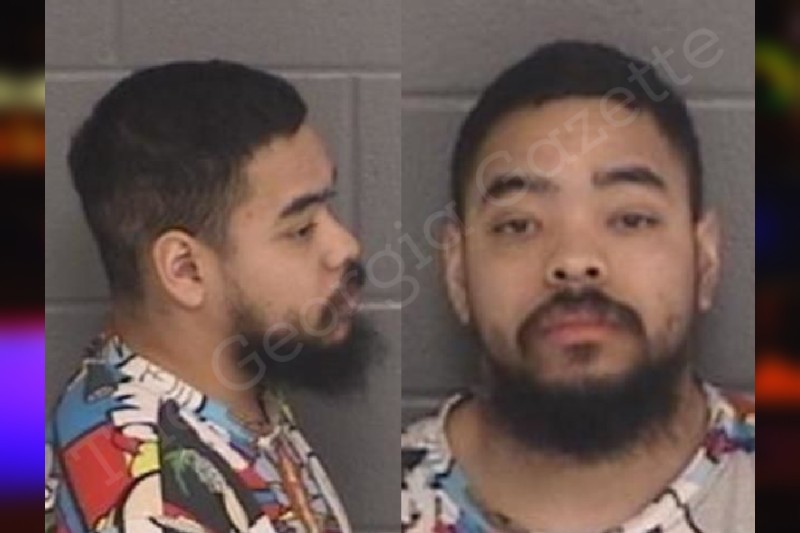 On 11-16-2022 at approximately 0330 hours, Cpl. Hill and I were dispatched to [600 BLOCK] Embassy Walk Winder, GA 30680 in reference to suspicious activity. While en route Central Dispatch advised us the caller heard what sounded like a gun shot. Dispatch advised the caller stated the male with the firearm needed someone to check on him because of his mental state. Cpl. Hill and I traveled in marked vehicle 407 code 1 due to Dispatch advising the shot had been fired 30-45 min ago.

Upon our arrival we were greeted by 2 males standing on the porch with a black case on the railing.

[VICTIM #1] advised us that the gun on the railing was the only gun they had and that there were not any other guns inside the residence.

We then had [VICTIM #1] and the other male, later identified as Jabree Haynes, come down off the porch away from the weapon to speak with us.

Ofc. Perrin then walked up the porch to the weapon to assure that it was safe and empty.

While speaking with them both I asked who shot the weapon. Jabree had advised us he accidentally discharged the weapon.

[VICTIM #1] advised that he then got out of the vehicle and went back to the house to inform Jabree that [WITNESS #1] had called the police.

After speaking with [VICTIM #1], Cpl. Hill and I walked down to speak with [WITNESS #1].

While I was reading the text conversation, I observed [VICTIM #1] tell [WITNESS #1] that Jabree had become upset from playing the game and in result pulled his monitor down and shot it with his firearm.

After speaking with [WITNESS #1], we spoke separately with [VICTIM #1]. [VICTIM #1] advised the same thing he stated before. He also advised us where Jabree’s bedroom was located.

We then asked Jabree if we could enter the residence to see where the damage had been done. He advised us that we could go in and advised us how to get to his room.

While entering Jabree’s room, I observed holes in the walls, clothes on the floor and open containers of alcohol on a computer desk. I observed a monitor on the floor under the desk with what appeared to be a bullet hole in the middle of it.

While standing with Jabree as he filled out his written statement, I asked Jabree if had he been drinking. Jabree advised me that he had been drinking.

After collecting the written statements from both Jabree and [VICTIM #1], I determined that I would be placing Jabree under arrest for reckless conduct. Even though Jabree was located in another room when he discharged his firearm, [VICTIM #1] was sitting in the living room which was located in the general direction that Jabree had shot in. Jabree could have seriously injured [VICTIM #1] during this negligent act. Jabree was also intoxicated during the incident.

Cpl. Hill and I walked back over to Jabree and I informed him that he was under arrest for reckless conduct. I then placed Jabree in handcuffs behind his back checking for proper fit, and double locked. I searched Jabree incident to arrest for weapons, contraband, and means of escape with negative findings. Jabree was then placed in the back seat of my marked patrol vehicle and secured with the lap and shoulder belt.

Cpl. Hill and I then confiscated Jabree’s firearm and firearm case. The case was black in color with ‘Canik’ engraved on the top. Inside the case was a black 9mm pistol with a an aftermarket optic, 2 empty 18 round magazines and other miscellaneous accessories for the pistol.

I then transported Jabree to the Barrow County Detention Center.

Upon our arrival to the jail, Jabree and his personal belongings were relinquished to jail staff.

I procured the following warrant against Jabree Alexander Haynes;

Watch Guard Body Camera was worn and activated for this investigation.

My in-car camera #407 was activated

I took Photographs of the firearm and attached them to case report.

Ofc. Perrin took photographs of the scene and attached them to the case report.

Evidence was properly packaged and then recorded on Winder Receipt for Property #A-28616.

The evidence was then placed in evidence locker #4.