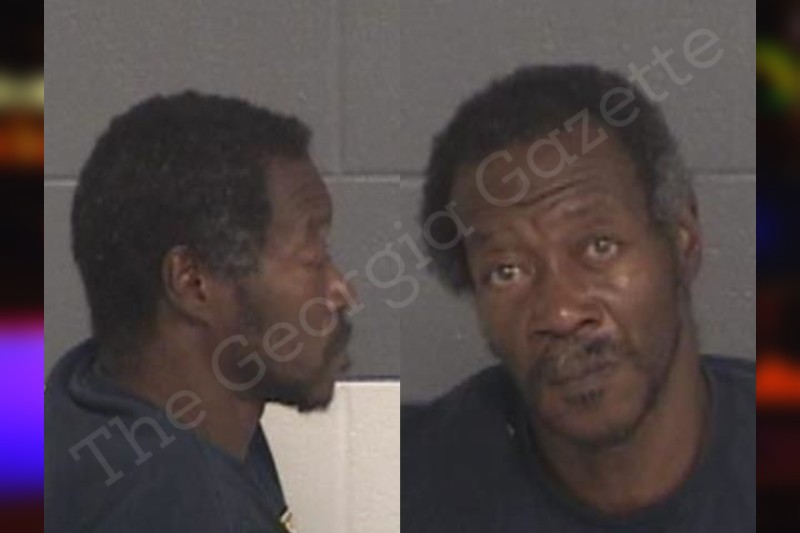 Reason(s) For Booking:
Possession and Use of Drug Related Objects

On November 9, 2022, at 2254 hours, I was patrolling in the area of Hwy 82 near Hwy 211 NE. While traveling westbound on Hwy 82, I noticed the vehicle in front of me did not have a working passenger-side brake light. I was able to catch up to the vehicle, a 1995 Buick Le Sabre with Georgia tag [REDACTED]. I initiated a traffic stop, utilizing my blue lights and siren, on the Buick on Hwy 82 just west of Hwy 211 NE. At this time the GCIC return indicated that the Buick had no valid insurance.

I approached the Buick and asked the driver for his driver’s license. The driver stated he did not have it on him but identified himself as Kyle Black. I told Kyle about the brake light issue and also told Kyle the Buick was showing no valid insurance and that I would need to see valid proof of insurance. Kyle stated he was in the process of buying the Buick but the registered owner was still holding the insurance on the vehicle. Kyle said he would need a few minutes to call the owner and get the proof of insurance.

I returned to my patrol vehicle to run Kyle’s license. I recognized Kyle from a stop a few weeks prior, during that stop, I saw that Kyle had some drug history. When I spoke with Kyle the rear-seat passenger, April Fowler, seemed very nervous. April moved around a lot and made multiple random statements. Based on my knowledge, training, and experience, over hundreds of drug investigations, on-the-job drug training, and advanced interdiction training. I recognized that April had the physical appearance of a drug user. April had poor dental care, shrunken facial features, and poor skin complexion.

I returned to my patrol car and ran both of these subjects. As I completed this, Sgt Russo arrived on the scene. I again approached Kyle and asked about the proof of insurance, Kyle said he had spoken to the owner who was confirming the insurance and would send him the proof via text message when he had it. I asked Kyle, Walter, and April to exit the Buick and stand at the front of my patrol car while we waited for that proof to come through.

A positive K9 alert was logged with dispatch and a probable cause search was conducted of the Buick. I started my search by opening the driver’s door, to see a glass pipe, used from the consumption of methamphetamine, laying between the driver’s seat and the door. I then popped the hood of the vehicle. Under the hood, a black box was located. Inside the black box were two containers, one glass, and one metal, a digital scale with crystal-like residue on it, two driver’s licenses for Kyle, and Kyle’s debit card. The glass container was empty. The metal container had several light tan mushrooms, commonly referred to as shrooms. These contain an illegal, schedule I controlled substance called Psilocybin.

After searching his pockets, I asked Walter if he had anything else on him, I could not see. Walter admitted having methamphetamine in a cigarette pack, located in the pocket of the shorts he was wearing underneath his pants. I retrieved the cigarette pack and removed a plastic baggy containing a clear crystal-like substance. Based on my knowledge, training, and experience, over hundreds of drug investigations, on-the-job drug training, and advanced interdiction training. I identified this substance as methamphetamine. While Walter was told he was under arrest, Walter had two prostatic legs and was not placed in handcuffs. A Deputy stood guard over Walter till the conclusion of the investigation and Walter could be secured into a patrol vehicle.

I joined Sgt. Russo to continue searching the Buick. In the rear seat, in the middle just behind the center console, was a laundry basket. I pulled it out of the Buick and began to look through it. In between two blankets I located another metal container, similar to the one from the black box. inside the second metal container was a clear crystal-like substance, just as before, I identified this substance as methamphetamine. The position of the container, anyone inside the Buick could have placed it inside the laundry basket. Deputy Crosby S-101 was called to the scene for a female search of April. No contraband was located on April’s person.

Walter possessed his own methamphetamine, and April was the closest to the laundry basket, but the container matched the one in the black box with Kyle’s belongings. I read Kyle his Miranda warnings and Kyle declined to talk to me. I decided that Kyle and April would have constructive possession of the methamphetamine located in the second container. The rest of the Buick was searched but no further contraband was located.

Miranda was also read to April and she agreed to speak with me. April stated the methamphetamine in the second container belonged to Kyle. That Kyle had slipped something into the laundry basket at the beginning of the traffic stop. April did not see what it was though.

Kyle was able to provide proof of insurance and was allowed to call someone to the scene to retrieve the Buick. [REDACTED] arrived on the scene and took possession of the Buick.

Probable cause was established for the following charges:

Warrants have been secured for all the above charges. Statham Police Department K9 case number is 2022-11-3178. Photographs from the Buick and evidence have been attached to this report.