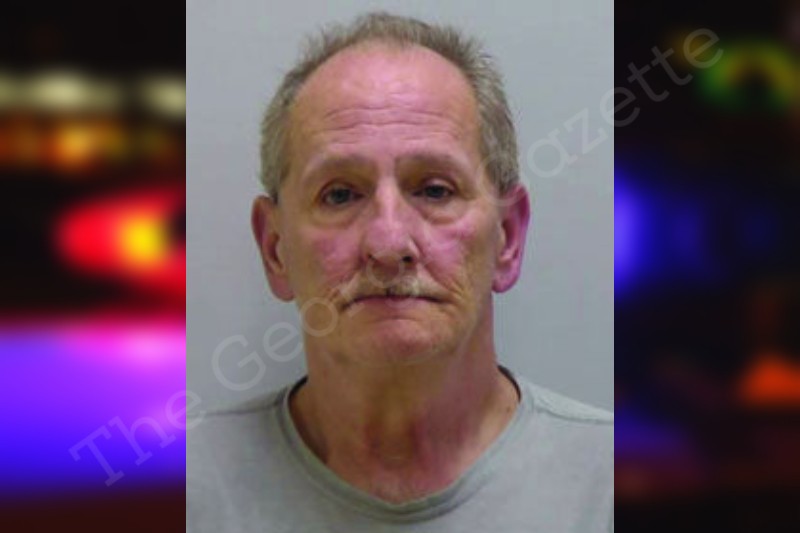 On Friday November 11, 2022 at approximately 1702 hours, I, Officer J. Nesbitt 012 with the Adairsville Police Department Uniform Patrol Division, was dispatched to [30 BLOCK] Kristen Court Adairsville, Bartow County GA in reference to a Domestic Dispute. Bartow E-911 advised a male subject had pulled a knife on the caller.

Lt. Skidmore #05, stayed outside the residence with Yother while myself and Officer Rickett made entry to the home through the front door. Upon entering the residence a female, later identified as [WITNESS #1], and a male, later identified as [VICTIM #1], were in the bottom level of the home. After making contact, [WITNESS #1] and [VICTIM #1] were relocated to the upper level of the home where they were questioned about the incident.

I relocated to the lower level of the residence to Lt. Skidmore as he was questioning Mr. Yother. I observed Yother holding a paper towel on his left hand with apparent blood soaking through it. Mr. Yother showed me a cut he had gotten near his thumb area on his left hand. Yother refused medical treatment and stated that he was fine.

Mr. Yother was placed in handcuffs and transported by Officer A. Alezano #010 to Bartow County Jail and charged with Aggravated Assault under the Family Violence Act.

All events were recorded on Body Camera.

I took photographs of the evidence.

All evidence was brought back to the Adairsville Police Department where it was bagged and placed into evidence lockers.

On Friday November 11, 2022 at approximately 1702 hours, I, Officer S. Rickett of the Adairsville Police Department was dispatched to [40 BLOCK] Kristen Court, Adairsville GA in reference to a physical domestic incident involving a knife in progress. Upon arrival I was met by Mr. [REDACTED BY AGENCY] at the front door of the residence. I asked Mr. Jack Yother if he was the caller he stated he was not but the caller was inside. I asked Mr. Yother if the person with the knife was still on scene. Mr. Yother advised me that he was the subject with the knife and that it was all a misunderstanding.

I approached Mr. Yother on the porch of the residence where I advised him to face away from me so that I could pat him down for weapons. Mr. Yother complied and advised that “[WITNESS #1]” had taken the knife and threw it into the yard. I observed a laceration on Mr. Yother’s hand and the blood soaked napkin he was holding. I asked Mr. Yother multiple times if he needed an ambulance which he refused.

Officer K. Nesbitt and Lieutenant J. Skidmore arrived on scene and began talking to Mr. Yother. I then entered the residence and began speaking to Mrs. [WITNESS #1] who stated earlier this date her and Mr. Yother were talking when she informed him that she had made Mr. [VICTIM #1] over her belongings when she passes away. Mrs. [WITNESS #1] advised me she had stage 3 cancer and was set to begin chemotherapy soon.

Mrs. [WITNESS #1] seemed to be ill and could not remember the events.

Officer Nesbitt took photographs of the scene and uploaded them to One Drive. Officer Nesbitt took the blood covered shirt Mr. [VICTIM #1] advised he was wearing during the altercation. Mr. [VICTIM #1] refused an ambulance and stated he had no injuries from the incident. All events were recorded on my body worn camera and saved into the Adairsville Police Department Evidence library. Officer Nesbitt placed Mr. Yother into handcuffs checked them for fit. Mr. Yother was transported to the Bartow County Jail without further incident.