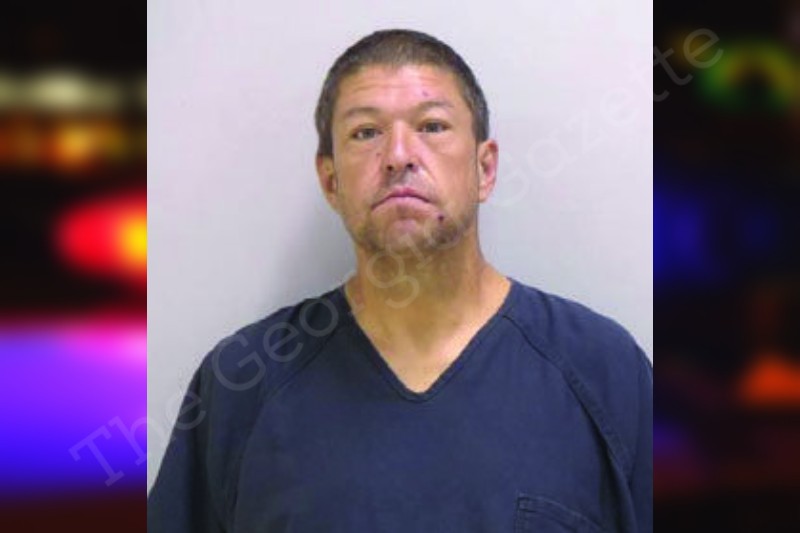 On Wednesday, November 10, 2022, at approximately 2359 hours, I was dispatched to 960 Joe Frank Harris Parkway, Cartersville, GA, at Piedmont Medical Center, in reference to a domestic dispute.

Upon arrival, I met with Officer Christopher Barnes, who was working security, who said he was notified of a female screaming in the parking lot for help.

When Christopher walked out to the parking lot, he observed Joshua Sircy and Patricia Vickery in a dispute.

Christopher said he observed Joshua’s hand on Patricia, but could not tell what he was doing from the distance between them.

Christopher was able to separate Patricia and Joshua.

I spoke with Patricia, who informed me her name was [REDACTED BY AGENCY] who said Joshua and her was in an argument over them needing a ride to pick them up from the hospital. Patricia said that Joshua kept thinking there were parasites on him and in his cup of cheese. Joshua was becoming more irate as time went by and began slinging the cup of cheese, causing it to get on the ground and Patricia. I observed cheese on the ground and on Patricia’s jacket. When I asked Patricia if things became physical with the two of them, she said no.

I spoke with [WITNESS #1], who said while she was in the parking lot, she observed Joshua with his hands around Patricia’s throat or him punching her, however, she could not tell which one was occurring. While Joshua had his hands on Patricia, Patricia began yelling for help.

I spoke with Patricia again and asked her why there was a witness that said she observed Joshua assaulting here, which Patricia informed me again that nothing physical had happened.

At this time, Joshua was placed under arrest for disorderly conduct due to his actions causing a disturbance to the public. Deputy Sean Simmer transported Joshua to the Bartow County Jail.

Deputy Todd Payne relocated Patricia to Quiktrip on Joe Frank Harris Parkway to standby to get picked up.

When I attempted to run [REDACTED BY AGENCY] in GCIC, I was unable to get a return. I had Deputy Payne stanby with her while I relocated there to verify her identity.

Upon arrival, I spoke with Patricia who said she was Barbara and that she could not remember her social security or driver’s license number due to having a stroke in the past.

Patricia’s facebook page was located, with a photo of her as her profile picture, along with pictures of Joshua on her profile. Patricia was shown the profile and still said her name was [REDACTED BY AGENCY].

A hospital band was also located on Patricia’s wrist, which had the name, Patricia Vickery, on it.

After placing Patricia under arrest, Patricia informed me that Joshua did poke her in the neck with his finger and said he was going to kill her during the dispute, which caused her to become scared due to not knowing what else he might do.

Joshua had also intentionally poured the cheese onto her jacket, which I observed and took a photo of with my bodyworn camera.

I did not observe any markings on Patricia’s neck.

Patricia informed me she did not tell the truth because she has been put in the hospital by him for a lot worse.

There were not witnesses to the threat.

When I ran Patricia’s information in GCIC, a notification for Joshua came back saying he had a stay away order against him to stay away from Patricia through Robertson County Sheriff’s office in Tennessee.

I contacted Roberston County Sheriff’s Office and was informed that the stay away order was still in place and that it was signed on February 17, 2022 by Judicial Commissioner, Joe Donald King.

I was also emailed a copy of the order to be printed and submitted into attachments.