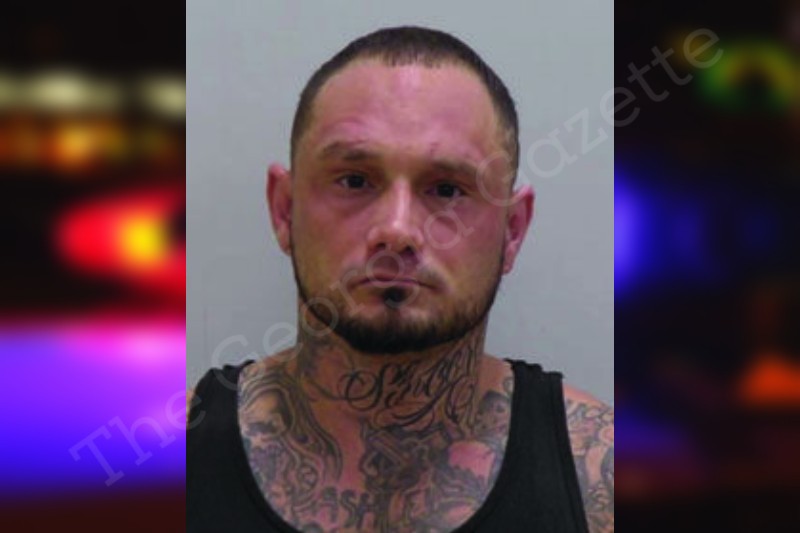 Reason(s) For Booking:
Possession of Amphetamine

On Saturday, November 5, 2022, at approximately 1428 hours, I was dispatched to the area of Terrell Drive and West Avenue in reference to an intoxicated male.

Upon arrival, I observed a white male standing outside a vehicle in the roadway with a flat tire. The male was observed to have no shirt on and sweating profusely. Upon making contact, the male was unable to stand still or keep eye contact with me when talking. I then asked the male for his license and he was identified as Mr. Michael Morrissey. While Mr. Morrissey was handing his wallet over to me, I observed a white powder substance fall from inside the wallet.

Mr. Morrissey was searched incident to arrest with no additional contraband located. DTF was notified of this incident. I asked Mr. Morrissey if he would perform a urine test in which he refused.

Bartow County Jail staff then refused to book Mr. Morrissey in due to his oxygen level dropping, and advised me EMS should have used narcan on him in regards to the narcotics ingested. Mr. Morrissey was transported to the Piedmont of Cartersville Hospital and left there for further treatment.

Due to Mr. Morrissey being transported to the hospital I obtained a warrant for his arrest for Possession of Amphetamine. The warrant is attached. Pictures from this incident are also attached.

The vehicle Mr. Morrissey was with was impounded by Wayne Martin’s Wrecker service.

The suspected amphetamine (1.7 grams) was entered into evidence at the Cartersville Police Department and a GBI submission form for a drug analysis was completed.