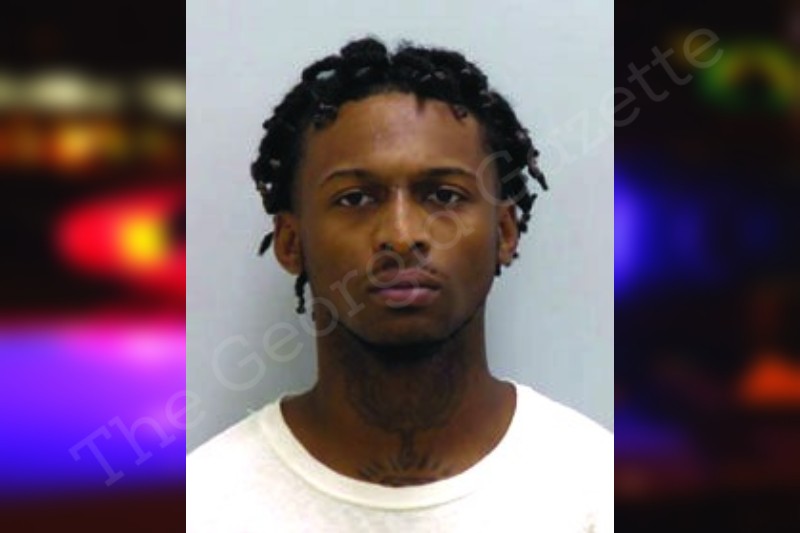 On Wednesday, October 19, 2022 at approximately 1255 hours, I was patrolling the area of Cassville Road and Goodyear Avenue. I attempted to make contact with black male who was known to have active warrants through Marlin, Texas for family violence – choking/suffocation 3rd degree, obstructing an officer, and was a recent suspect in Cartersville Police Department case of domestic violence.

I identified the male as Mr. Montel Mitchell by his previous booking photos through Bartow County as well as having a tattoo in the middle of his neck that resembled a ‘phoenix’. I made contact with the male at the intersection above. I asked if Mr. Mitchell had an I.D. in which he replied he did not. After identifying Mr. Mitchell, I let him know he was a suspect in a case and attempted to immediately detain him due to Mr. Mitchell having fled from Bartow County Units on October 15, 2022.

While attempting to detain Mr. Mitchell, a struggle ensued. I attempted to grab both hands of Mr. Mitchell in an attempt to place him in handcuffs behind his back. Mr. Mitchell immediately tensed up by stiffening his arms, pulling away, and began to yell saying ‘”why are you doing this”. While struggling with Mr. Mitchell, I continued to advised him he was a suspect in a case and I was detaining him. Mr. Mitchell began to pull away, in which I lost control of one of his arms, and was stuck on the top left of my head by Mr. Mitchell.

A photo of the outer carrier vest was attached to this report.

A copy of the warrant information and additional warrants were attached to this report.