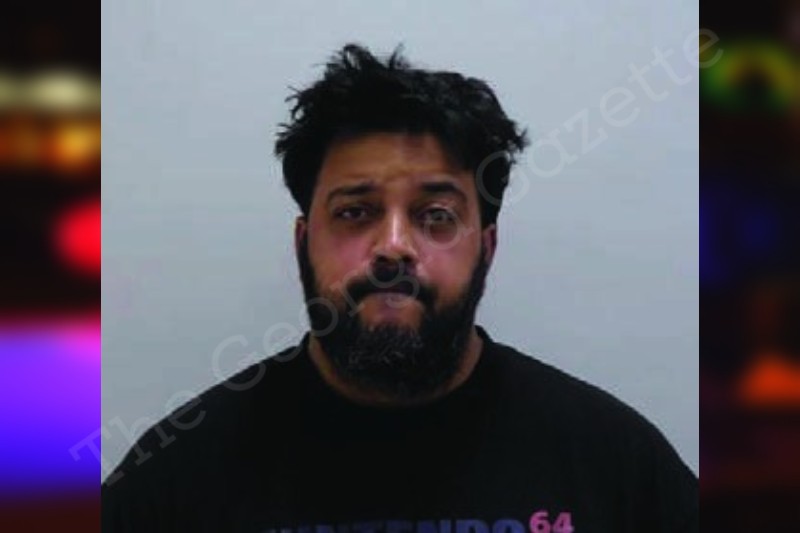 On 11/27/2022 at approximately 01:18 hours, I, Officer Burchett while employed by the Adairsville Police Department, was dispatched to [300 BLOCK] Rail Drive in reference to multiple 911 hang up calls where a female was heard screaming loudly before the call disconnected. Upon arrival I approached the front door of the residence where I heard a male shouting loudly and I also heard a female screaming loudly as if in pain or anguish.

The male subject, later identified as Mr. Wayndott Sarju, then stepped out of the residence. I detected the strong odor of alcohol coming from his person. I asked Mr. Sarju what was happening inside the residence between the female and himself and he answered that he and his wife were fighting about an incident that took place with his family over Thanksgiving and because his wife wasn’t caring about his son.

I then grabbed Mr. Sarju’s arm and wrist and placed him on the bench and ordered him to remain seated on the bench. Once seated I then entered the residence to speak to Mr. Sarju’s wife. The female identified herself as [VICTIM #1] and she stated that Mr. Sarju had been screaming and yelling and cursing at her so she attempted to call 911 to report the domestic disturbance.

[VICTIM #1] stated that Mr. Sarju then pushed her and put his hands over her mouth to prevent her from talking to 911. [VICTIM #1] stated she attempted to call 911 several times before Mr. Sarju finally grabbed her Iphone 13 Pro out her of hands forcefully and intentionally threw it onto the floor damaging the cell phone to prevent further 911 calls being made by [VICTIM #1].

Mr. Sarju continued to resist so myself and the deputy placed Mr. Sarju’s hands together behind his back and I placed Mr. Sarju into hand restraints and double locked them to prevent over tightening. I then explained the charges that I would be taking to Mr. Sarju and then placed him into the rear seat of my patrol vehicle.

I then transported Mr. Sarju to the Bartow County Jail where he was released to the jail staff without further incident.