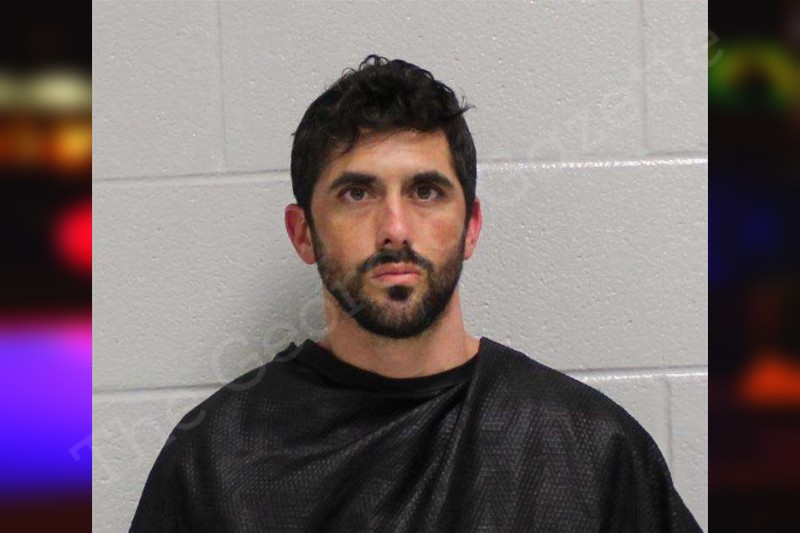 Officer’s Narrative:
[Please note: The following is a direct transcription from the official initial incident report. The Georgia Gazette does not fix any spelling or grammatical errors that may exist. Any changes or redactions made by our staff are placed inside brackets. Some errors may exist. All subjects are innocent until proven guilty in a court of law. Some of the topics discussed may be sensitive to some readers, discretion is advised.]

On 09/13/2022, at approximately 2300, I, Officer Wallen, was traveling north bound on State Route 61. I observed a white Ford Taurus, bearing GA tag ([REDACTED]), traveling ahead of my vehicle with the back trunk ajar. I observed a white female driving the vehicle. I ran the tag of the Ford Taurus on my in car computer. The G.C.I.C. return showed the driver’s license of the registered owner expired on 09/12/2020. The return came back to a white female, who I believed was operating the vehicle.

I provided the tag to dispatch, who confirmed the driver’s license was expired, making the driver unlicensed due to the time elapsed. I notified dispatch I would be initiating a traffic stop on the car. I activated my emergency lights, which activated my cameras. I exited my patrol vehicle and made a driver’s side approach. Once at the B frame of the vehicle, I identified myself as Officer Wallen with the Villa Rica Police Department. I observed an older white female to be the driver of the vehicle, supporting my belief she was the registered owner of the vehicle.

I explained to the driver I pulled her over because the registered owner’s driver’s license was expired. The driver advised the registered owner was her mother and she passed away. She stated she had not gotten the tag changed over to her name. I asked the driver for her information, in which she provided “Cynthia Leigh Rigsby (DOB [REDACTED]).” While at the B frame, I observed a white female, Kayla Leigh Williams (DOB [REDACTED]), sitting in the back seat, directly behind the driver’s seat, holding a small dog.

Williams continued to move around, moving her hands about while sitting in the backseat. I observed Williams placing items inside of bags around the floorboard and at her feet. Williams appeared anxious with my presence, looking around the cabin of the vehicle. She lit a cigarette, which I believed displayed nervous behavior, and I observed her hands to be unsteady while clutching her cigarette. Due to the behavior displayed, I asked Williams for her name and date of birth, which she provided. She later provided a Georgia identification card.

I observed the male passenger in the front seat reach under his seat continuously. I asked the male passenger for his name and date of birth and he provided “Robert Williams ([REDACTED]).” They male seemed to make a conscious effort not to make eye contact or look towards my general direction while I was at the vehicle.

I returned to my vehicle where I queried the information given to me from the occupants of the vehicle through GCIC. The driver came back with a valid driver’s license and no warrants. The rear passenger, Kayla Williams, had two active warrants out of Villa Rica Police Department. The name and date of birth the front passenger provided also had active warrants, but the picture that returned with the return did not appear to be the male on scene.

I relocated to the vehicle and asked Kayla to step out of the vehicle. Once out of the vehicle, I handcuffed, doubled locked, to the rear and searched her prior to placing her inside of my marked patrol vehicle. While exiting the vehicle, observed a Narcan in-between the floorboard and center console, near Kayla’s feet. This was also the general area I saw her moving about earlier in the encounter.

I confronted the male passenger about the information he provided, advising him he gave me a false name. The male provided “Charles Thomas (DOB [REDACTED])” as his legal name. The name provided was queried through dispatch who advised Thomas had three active warrants. One warrant through Temple Police Department and two warrants through the Carroll Sheriff’s Office. The warrants were confirmed with the last four numbers from social security number. Both agencies placed a hold on Thomas. Thomas was secured in handcuffs, double locked to the rear. Thomas was searched by Officer Earley and placed in the back seat of a parked patrol car.

I relocated to the Ford Taurus where the driver, Rigsby, was still sitting. Due to my experiences with users of illegal narcotics, and the mannerisms displayed by the passengers within the vehicle, I believed additional criminal activity to be taking place outside the initial stop reasoning. I asked Rigsby for consent to search her vehicle. Rigsby gave me consent to search her vehicle.

While conducting a consent search of the vehicle, I recovered a small plastic bag with a grayish purple powdery substance, believed to be heroin, inside of a black bag in the backseat. Inside the black book bag, I observed a small black plastic box with a magnetic strip and a silver small “Smokezilla” brand utensil on the top of the box; containing the same dry purple residue I earlier located. I located a small black bag, which contained several folded sheets of aluminum foil, plastic and paper straws, a lighter, and a metal pipe cleaner.

Due to my first hand experience, I am aware these items are commonly used to introduce illegal substances into the human body. I located a clear contact case containing a purple unknown substance inside of the black bag. I recovered the bottom of an aluminum can inside of a clear plastic Ziploc bag, which contained burned and charred mark on one side of the can, and a hard purple unknown substance on the other side. I also located two needles in the rear of the vehicle. I spoke to Kayla who admitted to the ownership of the drugs located inside of her bags and in her area.

I searched the trunk of the car, which was ajar, and discovered a small tin can located inside of a plastic bag in the trunk. Inside of the tin can, I observed three small plastic bags. The first bag contained a greyish purple powdery substance, believed to be Fentanyl, and it was similar to the bag I discovered inside of the vehicle. Bag two contained a clear crystal like substance, suspected of being methamphetamine. Bag three contained seven light blue pills with the imprint of “2/0” displayed on one side and “Y” on the other, identified as Alprazolam from Drugs.com.

Due to all occupants of the vehicle having access to the trunk and not being able to determine whom the owner of the drugs were, I placed all under arrest for possession of the controlled substances. Rigsby was handcuffed, doubled locked, to the rear and placed inside of a marked patrol vehicle. Carroll County Animal control was contacted and arrived to retrieve the puppy. All parties were transported and housed at the Carroll County jail. Using a Nark 2 Narcotics Analysis Regent kit the greyish purple powdery substance was tested and activated positive for Fentanyl.

All Narcotics were weighed:

Midway towing (List) removed vehicle from the scene. All evidence was weighed, photographed and placed into evidence (VR-18853) for processing. Kayla Williams was served with two Probation Violation Warrants from the City of Villa Rica Police Department T777501517 , T327000259, T327000260.