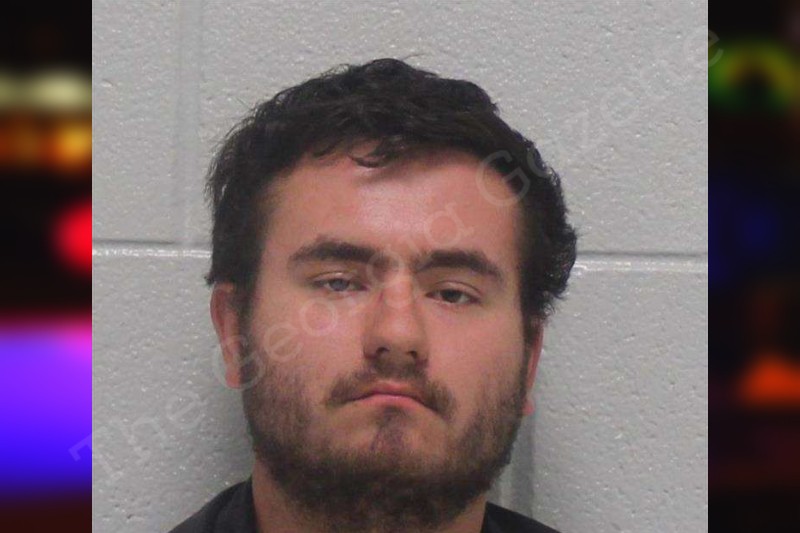 Upon arrival I could see a mailbox pole leaned over and a mailbox laying in the yard. I exited my patrol car and made contact with [VICTIM #1] and [VICTIM #2]. [VICTIM #1] began telling me that a subject by the name Landon Chambers came to his house looking for his ex girlfriend but she was not there nor had she been there at all. [VICTIM #1] stated that Landon began yelling and cussing and this was when [VICTIM #1] asked him to leave.

After Landon was told to leave, he took off through the side area of the yard and hit [VICTIM #1]’s white mailbox knocking the pole over and throwing the mailbox over farther into the yard. At this time [VICTIM #2] began telling me that Landon has not been acting like himself and does not usually disrespect them like he did on this date. [VICTIM #1] stated he wished to press charges against Landon due to this needing to stop because there was no sense in him acting like this and getting away with it.

[VICTIM #1] then advised me it would cost about $300 to have the mailbox fixed. I provided [VICTIM #1] with a case card so he would be able to obtain a copy for his records and then [VICTIM #2] advised me she would like the number to call in order to obtain a TPO against Landon that way he would not be able to contact her or her father or be around them anymore. I provided [VICTIM #2] with a victim brochure and how to get the TPO started on Landon.

After I got back in my patrol car, dispatch advised me Carrollton Police Department was out with Landon at [600 BLOCK] Cedar Street in Carrollton due to a domestic and asked if I wanted them to hold the subject. I advised dispatch I would be en route to the Carrollton PD’s location. While on my way Carrollton PD advised they would have charges as well on Landon. I then advised them I would meet them at the jail with my paperwork.

Once at the jail, Officer Cox with Carrollton PD arrived with Landon and I advised Landon I would be taking a warrant out on him as well for Criminal Trespass. Landon looked at me and shook his head and then continued speaking with Jail staff. Photos were obtained of the mailbox that was damaged.