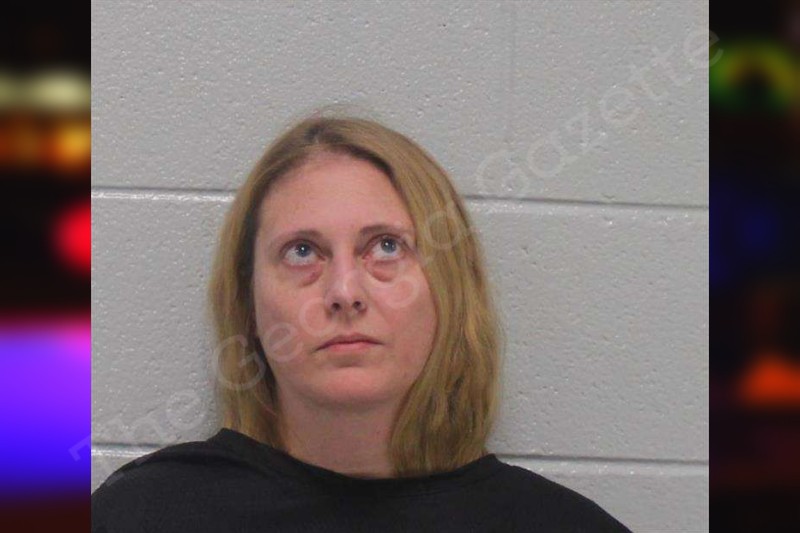 When I arrived on scene I made contact with the complainant, Megan Smith, at the front door of the residence and spoke with her in reference to the incident. Megan stated she and her ex husband, [VICTIM #1], had been arguing through the day. Megan advised she went into the bathroom to get away from [VICTIM #1] and was on the phone with her mother. [VICTIM #1] began knocking on the bathroom door and harassing Megan while she was on the phone.

I then went inside to speak with Megan a second time. Megan advised the incident happened at approximately 20:30 hours which was not the time she advised in her earlier testimony. Megan then showed me the bathroom where the incident was said to have occurred. Absolutely no damage or even paint transfer was observed to the bathroom door or the vanity drawer that Megan had blocking the bathroom door from opening. Megan then advised she lied about the original incident she claimed had taken place.

Both Megan and [VICTIM #1] were advised to stay separated for the night since they still both live in the same household. As I was leaving the neighborhood I was dispatched back to the residence in reference to the domestic dispute continuing after I returned to service. When I arrived at the residence I was approached by a female, identified as [VICTIM #2], and spoke with her in reference to the secondary incident.

[VICTIM #2] advised she and her father [VICTIM #1] were downstairs as instructed by law enforcement. Megan came downstairs and began yelling and attempted to start a physical confrontation with [VICTIM #2] and [VICTIM #1]. Megan then began throwing [VICTIM #2]’s clothes out into the driveway and approached [VICTIM #2] with an aggressive posture where [VICTIM #1] had to step between them. [VICTIM #2] had video evidence on her phone supporting her testimony.

I then made contact with Megan who had retreated back inside the residence when she saw law enforcement arrive. Megan was advised she was under arrest and was placed in handcuffs that were checked for fit and double locked. Megan was then escorted to my patrol vehicle and transported to the Carroll County Detention Center. [VICTIM #1] was provided a case number to reference this report and advised of other available resources to assist him and prevent future incidents.

Megan was charged with Disorderly Conduct upon arrival to the jail. A warrant will be taken for Megan for the offense listed above.