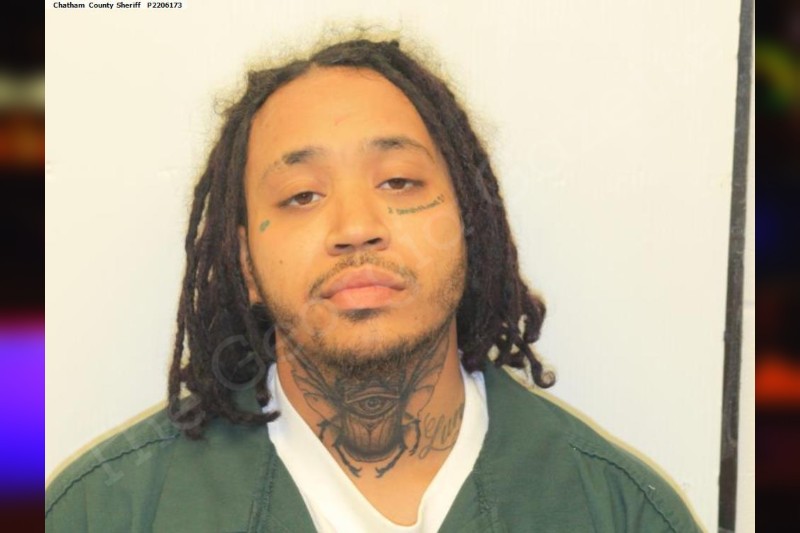 On November 10th, 2022, at approximately 0620 hours, I, Officer Fortune, was dispatched to a shots fired call at Ogeechee Rd and Victory Dr. I made contact with the reporting party, [VICTIM #1].

Ms. [VICTIM #1] had a small circular laceration on her arm that did not appear to be consistent with a gunshot would. Possibly from the glass.

Ms. [VICTIM #1] described the firearm as a large all black handgun, a long barrel, and the ammunition had gold casing. She stated Mr. Bennett carries it frequently. She was not sure what kind of firearm it was.

Ms. [VICTIM #1] gave me consent to search the vehicle for the projectile and where the bullet might have damaged the vehicle. I observed damage to the window that appeared to have two holes within two inches of each other. I observed debris from the window on the side of the headrest. However, I could not find a projectile or damage from a projectile inside the vehicle. I found a black phone underneath the passenger front seat. I took pictures of the phone and left it for detectives.

Ms. [VICTIM #1] did not know the exact address, however, she agreed to ride in the back of my patrol vehicle to drive by the general area to get a better idea. There was another call for shots fired at [1200 BLOCK] W Victory Dr. Officers were on scene for that call and when I drove Ms. [VICTIM #1] by, she stated the apartment that Mr. Bennett lived in was on the top floor in the north west corner of the building. Officers went to attempt to make contact with Mr. Bennett.

Detectives were notified and responded.