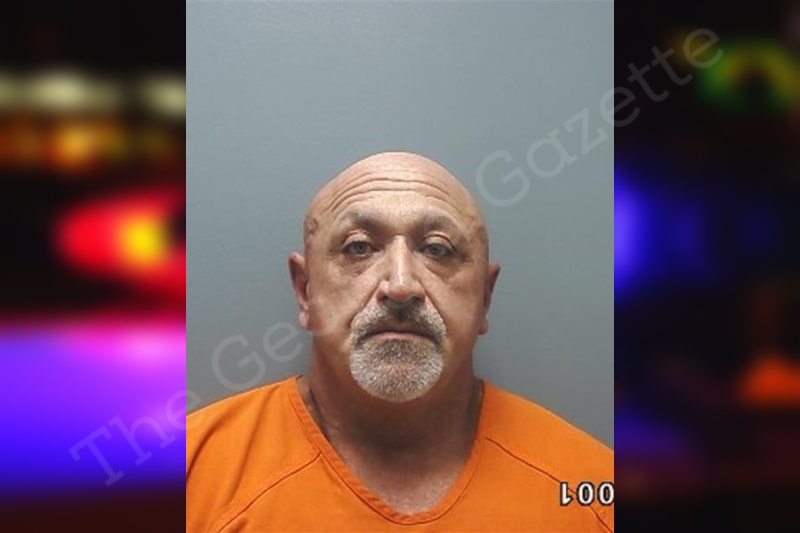 On July 8, 2022, at approximately 0651 hours, I responded as backup to Oak Grove units at the intersection of Highway 92 and Dixie Drive regarding a fatality traffic accident. I arrived on scene and met with Sgt. Lupo, who advised his shift had been dispatched to a possible hit and run at that intersection involving a tractor and trailer.

The driver of the truck, identified as John Chadwick, said he was struck by a vehicle as he was attempting to turn left off of Dixie Drive. John said the vehicle left the scene, so he repositioned his truck and trailer to get out of the roadway. While cleaning the debris out of the roadway, units realized that there were pieces from the interior of the missing vehicle at the scene as a result of the collision.

The missing vehicle, a Jeep Wrangler bearing Georgia tag [REDACTED], was found off the roadway at the intersection of Highway 92 and Quail Run. The driver of the vehicle, later identified as [VICTIM #1], was deceased inside the vehicle. John and the truck and trailer had been relocated to the parking lot of Dixie Speedway off Dixie Drive. D/S Mills responded to evaluate John for indications of impairment while I conducted the collision investigation.

Based on the damage to the Jeep and the trailer attached to the truck, the Jeep struck the trailer near the middle of the trailer while traveling West. The Jeep went completely underneath the trailer before exiting and continuing to its rest at Highway 92 and Quail Run. [VICTIM #1]’s injuries also appeared consistent with the collision. Photos of the scene, the Jeep, the tractor and trailer, and [VICTIM #1] were taken.

Wreckers were requested for the vehicles involved. John agreed to be transported to the Oak Grove precinct for a blood draw after D/S Mills completed his field sobriety evaluations. The tractor and trailer were impounded by Neese Towing and taken to their impound lot for further investigation. The Jeep was transported to Cherokee Fire Station 1 to remove [VICTIM #1] from the vehicle.

After [VICTIM #1] was removed from the vehicle, the Jeep was taken to the impound lot of Ingram’s Wrecker Service for further investigation. MCCD was requested and responded to the Neese Impound Lot to conduct an inspection. Video footage of the collision was obtained from All Tech Collision at the corner of Dixie Drive and Highway 92. Video from a dash camera system inside the truck was later obtained from Atomic Transport.

In reviewing both videos, it appears that John comes to a stop at the stop sign on Dixie Drive where it intersects Highway 92. After coming to a stop, John initially checks both directions for traffic. He looks left, looking at westbound traffic, and appears to watch a van pass in front of him. After watching the van pass, John never looks back left for approaching westbound traffic. He appears to be watching for an opening in eastbound traffic when the Jeep can be seen striking the side of the trailer. John stops and exits the truck.

Both the dash camera and collision center videos show that the Jeep’s headlights were illuminated at the time of the collision. After reviewing the evidence available, I contacted John by phone on October 21, 2022 and asked to speak with him about the collision again. John said he had extensive experience driving commercial vehicles. He said he approached the intersection and stopped at the stop sign. He left the stop sign and began accelerating through the intersection.

He mentioned multiple times that the Jeep should have slowed down while he was across the roadway to give him time to cross. Based on the evidence available, I believed John failed to yield to [VICTIM #1]. John’s failure to yield to approaching traffic after stopping at the stop sign was in violation of OCGA 40-6-72(b). John’s failure to yield caused the collision, and the collision was the cause of [VICTIM #1]’s death.

I informed John I would be securing arrest warrants against him for Failure to Yield after Stopping at a Stop Sign and Homicide by Vehicle in the Second Degree. John said he would willingly turn himself in after the warrants were taken. After finishing speaking with John, I was granted arrest warrants against him for the above charges. I contacted John and informed him that the warrants were secured. He later told me he intended to turn himself in to the ADC on the following Monday, October 24, 2022. As of this report, John has not turned himself in.

On July 8, 2022, I responded as backup to a “hit and run” call at Highway 92 and Dixie Drive. I arrived and met with Deputy Steer. Deputy Steer informed me the caller believed someone hit the rear of the trash hauler trailer he was pulling. I noticed the semi parked in the turning lane at the intersection. I also noticed a large amount of metal and fiberglass debris in the intersection. I was told the debris may have been from a pick-up truck camper shell.

I started to survey the scene and noticed large pieces of structural metal from a vehicle. The debris field started at the intersection and continued westbound on Highway 92. I also noticed a large piece of the fiberglass did not appear to be a camper shell, but rather a Jeep Wrangler hard top. A part number was located and after a quick google search, I confirmed the pieces belonged to a Jeep Wrangler. I also noticed headrests, sun visors, and a garage door opener amongst the debris.

Due to this, I believed a much more serious wreck occurred and the driver may be injured in the area. I called Corporal Thompkins and asked him to patrol the immediate area. Moments later, he came over the radio stating he found the vehicle at the intersection of Highway 92 and Quail Run. He also advised the driver was deceased. The roadway debris was mostly cleared at this point; however, I took a few photographs before leaving the impact area.

Corporal Bennett and I returned to the area of impact at Highway 92 and Dixie Drive. Gouge marks and roadway scrapes were photographed and marked. Afterwards, I attempted to meet with someone at the business of All Tech Collision. This business sits at the intersection and is equipped with exterior cameras. I was unable to speak with someone as the business was closed for the Independence Day holidays.

I then returned to service.