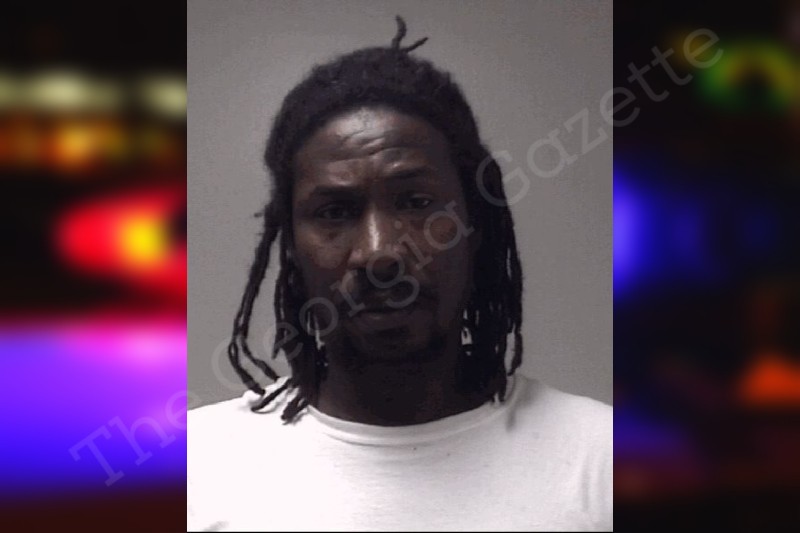 UNLAWFUL CONDUCT DURING A 911 CALL

On July 9, 2021, I was advised by Capt. Jordan that the 911 center had reached out to our office in reference to numerous (possibly in the hundreds) of calls to their center from Reginald Gates. These calls are frequently made to the point they interfere with the operations of the 911 center, and the employees there know Gates’ voice when he calls. Each time Gates calls the center, he calls from an unknown or blocked number, and they are unable to map his location. Each call involves Gates reporting a crime or issue at the apartment of [REDACTED BY AGENCY] at [200 BLOCK] Lakeside Way. Each time emergency services are dispatched, the reports are unfounded.

911 operators even identify Gates by name when he calls, but he either ignores them calling his name, or becomes combative and hangs up. They have obtained numbers on occasion that have been linked to Gates. He often identifies himself as Mike Jones. On this date, he even called the Sheriff’s Office to make the same claims to one of our other investigators, which I was advised has happened before also. Researching the history of these events, I pulled the following case numbers, dating back to May 17, 2021:

All of the above case numbers are in regard to Gates’ constant, almost daily harassment and false reports to [REDACTED BY AGENCY] and 911. In some of the reports listed, there are reference to approximately 50 calls in a month’s time to 911, and [REDACTED BY AGENCY] reports at least 17 in one day. As this issue has gone on, it has escalated to Gates now threatening [REDACTED BY AGENCY] in his text messages. Given that warrants have not been obtained yet, I had 911 compile a list of 911 calls and CAD screens to assist in documenting these events for warrants to be obtained. I also had [REDACTED BY AGENCY] come to the Sheriff’s Office to provide a statement and provide copies of her messages from Gates.

When [REDACTED BY AGENCY] arrived, I recorded our interview on my BWC. [REDACTED BY AGENCY] advised that she met Gates over a year ago at the pool at Lakeside. They became friends and eventually starting dating. During this time, she learned that Gates was already living in Lakeside with another female and her kids, a fact which Gates had hidden from her. [REDACTED BY AGENCY] said she continued to see Gates, and he often stayed at her apartment for several nights in a row.

[REDACTED BY AGENCY] said some time around April of this year, Gates abruptly moved out of Lakeside and went to Tuscaloosa. She said this was because he had been charged with battery and child cruelty involving his other girlfriend’s kids. Gates currently has outstanding warrants for our agency on these charges. For the first few weeks, [REDACTED BY AGENCY] traveled to Tuscaloosa to visit Gates, however after a few weeks she said he became violent and they had a fight. That visit was the last time she saw Gates. From that point on is when the harassment began. This was around the beginning of May, and our first reported call was May 17th.

[REDACTED BY AGENCY] showed me several messages and phone numbers in her phone. Some of these messages were threatening in nature to include him saying he knows where she and her family are, and that he follows them without knowing. He also says he will shoot them, and that either she or someone close to her will die. The most recent of these involves the threat of him shooting at her on July 5, and that night [REDACTED BY AGENCY] also had someone bang on her door and run away. [REDACTED BY AGENCY] is in fear that Gates has moved back to the Newnan area.

In addition to the above information provided by [REDACTED BY AGENCY] I also listened to numerous 911 calls while she was here. Given her long term personal knowledge of Gates, I had her listen to the calls. On every call we listened to, [REDACTED BY AGENCY] was able to identify with absolute certainty that the voice she heard was Gates. In these calls, Gates always used her apartment address each time, and identified it as his ex-girlfriend’s apartment.

Some calls involve drugs or domestic disputes, and some even are reported to be someone armed with a gun or shooting. Each time, [REDACTED BY AGENCY] answers the door, cooperates with deputies, and the cases are found to be false. In several of these calls, Gates has identified himself as Mike Jones, and will not give his real name. [REDACTED BY AGENCY] said Gates told her personally that he has called 911 before using the name of Mike Jones.

Given that Gates has used so many different numbers and blocked them by calling on administrative lines, it has been difficult to locate him. There was a ping performed on the July 5th incident which showed it was in the area of Amlajack Blvd in Newnan. This further supports the fear of [REDACTED BY AGENCY] that Gates is back in Newnan. The following is a list of numbers that are or were reported to be used by Gates in previous reports, 911 calls or identified in [REDACTED BY AGENCY]’s phone:

Given all of the facts and circumstances above, I will be seeking warrants for Gates on the charges of Terroristic Threats. Stalking, Unlawful 911 Conduct and Transmitting False Public Alarm.