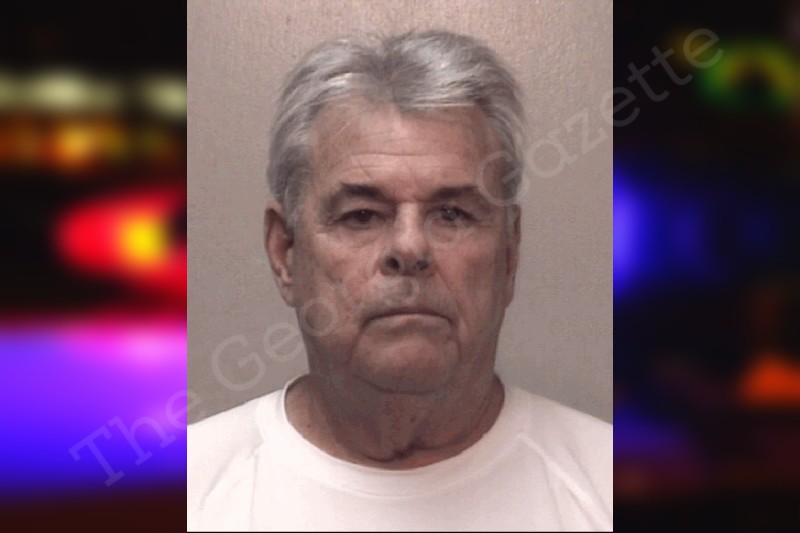 On Monday, September 19, 2022, at approximately 0147 hours, Officer Williams with the Senoia Police Department was dispatched to [100 BLOCK] Brittany, located in the City limits of Senoia, Georgia, Coweta County, in refernce to a suspicious person.

On Monday, September 19, 2022, at approximately 0147 hours Officer Williams with the Senoia Police Department, was dispatched to [100 BLOCK] Brittany Lane, located in the City limits of Senoia Georgia, Coweta County, in reference to a suspicious person.

Officer Williams spoke with Ms. [VICTIM #1], the homeowner at [100 BLOCK] Brittany Lane. Upon Officer Williams speaking with the homeowner, she stated that she was awakened by a “blaring car horn”. Ms. [VICTIM #1] stated that she looked at different cameras that were stationed on the outside of her home, and observed Mr. Walsh’s white in color Ford Explorer resting up against her house.

On Sunday, September 18, 2022, Officer Williams had dealings with Mr. Walsh in reference to a mailbox being knocked down by a vehicle, case number (22-3733). Mr. Walsh received a citation for duty upon striking a fixed object. Mr. Walsh seems to be having mental episodes and is very obvious that Mr. Walsh should not be behind the wheel of any vehicle.

Officer Williams advised Mr. Walsh that he was under arrest and placed handcuffs on him that were double-locked and checked for fit. Mr. Walsh was then searched and placed in the rear seat of Officer William’s patrol vehicle where he was secured in a seat belt. Officer Williams noticed a small dog in the back seat of Mr. Walsh’s vehicle. Sgt. Forrester placed the dog in Mr. Walsh’s house and secured the residence. An impound report was created. Embrey’s towing service was requested and took possession of the vehicle.

Officer Williams then transported Mr. Walsh to the Coweta County Jail for booking. Due to Mr. Walsh having an accident jail staff asked Mr. Walsh a series of basic questions like who is the president of the United States, and what year was it. Mr. Walsh answered both questions incorrectly. Due to all of the incorrect questions that were asked the jail refused Mr. Walsh.

Mr. Walsh was then transported to Piedmont Newnan Hospital, where he was medically cleared for jail. Mr. Walsh was then transported back to the Coweta County Jail where he was turned over to jail staff. Mr. Walsh was charged with aggravated stalking, disorderly conduct, and criminal trespass. A victim notification form was filled out at the jail and was given to jail staff. A copy of the victim notification form will be attached to the report.