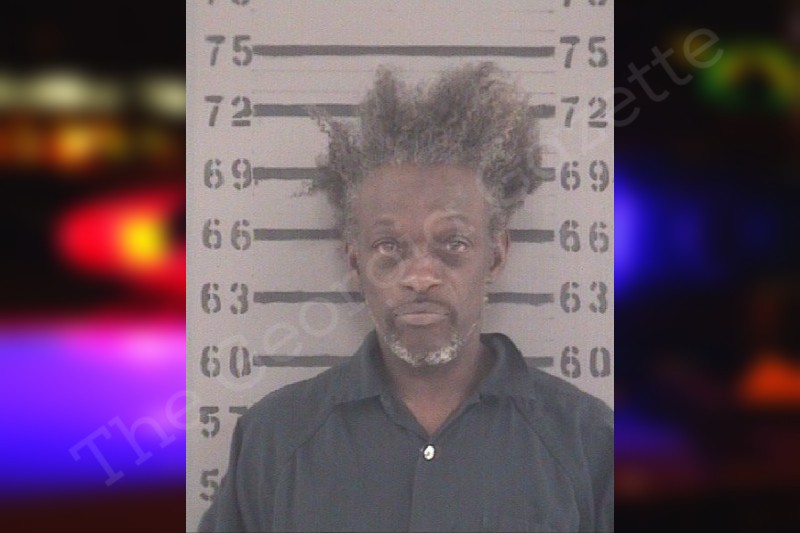 On October 2nd of 2022, I responded in normal patrol mode to [1300 BLOCK] S. Madison St. Apt. [REDACTED] in reference to discharging firearms. Upon arrival, I attempted to make contact with subjects at the scene who were irate and yelling. I requested police assistance. Cpl. J. Summerling and Cpl. J. Keith arrived and assisted with controlling the scene.

[VICTIM #1] allowed me to make entry into [1300 BLOCK] S. Madison St. Apt. [REDACTED] and assisted with locating the knife used in this incident. A small kitchen knife was located in the kitchen and photographs were collected before seizing it as evidence. See Cpl. J. Keith’s supplement in reference to locating the firearms used in this incident. Cpl. Keith provided me with the firearms and it was later returned to [VICTIM #2] and [WITNESS #1]. I took photographs of the firearms to log into evidence. See Cpl. J. Summerling in reference to Banks’ verbal statement.

Banks was detained in double-locked handcuffs to the rear. Banks was searched for weapons and contraband with negative results. Banks was placed in the rear seat of patrol vehicle 19-053. Cpl. J. Keith and Cpl. J. Summerling detained [VICTIM #2] and [WITNESS #1] in double-locked handcuffs to the rear and were later released. Banks was transported to the Albany Police Department- Investigations (201 W. Oglethorpe Blvd.). Banks was placed in interview room C and released from handcuffs.

The Dougherty County EMS Med Unit 1 responded to the Albany Police Department – Investigations to check on [VICTIM #2]’s injury. Det. N. Ellis charged Banks with terroristic threats and acts – FV (felony) and battery. Banks was placed under arrest in double locked handcuffs to the rear and placed in the rear seat of patrol vehicle 19-053. Banks was transported to the Dougherty County Jail.

Banks asked about bonds while transporting him to jail. Prior to entering the jail, my service weapon (Glock 22 Gen 4 #:PSL793) was placed and secured in the trunk of patrol vehicle 19-053. Banks was released and turned over to the jail intake Officers. The rear seat of patrol vehicle 19-053 was checked for contraband and weapons with negative results.

Sgt. N. Price was notified of this incident and responded to the scene. All parties were checked through GCIC/NCIC with negative wants. A supplemental report was completed in reference to logging in evidence. This case is domestic in nature due to both parties formerly living together in the same household. This incident was recorded on my Watch Guard Body Camera. This case was turned over to Det. N. Ellis with the Criminal Investigation Bureau.