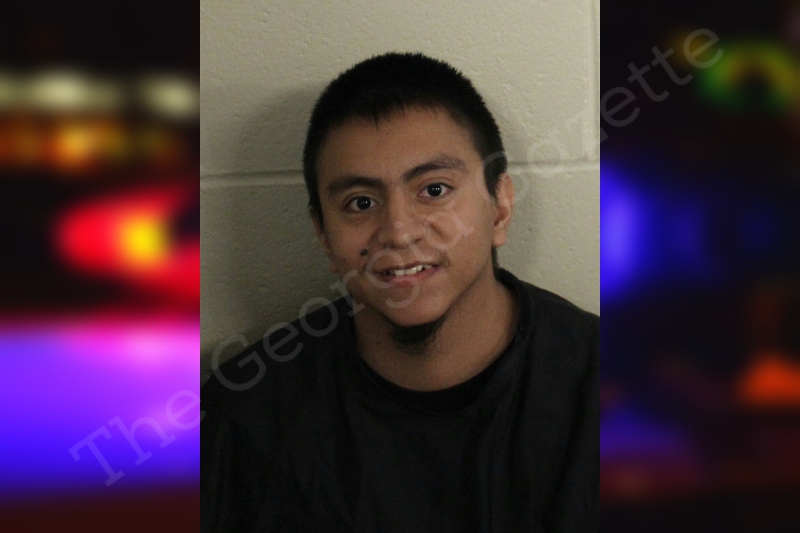 SEXUAL BATTERY AGAINST CHILD UNDER 16

On October 7, 2022 (Friday) I, Pfc Gilbreath was working at the Coosa Valley Fairgrounds in full uniform.

As I patrolled the fairgrounds on foot a deputy walked quickly past me pointing and saying “I think they got him.” I picked up the pace walking toward the area where the police vehicles were parked. It was at this time I caught up to Deputy Mike Williams and asked him what was going on. He advised me that a 14 year old female [REDACTED BY AGENCY] had told a deputy that a man had asked her to come talk with him. She said no and he then slapped her on the butt. As she told the deputy this she also said she had a picture of the man. She showed him a picture of a Hispanic male in a black shirt with a black hoodie around his shoulders, wearing glasses and a blue disposable mask. She then exclaimed “There he is!” and Deputy Williams saw the man that she had just showed him in the photo.

Mr. Granados-Villanueva was placed under arrest. Handcuffs checked for fit and double locked. Pfc Hunter Young who was on patrol in the city of Rome then came and transported him to the jail for me where he was booked without incident.

Mr. Granados-Villanueva had an IV in his left arm and advised us he has to have his food through the IV. We got his mother’s number and called her. She was also at the fair. We then advised her of what had taken place. I put her information on the booking sheet so the jail could get in touch with her if they needed to due to his medical condition.