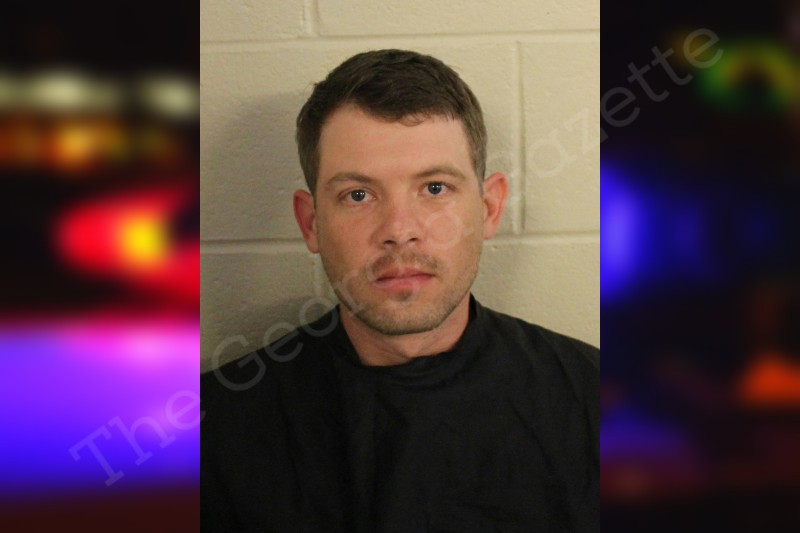 On December 4, 2022 I was dispatched to [3200 BLOCK] Cave spring Rd in regards to Mrs. [VICTIM #1] stating that Mr. Wheeler was on his way over to the house and was threatening to burn down the house with her and all 5 kids in it.

While waiting in hiding spots around the house I asked dispatch if the court order Mr. Wheeler has advised that he was to have no contact with her what so ever directly or indirectly. I was advised by dispatch that he was to have zero contact with Mrs. [VICTIM #1]. As we were waiting for Mr. Wheeler I observed a grey Jeep pass me traveling eastbound on Cave spring Rd.

We began giving Mr. Wheeler verbal commands to step out of the vehicle and to keep his hands where we could see them Mr. Wheeler was commanded to start walking back wards toward the sound of out voices once told to stop Mr. Wheeler was placed in hand cuffs which were double locked and fitted. Mr. Wheeler was taken to the back of my vehicle and searched prior to entering.

Once OFC Evans searched the vehicle and secured it we moved to the road and I conducted field sobriety on Mr. Wheeler to insure he was not driving under the influence of alcohol. During the Walk and turn Mr. Wheeler did not complete the turn as instructed by taking normal steps to turn rather than small steps as instructed. During the One leg stand Mr. Wheeler was struggling to keep his leg 6 inches off the ground and put it down 2 times during the evaluation. I determined that Mr. Wheeler was not under the influence of alcohol.

Mr. Wheeler was transported to the Floyd County jail. where he was booked and processed. Hand cuffs were fitted and double locked upon being placed the second time as well as the first time.

Backseat cleared before and after transport.