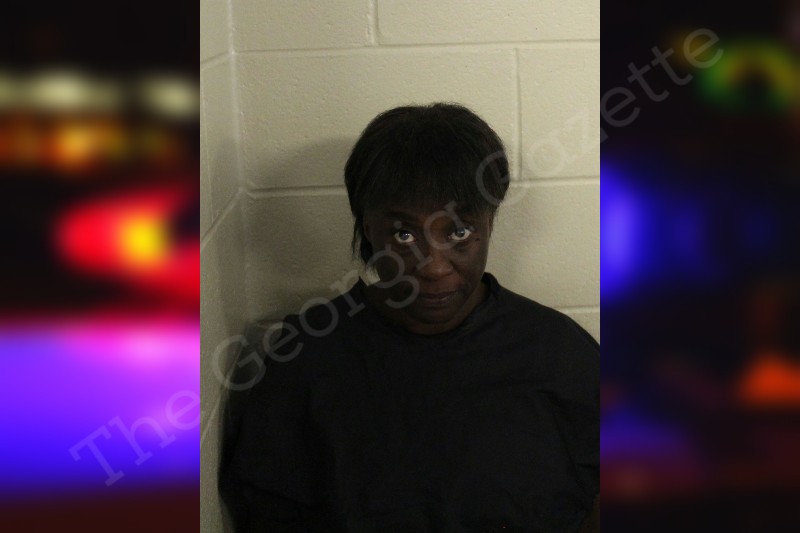 On Sunday, November 6th, 2022 at approximately 6:06pm, I was dispatched to a domestic located at a residence of [20 BLOCK] Paris Dr, Rome, Ga 30165. Dispatch advised that they could hear screaming in the back ground. While I was on the way to the residence, PFC Jennings arrived on scene. He advised me to get there quickly. At that time I notified dispatch that I was running emergency traffic (blue lights and sirens). As I approached Paris Dr from Shorter Ave, PFC Jennings advised that he had the suspect under arrest.

When I arrived on scene, I got out of my patrol car and began walking up to PFC Jennings and the female he had in handcuffs sitting on the curb in front of the house. As I was walking to him, I saw a male standing in the front yard and he asked for me to come speak with him. I then redirected and went to speak with the male who was later identified as [VICTIM #1].

Mr. [VICTIM #1] then showed me all the pieces of the vase that were lying in the front yard and on the front porch. While I was looking at all he pieces of the vase, I noticed some blood on the step of the front porch. He then showed me inside of the house. In the living room, I noticed something wet on the floor, more broke pieces of a vase, and broke lamp, and other personal belongings scattered around the room. Mr. [VICTIM #1] told me that all the belongings were [VICTIM #2]’s and would cost over 500.00 to repair and/or replace. Mr. [VICTIM #1] also mention that this has been an ongoing issue with Michelle.

I was unable to speak with [VICTIM #2] due to her having a stroke in the past which hindered her speech.

I took pictures of the broken vase pieces that were out in the front yard and a picture of Mr. [VICTIM #1]’s forehead with my body worn camera (BWC25). Pictures were printed off and attached to the case file.

Myself and PFC Jennings attempted to speak with Michelle but she would not listen to us and kept rambling on about other issues.

Due to the testimonial and physical evidence from Mr. [VICTIM #1], Ms. Michelle Mostiller was placed under arrest and escorted to my patrol vehicle. I then transported her to the Floyd county jail without incident. While on the way to the jail, dispatch advised that there was a current court order on Michelle that she as not supposed to be at [20 BLOCK] Paris Dr.

On Sunday November 6, 2022 Reserve Officer Jason Self Rpd #104 and I were assigned as a two officer patrol unit wearing designated patrol uniforms, and driving marked unit 158. At approximately 1806 hours we were dispatched to [20 BLOCK] Paris Drive in reference to a fight in progress. While en route Rome/Floyd E911 could hear yelling in the back ground.

Ms Mostiller stated she didn’t call us, and began to make erratic statements. Ms Mostiller was speaking so fast, it was hard to understand exactly what she was saying. At this time Ms Mostiller began walking away from me, I then gave Ms Mostiller a verbal command to stop walking away from us. I then heard Mr [VICTIM #1] state she had struck him in the head with a vase, and also had choked her mother who was inside the residence. After giving Ms Mostiller numerous commands to stop, she continued walking North on Paris Drive.

I continued to pursue Ms Mostiller as she was walking backward, facing me. I continued verbal commands to stop. Ms Mostiller at one point stopped in the road and stated “Your going to have to draw your gun, cause I am going to run”. Ms Mostiller then began to approach me in an aggressive manner. Considering the facts that she had already assaulted two residents within the house hold, and the statement about “drawing my firearm” I believed these statements/actions to be pre-assault indicators upon myself and Officer Self. With this in mind, I grabbed one of Ms Mostillers arms, hip tossed her, knocking her off balance and assisted her to the ground.

Ms Mostiller was escorted to her feet and then walked to the front of our patrol vehicle and sat on the curb. Ms Mostiller requested a supervisor, and Sergeant Greene was advised to respond to the scene.

Concluding the investigation, Ms Mostiller was determined to be the Predominant Aggressor and was transported to Floyd County Jail By Pfc Michael Bridges Rpd #25 for the listed charges.