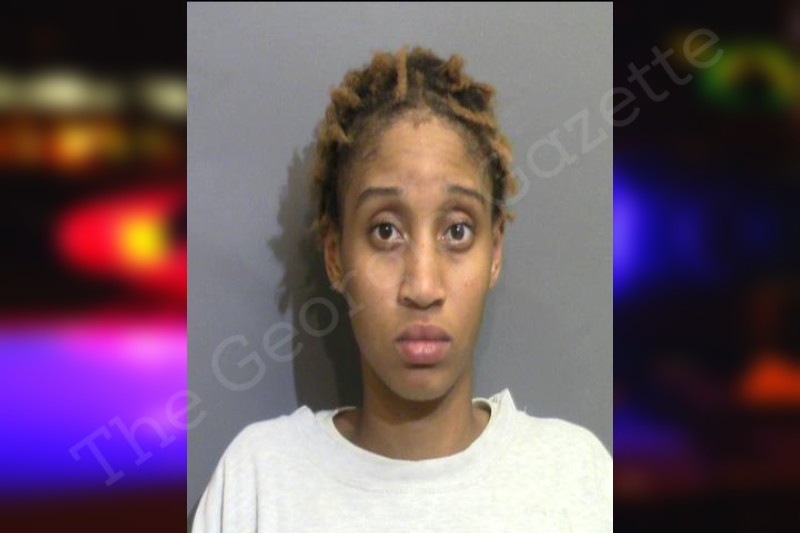 Reason(s) For Booking:
CRUELTY TO ANIMALS

Officer’s Narrative:
[Please note: The following is a direct transcription from the official initial incident report. The Georgia Gazette does not fix any spelling or grammatical errors that may exist. Any changes or redactions made by our staff are placed inside brackets. Some errors may exist. All subjects are innocent until proven guilty in a court of law. The topics discussed may be sensitive to some readers, discretion is advised.]

On May 9th, 2022, at approximately 2:53 pm, I responded to [1000 BLOCK] Old Jesup Rd Lot[REDACTED], in reference to a problem person/animal welfare call. While en route dispatched advised me that people on scene are having a verbal altercation.

Avanti stated that they’re in the process of moving. Avanti stated they come to the house every day to feed the dogs. Avanti stated the smell of the dead dogs are because the dogs passed away outside. Avanti did admit that one dog did also pass inside the home as well. I asked her when did the dog pass and she believes it passed on Saturday. Avanti stated they normally come and feed the dogs everyday but due to her grandmother passing she couldn’t get over to the house. Avanti explained her house has a hole in the floor due to the landlord not fixing it. Avanti said her dogs escaped and had puppies under the house and they are not able to get all of them. I asked Avanti how many dogs they have, and she stated 5 but they’re not sure how many are under the house. I contacted Animal Control and requested an officer come out to this address due to the animals that passed away.

I asked Officer Fair if he could look at the back of the house for me and he responded yes. Ofc. Fair told me that he observed 2 dogs remains on the left corner of the house. Ofc. Fair advised me that the dogs have been dead for a while. I then asked Officer Fair if he could check the house inside to see if there was a dead animal in there as well. He observed another deceased animal that was in the kitchen, that was covered in flies and maggots, it looked to have been there for more than a week.

I went back and spoke with Avanti and asked her if the dogs were her responsibility to take care of. Avanti responded that the dogs were her responsibility. I asked her how often she checks on the dogs, and she responded every night. I then asked her why 3 dead dogs were there. Avanti responded that one of the dogs that they have is a stray dog. The stray dog had puppies underneath the house, and they cannot get to them unless they walk from underneath the house.

Once animal control arrived, they collected three puppies and the one dead dog that was inside the home. I went over to Avanti and asked her once again if the dogs were her responsibility and she responded yes. I asked Avanti was there anyone that could come and pick up her other two siblings as well as her child. She responded that the only person that could pick them up was her mom but she’s at work. I explained to Avanti that I will be issuing a warrant for her arrest for Cruelty to Animals and that I am not taking her in now due to no one being able to pick up the kids. I instructed her how to turn herself in and she agreed that she would.