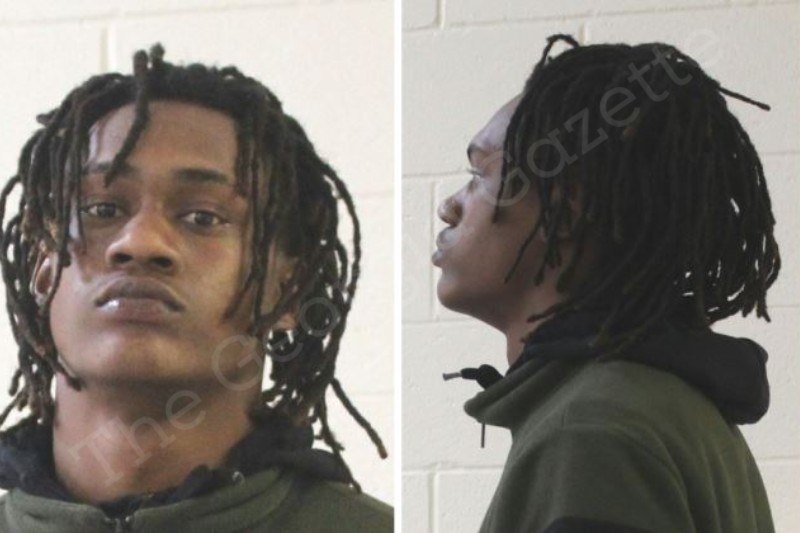 Reason(s) For Booking:
Possession of Marijuana-Felony

On 12/03/2022 at approximately 1100 hrs., I, Inv. Harvey was working a traffic point at Martha St. and Watson Blvd., during the Warner Robins Christmas Parade. Prior to the Christmas Parade beginning, I was instructed to close down my area of Watson Blvd. at 0900 hrs., that I was assigned. I instructed all pedestrians and bystanders that once the parade began, no foot traffic nor vehicle traffic was allowed on Watson Boulevard.

While observing the parade, I heard bystanders shouting hey! I looked in the directions and observed a black male riding a bicycle in the middle of Watson Boulevard. The black male was wearing a black ski mask, a black hooded sweatshirt, and gray jogging pants. Due to Christmas music being played from the parade, I shouted at the male to turn his bicycle around, and to exit the roadway due to it being closed.

At this point, the male subject took his hands off of the steering wheel and began to make gestures with his fingers. Through my knowledge, experience, and training I recognized this to be common from a gang member and making repeated gestures with your fingers is known as “stacking.” The male subject then exits the roadway and stops in the parking lot of the Waffle House at 1501 Watson Boulevard.

The male subject then travels Eastbound in the roadway of Watson Boulevard and stops in the parking lot of the American Gallery Furniture Store (1451 Watson Blvd). Officers attempted to make contact with the subject on the sidewalk, to which the subject pulled his ski mask over his face. The subject darted back out onto Watson Blvd., weaving through parade participants, eventually traveling into the parking lot of 1440 Watson Boulevard.

I began to pursue the subject on foot throughout the parking lot to which the subject got onto Martha St., to travel north towards Bernard Drive. I advised the Georgia State Patrol Aviation Unit of this subject fleeing on a bicycle to which GSP was able to maintain a visual on the subject. Sgt. Mann and Sgt. Pippio was able to apprehend the subject in the driveway of [300 BLOCK] Bernard Drive.

While Mr. Creamer was being taken into custody Sgt. Mann sustained two lesions, one to each elbow that were bleeding. I photographed Sgt. Mann’s injuries, along with the backpack containing the contraband. Also in the backpack was Mr. Creamer’s wallet containing his Georgia Driver’s License.

Officers were able to transport Mr. Creamer to the WRLEC where he was turned over to booking personnel. I field tested the suspected marijuana to which it showed a positive result for the presence of THC. The total amount of marijuana was 57.8 grams. [REDACTED BY AGENCY]

I will be seeking warrants on Mr. Creamer for Possession with the Intent to Distribute Marijuana, Obstruction, and Participation in Criminal Street Gang Activity.