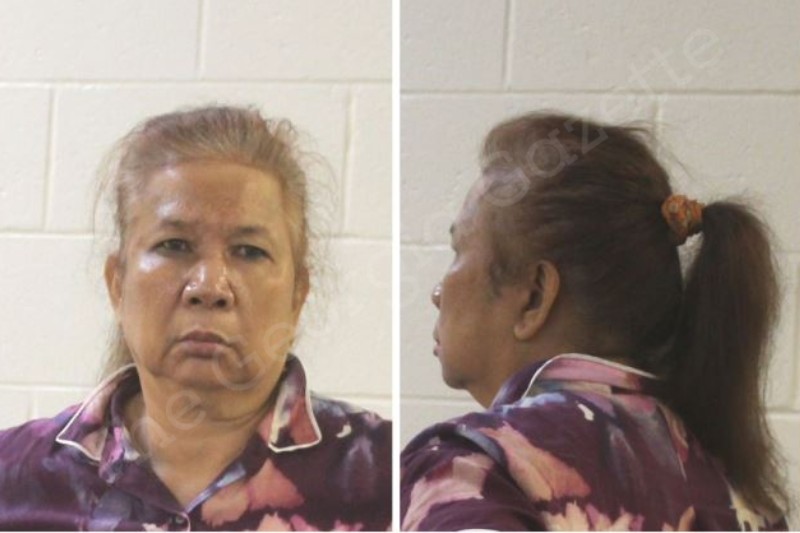 I made contact with Ms. Somkid McGinnis at [300 BLOCK] Doublegate Dr Bonaire, GA 31005 in reference to a call about a theft. Ms. McGinnis told me she called because someone had stolen her coat and her pants. Ms. McGinnis told me she had been home all day, and that only her daughter had been by her house. I asked her if her daughter had taken her coat and pants and she stated no. I asked her if anyone else had been to her house, and she told me no.

She started asking for the Deputy with the tattoo on his hand and the mustache. I advised her it was Dep. Craig. She then asked me if he was married. I asked her if she was only calling to get Dep. Craig to her house, and she stated yes. I told her she can’t call 911 to request a specific deputy.

She asked me again if Deputy Craig was married, and again I told her she can’t just call and request a specific deputy. I her she has been told by me twice, once on the phone and once in person, and this is going to end tonight. She acknowledged that she understood this is ending tonight.

On November 21, 2022, Ms. McGinnis asked for the deputy with the cartoon on his left hand.

On November 23, 2022, Ms. McGinnis called and saying she loves that officer, and she wants the Office to call her so she can invite him to Thanksgiving with her. She was talking about the Deputy with the tattoo on his left hand, which would be Dep. Craig.

On November 28, 2022, Ms. McGinnis called and requested the big guy with the tattoo on his left hand, wanting to know if he’s married, stated she needs him to come spend time with her, and requested his phone number.

On November 30, 2022, Ms. McGinnis called requesting the Deputy with the mustache and tattoos on his left hand to come see her.

On December 1, 2022, Ms. McGinnis called the Deputy with the tattoo on his left hand, stating she needs to see him tomorrow at 11.

With the information I have received from the 911 Center as well as my conversation with Ms. McGinnis, I believe she is intentionally calling 911 to report an issue with the sole purpose of requesting a specific deputy. I will be seeking warrants for Misuse of 911 against Ms. McGinnis.