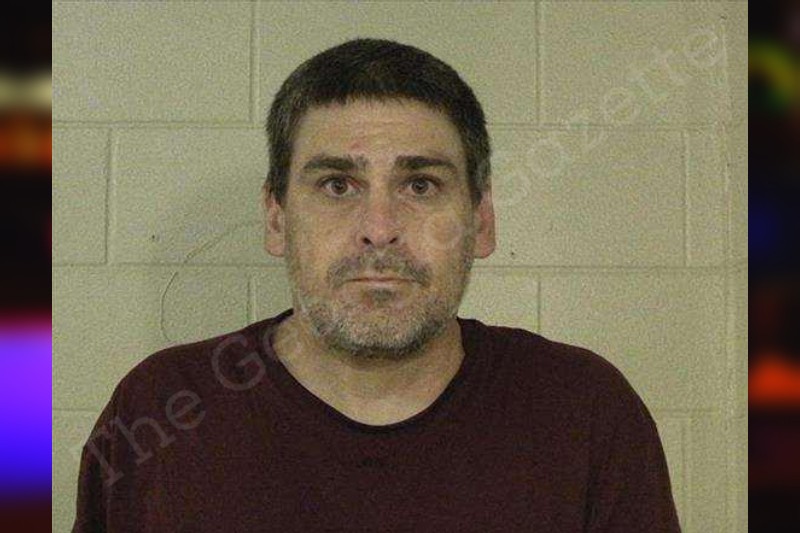 Reason(s) For Booking:
POSSESSION AND USE OF DRUG-RELATED OBJECTS

NO SEAT BELT (W/OUT SURCHARGE)

On Saturday 10/14/2022 I was conducting stationary speeding enforcement on I95S near mile marker 79. I was in the median using my department issued LIDAR when a white Toyota Camry (GA Tag [REDACTED]) came into my vision. Using my LIDAR, the vehicle registered at 86 MPH in a 70 MPH zone. I activated my emergency equipment and initiated a traffic stop. The driver pulled to the right side of the interstate, but was extremely close to the #1 lane marker. The driver then adjusted the vehicle numerous times.

I approached the passenger side of the vehicle and requested the driver, later identified as Mr. Patrick Haynes, provide me with his driver’s license. Immediately I noticed he appeared to be anxious. His face was flush, his speech was low and he avoided eye contact. The passenger also appeared to be avoiding eye contact and nervous. I informed him of the reason for the stop and returned to my patrol car.

I returned to the driver and asked him to step out. He complied and I escorted him to the side of my patrol vehicle. I asked Mr. Haynes if he was taking any prescribed medications or any narcotics. He stated no. He then stated he smoked marijuana in the past, but was not a current user. I asked Mr. Haynes if I could check him to make sure he is ok to drive. He stated ok.

I began by asking if he wore contacts or glasses. Mr. Haynes stated he did not. I then asked if he had any medical issues that would hinder him with walking, standing, or turning. He stated no.

The first evaluation I conducted was the Horizontal Gaze Nystagmus. Mr. Haynes’s pupils were of equal size and both equal size and both eyes tracked equally on the stimulus (my finger). I observed lack of smooth pursuit, distinct and sustained Nystagmus at maximum deviation, and onset prior to 45 degrees.. He showed no signs of vertical Nystagmus. (6 out of 6 clues)

The second evaluation was the walk and turn. Mr. Haynes was given verbal instructions and also given a demonstration. He gave a verbal “yes” stating he understood the directions. During this evaluation, I observed Mr. Haynes was unable to keep his balance during instructions, miss heel to toe steps, use his arms to balance, step off line, and take the incorrect number of steps. (1 instructional clue and 4 walking clues. 5 total clues)

The third evaluation was the one leg stand. Mr. Haynes was given verbal instructions and also given a demonstration. He gave a verbal “yes” stating he understood the instructions. During this evaluation, I observed Mr. Haynes sway when balancing, use his arms to balance, and put his foot down. Mr. Haynes did not remain in the starting position as told. He also put his foot down 3 times and was unable to hold the position for more than 5 seconds. (3 clues).

I then conducted the Modified Romberg evaluation. I explained to Mr. Haynes I wanted him to put his feet together, tilt her head back, and estimate the passing of 30 seconds in his head. Once he believed 30 seconds passed, he was told to tell me to stop. Mr. Haynes stated he understood the instructions. Mr. Haynes advised me to stop timing at 38 seconds. I also observed severe eyelid twitching, front to rear sway, and body tremors.

I placed Mr. Haynes under arrest. He was searched, handcuffed, checked for fit, double locked. I read implied consent for persons over 21 and he refused to provide a blood sample.

I then went to the driver’s side. I located another capped needle in the driver door panel. In the center console, I located aluminum foil that was burned on one side. I also located 2 water bottle caps that had cotton within it which is commonly used as a filter for certain drugs. In the rear of the car was a Pokemon Tin that was in the middle floor area. Inside the tin were needles, cotton ear cleaners, and miscellaneous drug paraphernalia. I noticed a piece of aluminum foil that appeared to have something in it. I opened the aluminum foil and observed a white powder like substance. Behind the passenger seat there was a gray backpack. Inside the backpack were 2 tourniquets.

I requested CPL Chapman to the scene and asked him to contact narcotics. LT Pilon advised she would meet me at the jail to test the substance. I requested next list tow.

Liberty 2 was dispatched and arrived shortly afterwards. The tow was completed without incident.

LT Pilon contacted me and advised me the white substance tested positive for Fentanyl. I completed a hold sheet for both offenders.

The rear of my car was searched prior to and after transport.