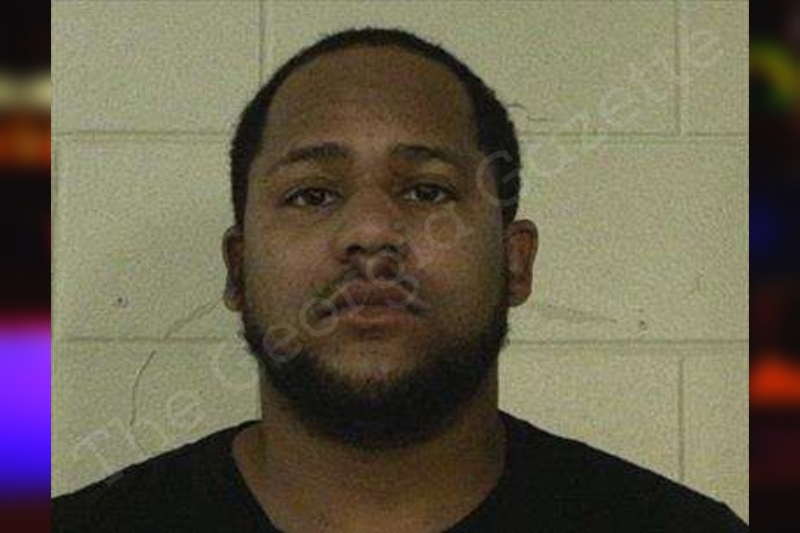 On Saturday, October 8, 2022, at 0315 hours, I was traveling eastbound on GA 38 in the area of S Bypass Rd. when I observed a grey Lincoln MK Z traveling in front of me. As we drove eastbound just before GA 38 and Leroy Coffer Hwy, we were in the left lane and the grey sedan failed to maintain its lane by crossing into the right lane. The sedan then switched back into the turning lane (two lanes over) to turn onto Leroy Coffer Hwy. As he approached the red light, the vehicle stopped well passed the stop line, pulling part way into the intersection.

When the light turned green we made a left turn onto Leroy Coffer Hwy and I activated my emergency lights and siren, conducting a traffic stop on Leroy Coffer and GA 38. I activated my body worn camera and made contact with the driver who was identified as Mr. Mitchell.

I explained the reason for the stop to Mr. Mitchell and requested his driver’s license. While speaking with Mr. Mitchell I observed the strong odor of what I believed to be an alcoholic beverage coming from his vehicle. I also observed his eyes to be blood shot and when he responded to me his speech was slurred. I asked him how many alcoholic beverages he had to drink tonight. Mr. Mitchell did not answer the question but he handed me a military ID card along with his driver’s license. I asked Mr. Mitchell to exit the vehicle and stand in front of my patrol car. When Mr. Mitchell exited the vehicle he was very unsteady on his feet and used the car to catch his balance.

I again asked Mr. Mitchell how many alcoholic beverages he had to drink tonight and he stated he had a few beers while at the club. I asked Mr. Mitchell if he would be willing to conduct field sobriety testing so I could make sure he was safe to operate a motor vehicle and he agreed. The following are the results from the given evaluations.

One Leg Stand:
– We did not complete this evaluation due to Mr. Mitchell not understanding the instructions. He did keep saying he understood, but preformed the evaluation incorrectly.

Once the evaluations were complete, I conducted a portable breath test with a department issued PBT which provided a BrAC reading of 0.196. I placed Mr. Mitchell in double locked handcuffs, checked for fit and searched him incident to arrest, with no contraband being located. I read him Georgia Implied Consent for suspects ages 21 and over and Mr. Mitchell gave a verbal yes for breath. I placed him in the rear seat of Dep. Galloway’s patrol car and seat belted him in.

Dep. Galloway transported Mr. Mitchell to Hinesville Police Department to conduct a breath test. Ofc. Timothy Conley administered the test on a Georgia Intoxilyzer Model 9000 with a BrAC reading of 0.214 and 0.220.

Kevin’s Towing arrived on scene and took possession of the vehicle. Dep. Galloway transported Mr. Mitchell to the Liberty County Jail where he was turned over to the jail staff. I issued Mr. Mitchell citations for failure to maintain lane, failure to obey a traffic control device, and DUI.

Dep. Galloway advised her patrol vehicle was searched before and after transport and no contraband was located.