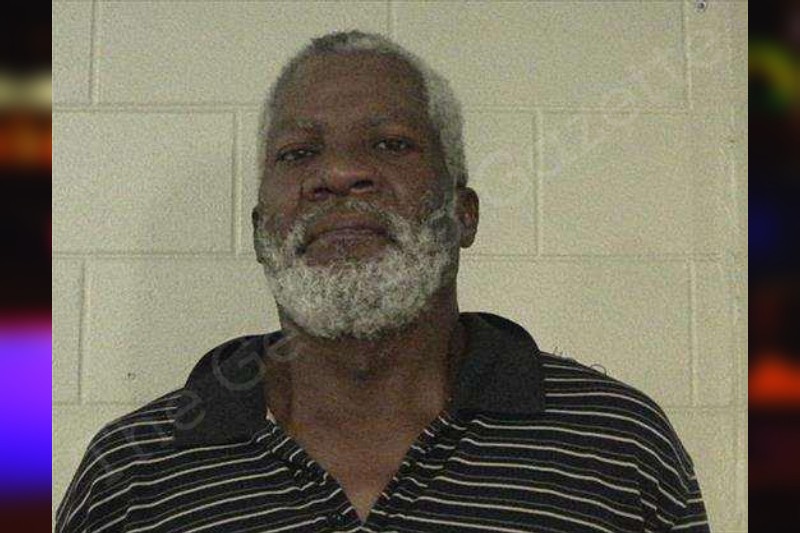 On Wednesday, 10/12/2022, SGT Abbgy advised me he observed a station wagon traveling east on HWY 84E near Bacontown Rd traveling at an extremely slow speed in the #1 lane. I located the vehicle, a red Ford Taurus wagon (GA Tag [REDACTED]), and was able to use my same direction RADAR and get a speed of 32 MPH in a 55 MPH zone. The vehicle was approaching the intersection of HWY 84E and N Coastal HWY. When I got closer to the vehicle, I could see the driver’s side brake light was not operating and there was white light emitting from the running lights. The driver quickly pulled into the BP gas station as I activated my emergency equipment.

I approached the driver, later identified as Mr. Matthew Smiley and explained the reason for the stop. I requested his license and while waiting, Mr. Smiley appeared to be anxious. When he spoke it was very low and slightly slurred. His face was flush and eyes were bloodshot. I could also see that Mr. Smiley had body tremors. He provided me with his license and I returned to my patrol car. While in my patrol car I conducted GCIC/NCIC inquiries on the tag and Mr. Smiley. SGT Abbgy arrived to assist and I advised him I believed the driver to possibly be under the influence.

I returned to Mr. Smiley and asked him to step out. He complied I observed he used the door to maintain his balance. I escorted him to the side of my vehicle. I asked if he would consent to standardized field sobriety evaluations. Mr. Smiley stated he would.

I asked Mr. Smiley if he wore contacts or glasses. Mr. Smiley advised me he wore reading glasses. I asked if there were any injuries to his legs that would prevent him from walking, standing, or turning. He stated he takes blood pressure medication but had no injuries.

The first evaluation I conducted was the Horizontal Gaze Nystagmus. Mr. Smiley pupils were of equal size and both equal size and both eyes tracked equally on the stimulus (my finger). I observed Lack of smooth pursuit. Mr. Smiley did not comply with instructions. He would not hold his eyes at maximum deviation or onset prior to 45 degrees. He also would anticipate movement. Several times he was looking at my other hand which was holding my flashlight. (2 out of 6 clues)

The second evaluation was the walk and turn. Mr. Smiley was given verbal instructions and also given a demonstration. He gave a verbal “yes” stating he understood the directions. During this evaluation, I observed Mr. Smiley was unable to keep his balance during instructions and start too soon. While explaining the instructions, Mr. Smiley put his right foot on the line first despite being told to put his left first. He adjusted and then held the correct position for a few seconds. He then broke the position and stated he can’t do it. I observed severe sway prior to Mr. Smiley stopping the exercise. He stated he was nervous numerous times. (2 instructional clues and stopped exercise. 2 total clues)

The third evaluation was the one leg stand. Mr. Smiley was given verbal instructions and he stated he was not going to do it. (0 out of 4 clues).

I then conducted the Modified Romberg evaluation. I explained to Mr. Smiley I wanted him to put his feet together, tilt her head back, and estimate the passing of 30 seconds in his head. Once he believed 30 seconds passed, he was told to tell me to stop. Mr. Smiley stated he understood the instructions. Mr. Smiley never advised me to stop timing. At approximately 8 seconds, Mr. Smiley opened his eyes and stated “that’s it, that’s all I can do.” I observed severe front to rear body sway prior to Mr. Smiley stopping. I also observed severe eyelid twitching.

I asked Mr. Smiley if he would be willing to provide a breath sample in my PBT. Mr. Smiley agreed and a positive result was obtained (.037)

Mr. Smiley was then placed under arrest for suspicion of DUI. He was searched, handcuffed, checked for fit, and double locked. I read Implied Consent for persons over 21 and requested blood. Mr. Smiley Refused to provide a blood sample.

Mr. Smiley’s passenger contacted his brother, Mr. [REDACTED] and he arrived to pick up the vehicle. It was released to him after validating his license status.

I transported Mr. Smiley to Liberty County Jail where he was cited and then I released custody of Mr. Smiley to the booking officers.

I completed a 1205 form and Mr. Smiley signed his copy.

Prior to the beginning of shift, I searched the rear of my patrol vehicle with no contraband found.

Prior to leaving the jail, I searched the rear of my patrol vehicle again with no contraband found.