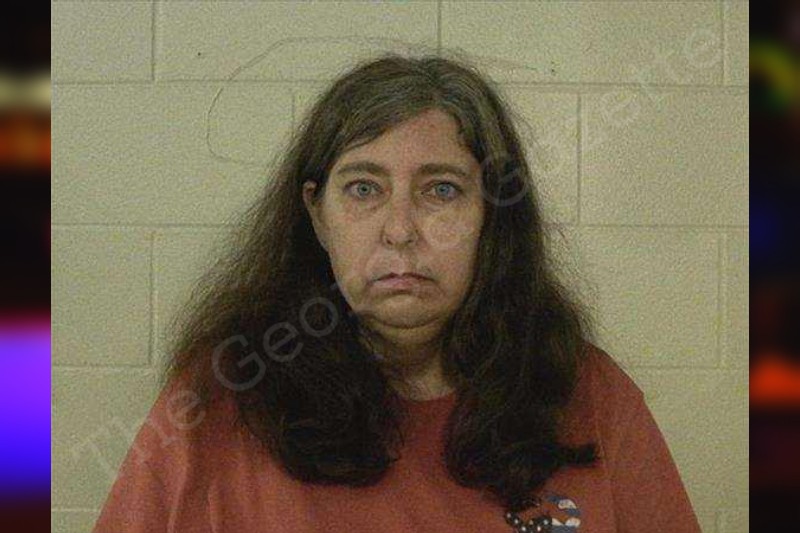 On camera you can see Ms. Rhonda cursing and screaming at Ms. [VICTIM #1]. You then see her lunge towards Ms. [VICTIM #1] where she almost drops her phone and she continues to record the interaction. Ms. [VICTIM #1] advised she only touched Ms. Rhonda when she put her arm up in between them to protect herself and [REDACTED BY AGENCY] from harm. She then exited the residence and called 911.

Due to what was seen on the video that was recorded by Ms. [VICTIM #1], Ms. Rhonda was placed under arrest for Battery (FVA). Ms. Rhonda could not state where she was standing when she was pushed nor when her arm was grabbed. The bruising on her arm appeared to be green in color indicating they were older bruises. Also the markings on her chest were barely visible and I was unable to determine how the bruise may have happened. Ms. [VICTIM #1]’s scratches on her neck were consistent with Ms. Rhonda lunging at her like she did in the video.

The parents of [REDACTED BY AGENCY] ([REDACTED] and [REDACTED]) were notified about the situation and advised that Rhonda would be arrested. I asked them to come to the incident location to take custody of their son. Rhonda Stavely is the grandmother to [REDACTED BY AGENCY] and was babysitting for his parents.

After [REDACTED]’s parents arrived on scene, Ms. Rhonda was handcuffed which were checked for fit and double locked. She was escorted to my patrol vehicle where she was searched incident to arrest with nothing found. Ms. Rhonda was placed in the backseat of my patrol vehicle to await transfer. [REDACTED BY AGENCY] parents took custody of him. She was then transported to the Jail and left in the custody of the jailers.

A warrant application for Battery (FVA) and 2 counts of Cruelty to Children 3rd degree will be applied for and served before the time allowed by the State of Georgia.