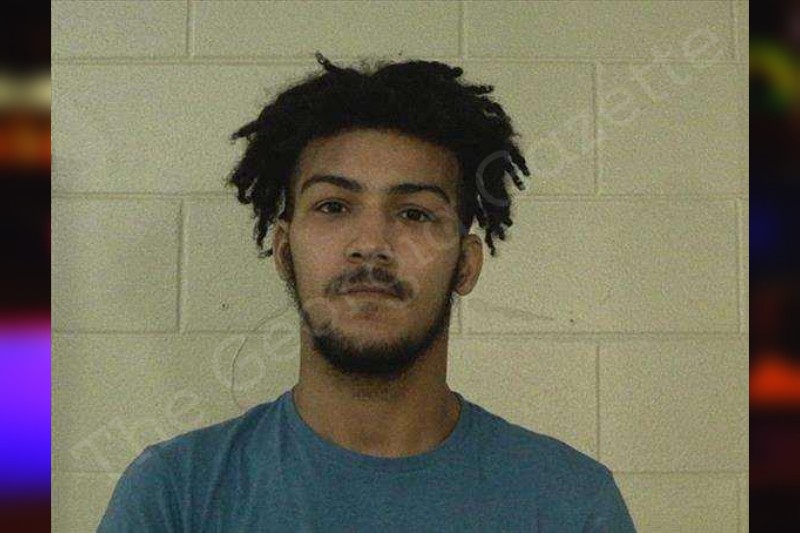 NO SEATBELT/CHILD UNDER 6 – 1ST OFFENSE

DRIVING WITHOUT A VALID LICENSE (MISDEMEANOR)

On Tuesday, November 22nd 2022, at approximately 12:30 hours, I was patrolling the area of Live Oak Church Rd and EG Miles Pkwy. At this time, I requested an insurance and registration check of a Cadillac SUV, bearing a Georgia tag of [REDACTED], on my Mobile Database Terminal (MDT). NCIC/GCIC alerted that the vehicle did not have valid insurance.

I caught up to the vehicle as it was turning right onto Ruben Wells Rd. I attempted to conduct a traffic stop near Coward Rd and the vehicle turned left into Victory Manor Mobile Home Park (MHP). The vehicle continued slowly though the MHP before coming to a stop in front of a residence (later identified as lot [REDACTED]). I observed the driver door of the suspect vehicle open and a light skinned male, wearing a blue shirt and shorts, exit the vehicle. He fled from the vehicle and into the residence (lot [REDACTED]). Dispatch was notified and other units were requested.

As I approached the suspect vehicle, I observed two unrestrained juveniles in the rear seat (car seat was later found to not be seat belted in). I then went around the residence to check the back door. I observed a black female open the door. The female, later identified as Ms. [WITNESS #1], was initially uncooperative. She stated she was taking a nap inside a rear bedroom and did not know what was going on. She confirmed the children in the vehicle were hers. She initially would not give the name of the subject driving but, after confronting her with a name from alerts from the suspect vehicle, she finally advised that the driver was her boyfriend, Mr. Terrell Townsend.

Other units arrived on scene to assist. Ms. [WITNESS #1] eventually gave consent to search her residence but Mr. Townsend was not inside. The slippers Mr. Townsend had on when he fled were found near the rear of the residence. Lt. Nadeau (954) utilized his K-9 to conduct a track of the suspect which lead towards the other side of the MHP. The track ultimately turned out to be unsuccessful.

A check of Mr. Townsend was conducted on my MDT. NCIC/GCIC alerted that he was not wanted but his license was suspended.

As I was exiting the MHP, I observed another vehicle at lot [REDACTED] that displayed a Coffee County registration Ga. [REDACTED] (the initial suspect vehicle also was registered through Coffee County).

I attempted contact at this residence. As I knocked on one door, Lt. Nadeau was watching the other door. Mr. Townsend then exited the door that Lt. Nadeau was watching. Mr. Townsend gave up and complied with orders. He was handcuffed which were checked for fit and double locked. His person was searched before being placed in the rear of my patrol vehicle. The residence he exited, lot [REDACTED], was found to belong to a family member.

Mr. Townsend could not give a reason for running but he did advise that he knew his license was suspended. He was transported to the Liberty County Jail where he was released to booking staff. The rear of my patrol vehicle was searched before and after transport with no findings.