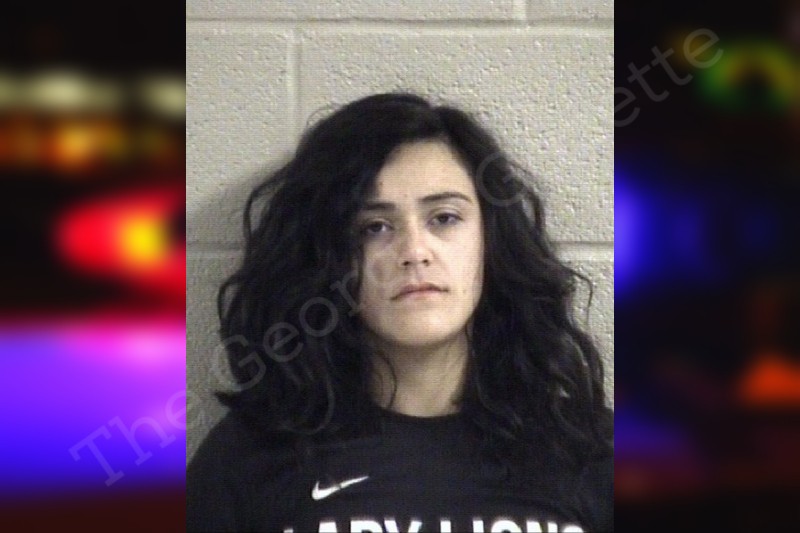 Reason(s) For Booking:
Criminal Trespass, Damage Of $500 Or Less

On 11/14/2022, officer D. Marcus and I were dispatched to 1000 Underwood St (unit #4) in reference to a criminal trespassing issue. The complainant, [WITNESS #1], stated that a woman who was trespassed from the property earlier this date was back on scene and possibly had a knife on her person. The subject was originally trespassed in report # 22-006642. The subject was described as a woman with dark hair.

Upon the arrival of officers, we made contact with an Edith Deharo subject. While officers walked around the property, she rounded the corner and was very expressive with her arms while also talking in a way that didn’t make sense. While walking towards her, she picked up a wooden block off the ground and looked at officers. She was immediately ordered to drop the block and complied with our lawful commands. She was then detained in handcuffs and a pat down of her person was conducted. She then confirmed her identity as Edith Deharo. When I asked why she returned to the property after being trespassed, she couldn’t provide any kind of answer that made cohesive sense. I felt that her mannerisms made it clear that she was under the influence of methamphetamine. She later confirmed this by stating that she used the drug a few hours before.

I then spoke to the complainant, [WITNESS #1], via telephone. She stated that people who were currently inside unit #4, the barber shop, noticed that Edith had returned to the property and called her so that she would call the police. Following this, I made contact with the individual who texted [WITNESS #1] and told her to call the police, [WITNESS #2]. [WITNESS #2] and her family stated that they saw the woman beating on the door of the business after being trespassed earlier in the same day. They described Edith as also having a brightly colored knife on her person. After this, they locked the suspect outside and called [WITNESS #1] so that she may call the police on her behalf.

I then walked Edith to my patrol vehicle, searcher her person incident to arrest in front of patrol car 94, confirmed her citizenship, visually search the back seat of my patrol vehicle, and seat belted her inside before transporting her to the W.C.S.O. Upon our arrival, I secured my duty weapon inside a lock box, and charged Edith with OCGA (16-7-21) – “Criminal Tresspass” & OCGA (16-11-36) – “Loitering & Prowling” on warrantless arrest form # “66726”. My back seat was searched before going back in service.