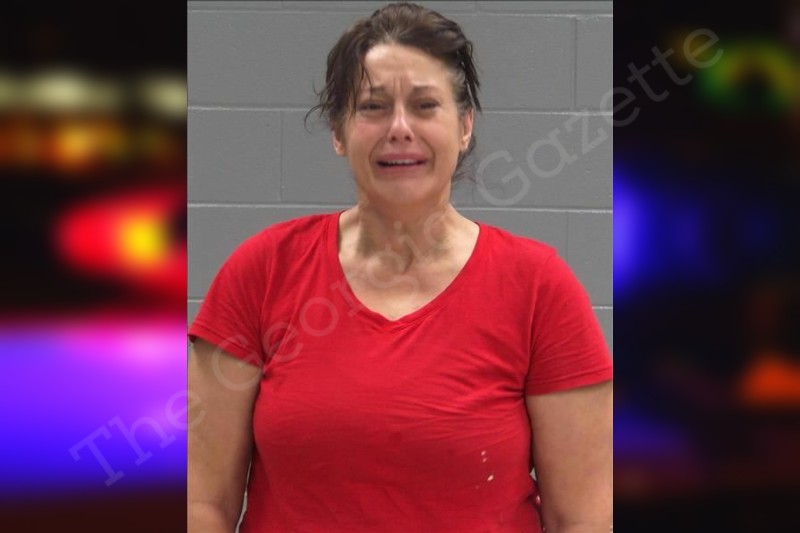 Upon arrival, I made contact with the complainant, [VICTIM #1], who stated that she had gotten into an argument with the clerk about the price of some items. [VICTIM #1] advised that the clerk, later identified as Karie Harrison, told [VICTIM #1] that she “didn’t need to call the police because I’m gonna beat your a*s… We can take this outside…. We don’t need the police… I’m gonna handle this.” [VICTIM #1] advised that Karie came around the counter and lunged at the complainant with a closed fist and box cutter or knife in her hand, while [VICTIM #1]’s 4 children were present and standing behind [VICTIM #1]. [VICTIM #1] stated that Karie had to be held back by the other clerk.

I was able to view security footage within the store during the time of the incident. I observed [VICTIM #1] at the counter speaking to [WITNESS #1] about some items while Karie was sorting money at another register. I observed Karie use a pocket knife to open a roll of coins and keep the open bladed knife in her hand as she conducted normal business. I observed Karie walk towards the register where [WITNESS #1] and [VICTIM #1] were while still holding the knife in her hand. Karie and [VICTIM #1] are then seen arguing while [VICTIM #1]’s four (4) juvenile children are standing by. Karie is seen reaching forward and wrapping her arms around the store items while holding the knife and removing them from the counter.

Due to Karie’s actions of placing [VICTIM #1] in immediate apprehension of receiving a violent injury by coming around the checkout counter and aggressively advancing toward [VICTIM #1] with a closed fist and pocketknife in the other hand during an escalated argument, I will secure one (1) warrant on Karie Harrison for Aggravated Assault and four (4) warrants for Cruelty to Children 3rd Degree. Case remains active pending the arrest of Karie. A report was completed to document the incident.

On 08/28/2022, I was advised Karie Harrison had outstanding warrants for her arrest and was possible working at the Circle K, 3056 N. Columbia Street. I confirmed at least one of the warrants was for felony aggravated assault prior to the attempted service at her place of employment.

I made contact with Harrison at the Circle K, advised her of the outstanding warrants, and placed her under arrest. Harrison, although visible and verbally upset, was transported to the Baldwin County LEC without incident. Harrison was turned over to jail personnel with a completed arrest/booking sheet for processing. Case cleared by arrest.

On August 30, 2022 at approximately 1226, I responded to 3056 N Columbia Street (Circle K) in reference to this case. I made contact with the manager, [WITNESS #2], who provided me with three (3) compact discs containing security footage of this incident. I secured the discs and turned them over to Evidence Locker #006 with completed Evidence Sheet #11169. Additionally, [WITNESS #2] requested to have [VICTIM #1] trespassed from the store as a result of the incident. Via a recorded line through Baldwin Dispatch, I made contact with [VICTIM #1] and verbally trespassed her from the Circle K at 3056 N Columbia Street. A supplemental narrative was completed and added to this report.