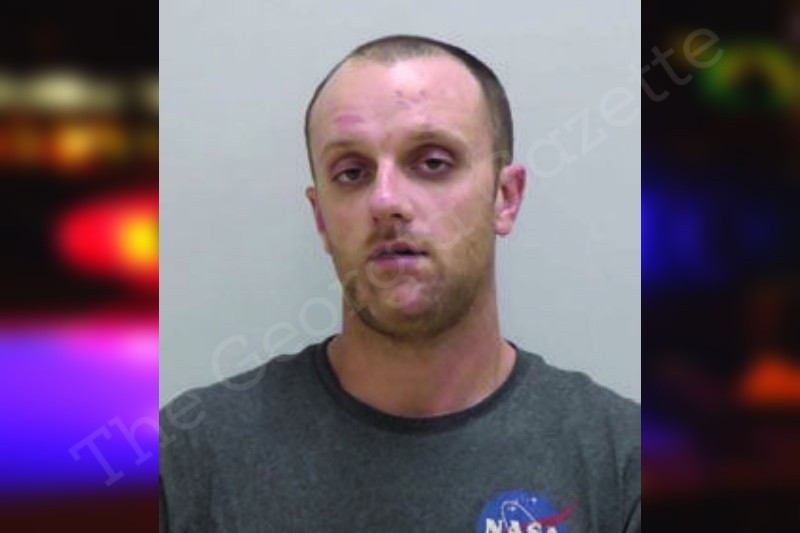 On Wednesday, December 8, 2022, at approximately 1752 hours I pulled into the Texaco gas station located at 216 S Tennessee Street. I placed my patrol vehicle in park and observed a male identified as Mr. Andrew Posey exit the store. I checked local history on Mr. Posey and found he had active warrants through Bartow County for Probation violations.

I observed Mr. Posey enter in to a gray Honda CRV and start to exit the parking lot. I backed out of my parking spot and got behind the vehicle. I knew from previous encounters with Mr. Posey he was known to run. I advised other officers to be en route in case he did run.

After approaching the intersection of Tennessee Street, and West Avenue I activated my emergency equipment and conducted a traffic stop on the vehicle. The vehicle continued to travel at a low rate of speed. Once we reached Peachtree Street Mr. Posey made a left turn onto Peachtree Street and came to a final stop.

Once I grabbed the door Mr. Posey sped off from the stop location knocking me to the ground. Mr. Posey traveled East on Peachtree Street and turned South on Joe Frank Harris Parkway. Once I got up and got back to my patrol car I pursued Mr. Posey.

I observed Mr. Posey traveling South on Joe Frank Harris Parkway at a high rate of speed. Mr. Posey took the Joe Frank Harris Parkway ramp to travel onto Old River Road where I lost him. I turned South on 293 and continued until I entered Emerson where I terminated the pursuit. I pulled into Doug’s restaurant 696 GA-293) in Emerson to evaluate and to provide information to the Emerson Police officers who arrived to assist.

I was checked by EMS for potential injuries. EMS advised my vitals were good and that I only sustained a very minor road rash from the fall. Once I provided information to Emerson and Bartow County of the identity of Mr. Posey I proceeded to the Cartersville Police department where I obtained warrants for Mr. Posey for Aggravated assault, Felony Fleeing, and Driving while license suspended.

At approximately 1853 Drug Task Force agents made contact with the registered owner of the vehicle the grandmother of Mr. Posey advised Mr. Posey was in fact in possession of her vehicle.