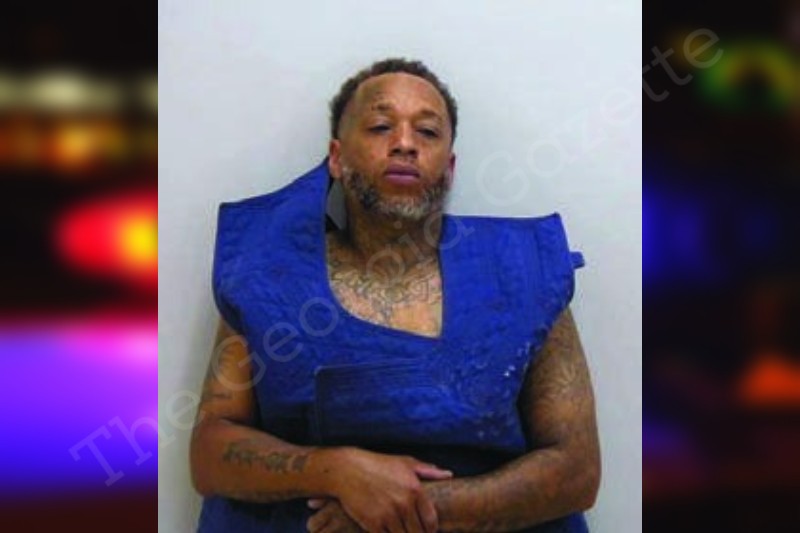 Bartow County (October 22, 2022) – Cartersville police responded to a 911 call at Public Square regarding a child who was injured after his father rammed into his mother’s car and knocked out his teeth. Police arrived near the water fountain in downtown to find the child with a bloody mouth and missing a tooth.

The child’s mother told police the child’s father rammed their vehicle several times, causing her to crash into a light pole. The child, who was in a booster seat, was thrown from the back seat into the dash during the accident.

The mother told officers Marion Shug Thomas, 44, was angry with her after a visit with their child the same day. According to the mother, Thomas became violent, grabbing her shirt and accusing her of using him to watch their child while she slept around.

When the woman left the home with her child, she stopped at a gas station for drinks and saw Thomas in the area. She told police he began following her, and she became nervous and ran a stop sign in an attempt to get away from him. The mother said Thomas rammed her Nissan Altima with his Escalade at West Cherokee Avenue at North Erwin Street. She told officers he rammed her vehicle at least twice more before she lost control and crashed. She thought Thomas was trying to kill her.

Both mother and child were transported by ambulance to Cartersville Piedmont Medical Center.

Thomas was located at his home on Mayflower Circle by police. He was arrested after resisting and charged with two counts of aggravated assault, damage to property, obstruction, following too closely, and aggressive driving.

On Saturday, October 22, 2022, at approximately 0521 hours, I responded to the area of 2 Wall Street in reference to a domestic disturbance. Bartow 911 stated a male subject had knocked out a juvenile child and had left the scene. Bartow 911 further advised that EMS was being dispatched as a result of teeth ‘hanging out’ of the juvenile’s mouth.

Upon arrival to 2 Wall Street, it was discovered the victim was actually on Public Square by the City owned water fountain. I made contact with the victim as well as her child. Ms. [VICTIM #1] stated the father of Juvenile 1 had run them off the roadway causing them to wreck. Juvenile 1 was assessed for his injuries. Juvenile 1 had a bloodied mouth with a single front tooth that was loose. Ms. [VICTIM #1] stated the Juvenile should have had 2 front teeth.

As a result of this vehicle crash, the juvenile (who had been in a car booster seat in the passenger rear seat) was thrown forward into the front seat where he struck his face on the dash. The juvenile had a bloodied mouth with one loose front tooth. Ms. [VICTIM #1] stated Juvenile 1 was missing a tooth as a result of the accident.

Ms. [VICTIM #1] and Juvenile 1 were transported to the Cartersville Piedmont Medical Center for treatment by EMS. The vehicle was towed from the scene by Mathew Smith Towing.

Mr. Thomas was located by officers at [100 BLOCK] Mayflower Circle. They were able to take him into custody after he physically resisted arrest.

Mr. Thomas is charged as follows: