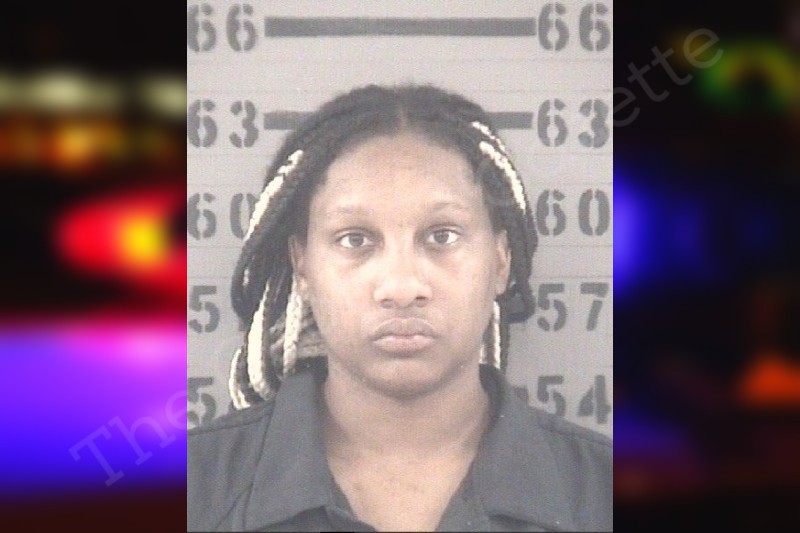 WARNING: The following report contains information regarding violence against children.

Dougherty County (October 24, 2022) – Family members of three young children called police when they found one of the children in a corner with severe bruising on her face and body. The child’s mother was arrested and charged with cruelty to children and battery.

When asked by her grandmother why her mother, Kiaberia Nicole Young, hit her, the child said it was because she couldn’t say her ABCs. When Young was asked why the child was in the corner and bruised, Young told a family member, “she swung at me.”

Responding officers and medical personnel assessed the child in an ambulance. They noted bruising all over the child’s body, including around her right eye, the back of her neck, her torso and back, both arms, and her inner thighs.

The Department of Family and Children’s Services was notified, and the child was taken to the hospital for further evaluation. Family members returned to remove two other children from the home. The mother helped gather the children’s belongings before officers placed her under arrest.

Young, who is pregnant with another child, was arrested and booked into the Dougherty County Jail. Her bond amount was set at $2,500 on the condition that she has no contact with her daughter.

Ptl. Walters transported Young to the Albany Police Department Investigations Division. I made contact with Sgt. Brown at Phoebe Main and briefed him on the incident. Sgt. Brown, along with DFCS, spoke with [WITNESS #1] in reference to the incident. The nurse that assisted in the case was able to undress [REDACTED] to see if there were any more wounds on her.

The nurse assisted [REDACTED BY AGENCY] in taking off her shirt and I observed a bruise on her right shoulder and more bruising on her arms than I observed previously. The nurse assisted [REDACTED BY AGENCY] with taking off her pants and I observed more bruising on the back of her thighs and legs. I also observed redness on her buttocks. Photos of the other bruising was taken and logged into Albany Police Department Property and Evidence Locker #02.

After speaking with [WITNESS #1] at Phoebe Main, Sgt. Brown went back to the Albany Police Department where he spoke with Young in reference to this case. Sgt. Brown determined Young would be charged with Cruelty to Children 1st Degree and Battery Family Violence. Young was placed in double-locked handcuffs in the front due to her pregnancy.