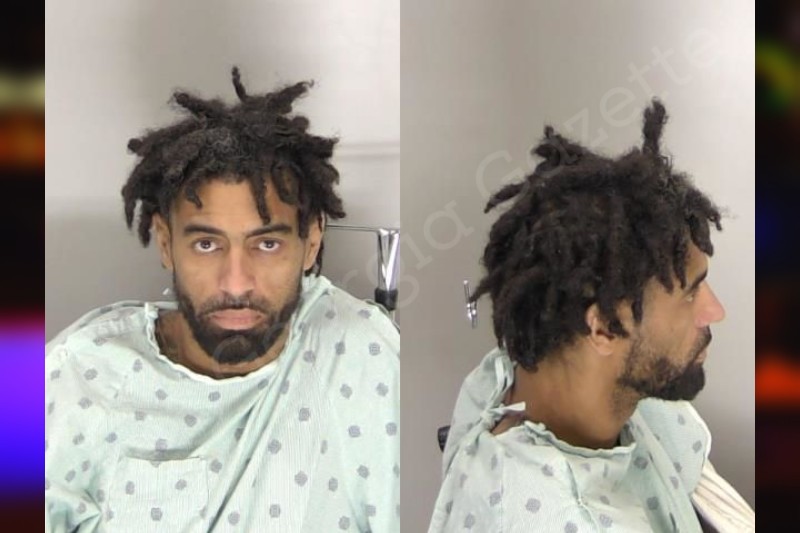 Richmond County (October 17, 2022) – An Augusta man has been arrested for the second time on new murder charges after being released from prison one year earlier.

Police were called to the Dunkin Donuts/Baskin Robbins store on Washington Road in reference to a fatal shooting. According to police, John Lee Scarboro, 35, and Julius Antonio Riddick, Jr., 20, were exchanging gunfire in the parking lot when a nearby citizen was struck in the head by a bullet.

Officers arrived on the scene to find Reginald Eugene Johnson, 32, of Hephzibah, dead and Scarboro suffering from a gunshot wound to the leg. The victim was pronounced dead on the scene at 11:59 PM. Scarboro was transported to Augusta University Medical Center with non-life-threatening injuries.

As a result, Scarboro was taken into custody on October 21 and charged with murder, possession of a knife or firearm during the commission of a crime, and simple battery. He also had an outstanding, unspecified warrant from another agency. He was booked into jail and is currently awaiting his next court date.

On November 4, the second suspect, Riddick, was also taken into custody and charged with murder.

Scarboro has an extensive criminal history and was previously charged with murder in the 2014 death of Michael Hanson, 35, of Augusta.

Per reports, on April 5, 2014, a Richmond County Sheriff’s deputy was working an off-duty assignment when he heard gunshots near the Bi-Lo grocery store in the Southgate Shopping Center on Gordon Highway. He followed the suspect’s vehicle until deputies could stop the car, where they found three males, one suffering from a non-life-threatening gunshot wound.

When officers arrived on the scene of the shooting, they found the victim deceased from a gunshot wound. It is believed that he was killed during an armed robbery by sudden snatching.

As a result of the investigation, the suspects were charged with murder in connection to the death of Hanson.

On December 16, 2016, Scarboro was allowed to accept a plea deal for lesser charges in this case. He pleaded guilty to voluntary manslaughter and was sentenced to 5 years in prison and 15 years on probation.

On October 1, 2021, Scarboro was released from prison. One year after his release, he is now facing murder charges again in the death of Johnson. This case is currently pending in court.

On October 17, 2022, officers were dispatched to 3020 Washington Road in reference to shots fired, with two people being shot.

John Scarboro was transported to Augusta University Medical Center and is being treated for non-life-threatening injuries. [VICTIM #1] succumbed to his injuries on scene and was pronounced deceased at 2359 hours by Dep. Coroner Chris Langford with the Richmond County Coroner’s Office. The investigation is ongoing with no further information available at this time. Investigation turned over to Sgt. Lucas Heise.