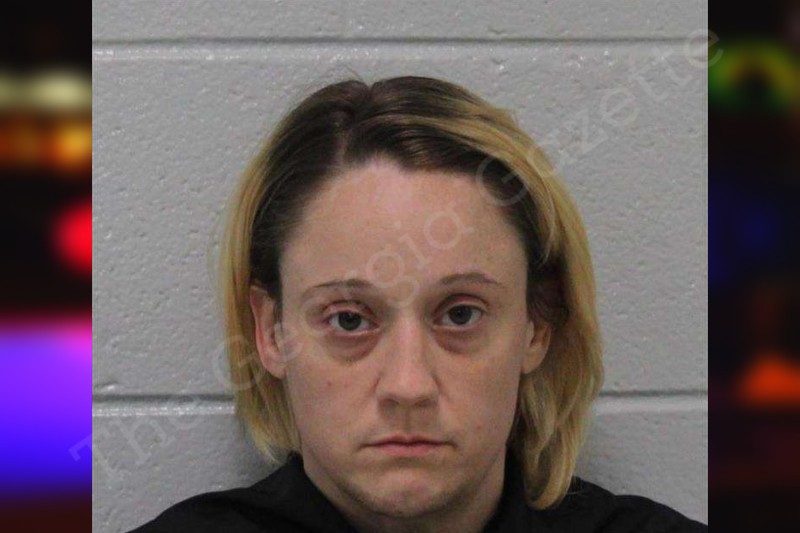 Carroll County (May 21, 2022) – Officers responded to Tanner ER regarding an injury to an infant. The mother explained that she had entrusted her two-month-old daughter to her friend for only 30-45 minutes while she attended a school meeting. She returned to find her infant crying inconsolably, which was unusual, and her friend anxious to leave. When she brought her baby to the ER later that day, doctors discovered a possible fracture/break to her leg.

After returning from Sharps Creek Elementary, her son’s school, the mother noticed that her baby would not stop crying. At first, she thought she might need food or have an upset stomach. The suspect, Kathryn Hanie, who had been staying in the mother’s house for several weeks, denied she did anything to the infant. She quickly packed her belongings, called her aunt to pick her up, and fled the scene without saying anything else.

The mother was able to feed her baby and get her to sleep for several hours, but she continued to cry after she woke up. She noticed a red mark on the baby’s left leg and, at first, thought it was due to the shorts Hanie had dressed her in fitting too tightly. She said she knew something was wrong because her baby had hardly cried in the past two months.

After the investigation was complete, Hanie was arrested on January 11, 2023 on a failure to appear in court bench warrant and cruelty to children – criminal negligence causing excessive physical or mental pain in the 2nd degree. This case is currently pending in court.

Upon arrival I met with the mother, [WITNESS #1]. She stated that her son, [REDACTED BY AGENCY], goes to school at Sharps Creek Elementary. She picked him up from school Thursday and his face was very red like he had a reaction to medication or something. She was upset due to no one from the school called to tell her. She made an appointment to meet with the principal on Friday @ 1230 hrs. She had a friend, Kathryn Amber Haney that has been staying at her house for the last two to three weeks.

She asked Kathryn to watch her two month old daughter, [REDACTED BY AGENCY], while she went to the school meeting. She was only gone for about 30-45 minutes. When she arrived back home her child was crying so she thought maybe she was hungry or had an upset stomach from changing formula recently. She was able to feed her but she was still very upset and crying. She stated that her baby has hardly cried in the last two months. She asked Kathryn what did she do to her and she replied nothing.

Kathryn had already packed her stuff and called her aunt to come and pick her up while this was going on. Her aunt arrived and Kathryn was very quick to leave without saying anything else. [WITNESS #1] stated that she was able to get [REDACTED BY AGENCY] to go to sleep and she slept for several hours. When she woke up she was still crying. She noticed that her left leg had a red mark on it but just thought her shorts that Katherine put on her were too small.

She was concerned about [REDACTED BY AGENCY] continuing to cry and decided to take her to Tanner ER. She was told that it was possibly a fracture/break. [REDACTED] with DFCS arrived at the ER and spoke with [WITNESS #1] in depth about the incident. CCSO Investigator North arrived on scene and the investigation was turned over to him. [WITNESS #1] did advise that they were waiting on transport to CHOA for further evaluation on [REDACTED BY AGENCY].