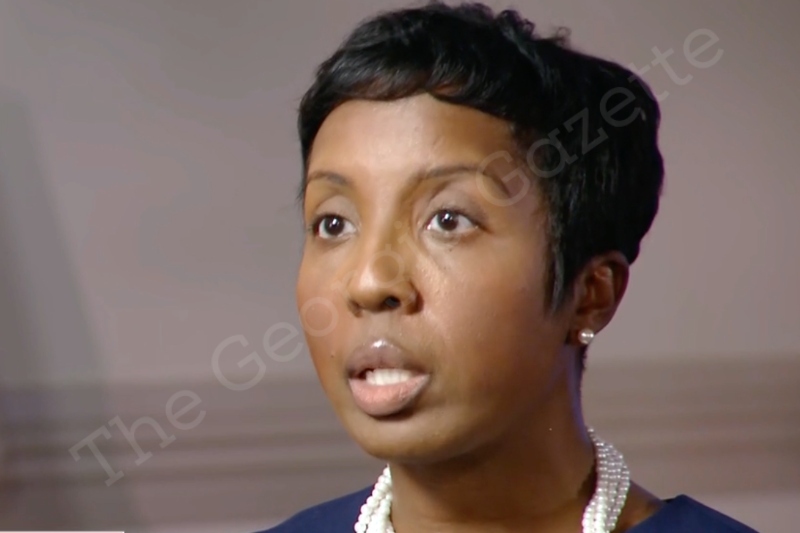 The following was taken from a press release distributed by the The Department of Justice, U.S. Attorney’s Office, Northern District of Georgia

Tiffany Brown has been indicted for allegedly defrauding the Federal Emergency Management Agency (“FEMA”) in connection with a nearly $156 million contract she was awarded that required Brown to provide 30 million self-heating meals to the residents of Puerto Rico in the aftermath of Hurricane Maria in 2017.

“It is unconscionable that Brown would exploit the disaster that Hurricane Maria wrought on Puerto Rico,” said U.S. Attorney Ryan K. Buchanan. “The residents of Puerto Rico—fellow Americans—were depending on and expecting the very best from its federal government, and from one another, during this unprecedented disaster. Our office will not hesitate to prosecute those who attempt to defraud the government during times of great need.”

“Fraudsters looking to profit off of individuals who are already suffering from the impact of a natural disaster is an appalling and inexcusable crime,” said Keri Farley, Special Agent in Charge of FBI Atlanta.  “The FBI and our partners will aggressively pursue any person who seeks to line their pockets by defrauding the government during times of tragedy.”

According to U.S. Attorney Buchanan, the charges and other information presented in court: On September 20, 2017, Hurricane Maria made landfall as a Category 4 hurricane in Puerto Rico. As a result, officials issued a major disaster declaration, and—shortly thereafter on September 25 and 26, 2017—FEMA issued a solicitation seeking vendors to provide 40,000,000 self-heating meals per week to the island. FEMA made clear that it required meals that were actually self-heating, and that meals requiring a microwave or heating by some external source—such as boiling water—were unacceptable.

On September 28, 2017, Brown submitted a proposal to FEMA falsely representing that her Georgia-based company, Tribute Contracting LLC (“Tribute”), could provide the necessary self-heating meals. In doing so, Brown allegedly misrepresented that Tribute and she:

Brown allegedly not only lacked any of these capabilities but had plagiarized significant portions of her proposal. On October 1, 2017, Brown followed-up with FEMA about her proposal and allegedly represented falsely that she had firm confirmation from her “core suppliers for 30 million self-heating meals in 30 days” and that she could begin delivering one million self-heating meals a day beginning on October 7, 2017. In reality, Brown had neither secured any suppliers to provide the self-heating meals nor arranged with any shippers or logistics agencies to deliver these meals.

On October 3, 2017, FEMA awarded Tribute and Brown a $155,982,000 contract that required Brown to deliver 30,000,000 self-heating meals between October 7, 2017 and October 23, 2017, beginning with a delivery of one million meals on October 7. Brown had still not secured a supplier for any self-heating meals when she was awarded the FEMA contract. Nevertheless, between October 7 and 9, Brown allegedly continued to falsely misrepresent the status of her suppliers and timing of deliveries. On October 11, 2017, Brown submitted to FEMA a voucher and supporting documentation (i.e., bills of lading) requesting a payment of $255,000 based on false representations that she had delivered 50,000 self-heating meals.

On October 19, 2017, Brown continued to claim to FEMA that she would supply the required meals. That same day, FEMA terminated its contract with Brown and Tribute. Even after the contract was terminated, Brown allegedly made false representations to FEMA in an effort to secure additional payments from FEMA for costs that Brown had purportedly incurred while trying to fulfill the contract.

Tiffany Brown, 43, of Atlanta, Georgia, was arraigned before U.S. Magistrate Judge Regina D. Cannon, charged with 11 counts of major disaster fraud, 14 counts of wire fraud, one count of theft of government money, and three counts of money laundering. Members of the public are reminded that the indictment only contains charges. The defendant is presumed innocent of the charges and it will be the government’s burden to prove the defendant’s guilt beyond a reasonable doubt at trial.  Brown was indicted by a federal grand jury on September 27, 2022.

This case is being investigated by the Department of Homeland Security, Office of Inspector General, and Federal Bureau of Investigation, with substantial assistance from the Federal Emergency Management Agency’s Office of Chief Counsel.