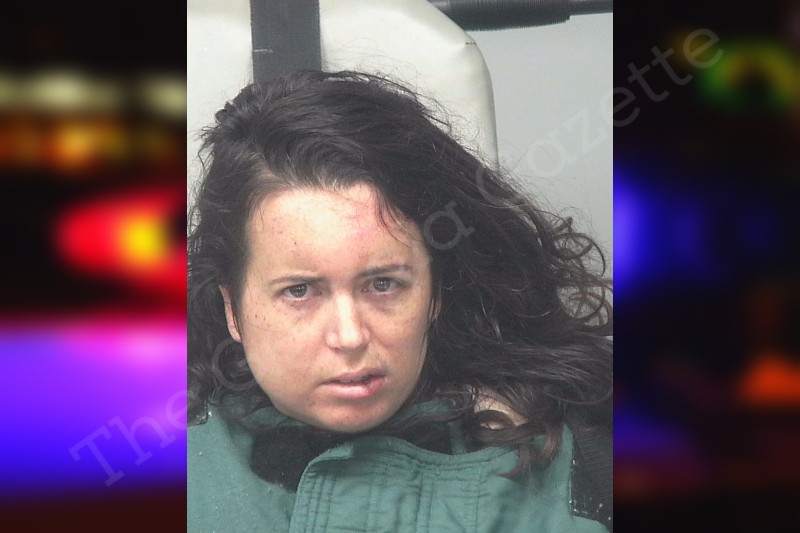 Warning: The following story contains strong language which may be unsuitable for some audiences. Discretion is advised.

Gwinnett County (October 15, 2022) – Multiple victims are recovering after being violently attacked and stabbed with a knife by a stranger at a Motel 6 off Oakbrook Parkway, with one of the victims being a 5-year-old boy.

Police arrived on the scene of the Motel 6 to discover two female victims had been stabbed, a five-year-old victim shoved down, and had witnessed the entire incident. The suspect, Filiz Yasemin Flood, was restrained by multiple people on the scene. One victim had already been transported to the hospital for stab wounds to the face and chest, with one victim’s eyelid appearing to have been cut in half.

The motel provided the footage to show precisely what had occurred that evening. According to the footage, two victims, a mother and her young son exited the vehicle while Flood left her hotel room at approximately the same time. When Flood approached the two victims, she shoved the 5-year-old boy’s head away from his mother and began attacking the female victim with a knife with the boy watching.

At this time, the other victim, the grandmother of the young child, was in a nearby hotel room and after hearing the commotion outside, exited the room to intervene, getting into a physical altercation with Flood.

They wrestled the suspect to the ground and got the knife away from her, but Flood attempted to grab it again to continue her attack. The knife was covered in blood once they got it away from her.

The victims did not know Flood before the incident.

Flood appeared to be under the influence of drugs and was transported by police to the county jail. On the way, she stated that she was drunk and “sorry for what she did.” Flood told officers that she needed to be placed with the men at the jail because she was afraid of women and threatened to kill herself several times on the way to jail.

Flood has current warrants for simple battery, cruelty to children, and aggravated assault.

Ofc. Palmer stated that when he arrived the suspect, Filiz Flood, was on the ground near the front office being restrained by multiple people. Ofc. Palmer took her into custody due to statements made to him. Ofc. Palmer took photos of the scene and uploaded them onto evidence.com. For more information see Ofc. Palmer’s supplemental report.

Flood then immediately starting attacking [VICTIM #1] with [VICTIM #3] standing nearby watching. [VICTIM #2] exited room [REDACTED] and started to intervene in the fight. The footage showed [VICTIM #2] and Flood get into a physical altercation and then Flood running away across the parking lot. [VICTIM #2] followed Flood until they got near the leasing office.

[WITNESS #1] stated she did not see the original incident but came over when [VICTIM #2] was restraining Flood. [WITNESS #1] saw that someone had wrapped a knife in a paper towel and moved it from in front of room [REDACTED] to where Flood was being restrained. The person who initially moved the knife is unknown. [WITNESS #1] said that Flood had attempted to reach for the knife after it was first moved.

[WITNESS #1] moved the knife into the office at the incident location for everyones safety. [WITNESS #1] assisted with first aid until police arrived. The knife was covered in blood and was secured by officers when they arrived onscene. A nail with blood on it was also located on the ground near the office. [WITNESS #1] and [VICTIM #2] stated that Flood had the nail gripped in her hand while she was being restrained.

I then went to [REDACTED BY AGENCY] hospital and met with [VICTIM #1]. [VICTIM #1] stated that she was getting out of her vehicle when she saw Flood running down the stairs. [VICTIM #1] did not think anything of it due to the incident location being a motel. [VICTIM #1] said that Flood pushed [VICTIM #3] then came up to her and started attacking her with her fists first. Flood then pulled out the knife and stabbing her several times. [VICTIM #2] then came outside and intervened and Flood then stabbed [VICTIM #2].

I went back to magistrate court a recalled warrant 22W-16295 due to incorrect victim information. I took warrant 22W-16305 for aggravated assault due to stabbing [VICTIM #2] in the arm. Warrant 22W-16305 was taken out under case number GP22085104A. These warrants were served to Flood in the jail. I was unable to secure the video footage of the incident. The employee of the business stated that his manager was coming to work on the 16th and that he would be able to give me the footage.