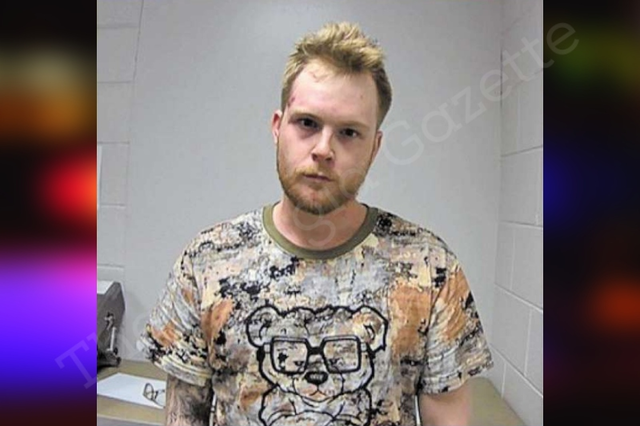 Coweta County (October 9, 2022) – A Newnan man, identified as Tanner Hand, 25, is in police custody after stabbing a part-time security officer in the hand following a report of a shoplifting at Dillard’s.

The officer chased Hand from Dillard’s through the Ashley Park shopping center. Upon the security officer’s attempt to apprehend Hand, the suspect started to run from the officer on foot. The officer was able to catch and partially detain Hand.

A Newnan police officer en route to a traffic accident diverted to assist the security officer. When additional officers arrived at the scene, they saw the security officer on the ground, with the suspect trying to get his hands free of the officer’s grasp.

While police conducted a search of the individual upon arrest, they found a suspected Xanax pill and psilocybin mushrooms. Also, in Hand’s possession before the arrest was multiple bags that appeared to contain merchandise in question regarding the report of shoplifting.

The items were returned to the store, which confirmed they were stolen and totaled a felony theft amount of $1,464.98

On 09 October 2022, an officer working a part time security job at a local business attempted to apprehend an individual suspected of shoplifting.

The subject was arrested and during the search incident to arrest, the subject was found to have in his possession, suspected Xanax and Psilocybin. Also in the subject’s possession prior to the arrest, he had multiple bags that contained merchandise that appeared to have been the items in question in regards to the shoplifting.

The items were returned to the store and confirmed to be stolen, totalling a felony amount of product value. During the altercation, the subject also attained minor injuries, therefore he was transported to the hospital for clearance prior to being transported to Coweta County Jail for booking.