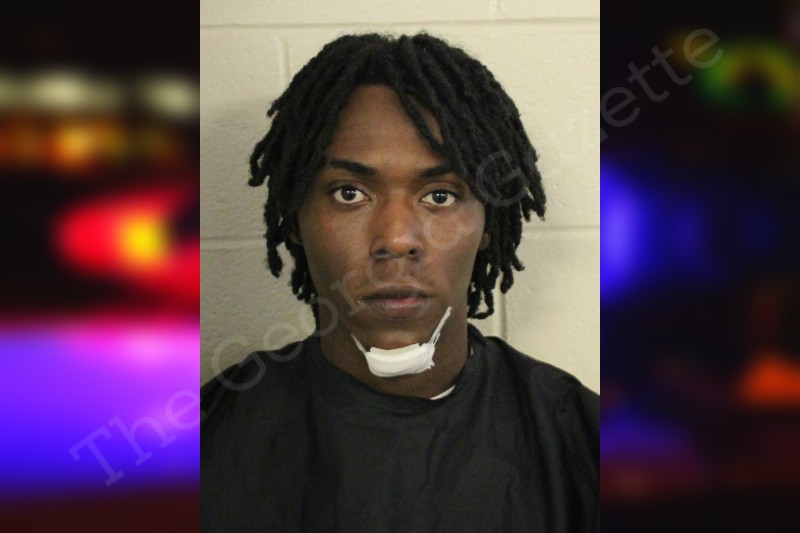 On November 15, 2022 at approximately 0005 hours I, Officer Bradley responded to Atrium Hospital (304 Turner McCall Blvd) in reference to a gun shot victim from [600 BLOCK] Elliott Dr NW. Shortly after arriving at the hospital a blue Nissan ([REDACTED]) being driven by [WITNESS #1] arrived with one of the victims, [VICTIM #1] in the backseat and [WITNESS #2] as the front seat passenger. Mr. [VICTIM #1] appeared to have a gunshot wound near his back area and was brought in to be treated.

As Mr. [VICTIM #1] received treatment I questioned the other occupants of the vehicle and they made statements that they did not witness the shooting but confirmed that it did in fact occur at [600 BLOCK] Elliot Dr. Ms. [WITNESS #2] and Mr. [WITNESS #1] stated they were inside sleeping when they heard gunshots and then Mr. [VICTIM #1] ran into the house stating he had just been shot.

Shortly after Mr. [VICTIM #1]’s arrival, a second victim, [VICTIM #2] arrived to the hospital on foot,. Mr. [VICTIM #2] appeared to have gun shot injury to his right wrist and right shoulder. I briefly interviewed both victims and they made statements about a Keshun Stocks.

Mr. [VICTIM #1] made statements that he was shot by a male that he knows as “ke” which was later determined to be a nick name for Mr. Stocks. While speaking with Mr. [VICTIM #2] he made statements the shooting occurred inside a vehicle that was parked near [600 BLOCK] Elliot Dr. The vehicle was occupied by Mr. Stocks (front passenger), Mr. [VICTIM #2] (rear driver side), Mr. [VICTIM #1] (rear passenger side) and another individual described as a light skin black male (possibly [REDACTED]). The group was inside the car smoking marijuana, when suddenly Mr. Stocks pulled a firearm and began to open fire into the back seat striking both back seat passengers.

According to the victims Mr. Stocks began shooting them without being provoked and they were both shocked. Mr. [VICTIM #2] added that he did in fact return fire after Mr. Stocks shot him. I asked Mr. [VICTIM #2] about the whereabouts of the firearm used to “defend” himself and he stated that the gun was gone. Both victims were questioned separately and had almost identical stories of the incident.

Assisting officers on the scene of the shooting located Mr. Stocks and he was taken into custody. Mr. Stocks was not cooperative and resisted officers by attempting flee on foot and kicked one of the windows out to a patrol vehicle (see supplemental for more). Mr. Stocks was transported to Atrium Hospital where he was medically cleared and I transported him to the Floyd County Jail without further incident. The scene where the shooting occurred was turned over to CID.

On 11/15/2022 I (Sgt Burnes) responded to Elliott Dr in reference to a reported shooting. I arrived on scene and observed a vehicle sitting in the yard of [600 BLOCK] Elliott Dr.

The vehicle’s driver side doors were both open, and there was an obvious bullet hole in the front door window. As I approached the vehicle I noted a black handgun between the front driver seat and the kick panel. The gun’s slide was locked back as if the magazine was empty. There was blood in the back seat, and a strong smell of marijuana in the area adjacent to the vehicle. At that time I determined that to be part of a crime scene and the area was taped off accordingly.

Further inspection of the area yielded the discovery of two shell casings near a car parked in the driveway, and fresh blood on that vehicle as well.

Several neighbors approached to tell us about seeing strange vehicles in the area recently, however no one was able to provide any useful information. I was approached by female who lives nearby. She wanted to remain nameless and was concerned that someone was in her backyard. There was part of her fence that was bent down, indicative of someone who had climbed over it. As I entered into her backyard and made my way to the rear of her property I heard the sound of something running through leaves and knocking over trash cans. The sound was going in the area of Eugenia Cir. During this time we were advised that Keshun Stocks had been injured and fled the scene on foot.

The Floyd County Police had officers in the area assisting in the search. They located the suspect on Shoreline Dr (See their report for detailed information). The suspect had to be tased multiple times by county units and was placed under arrest.

Atrium EMS arrived to check the suspect. As they were dealing with him he fled on foot from 4 uniformed patrolmen and two plain clothes officers. He was apprehended again a short time later. EMS declared that he did not need their treatment and he was placed in the rear of PFC Young’s patrol vehicle. FCPD officers had to force Stocks into the back seat. As Young was traveling to the station Stocks kicked the left rear window out of the patrol vehicle and attempted to escape.

I was able to prevent him from escaping from the window. As we opened the other door to pull him away from the glass, he sprung from the back seat and fell to the ground. We were able to hold him down until assistance arrived. The decision was made to transport him to the ER for clearance. He was secured to the EMS stretcher and transported by Atrium EMS. PFC White rode with them and he was successfully delivered to the hospital.

Other units were occupied at different scenes and we needed to locate Keshun Stocks Jr who had possibly been shot and could not be located. Dispatch advised that a ping of Keshun’s cell phone showed it to be somewhere around Sandy Beach Ter and Shoreline Dr.

I attempted to search the area to attempt to locate Keshun when dispatch advised that county officers had deployed their Tasers on a subject who was likely Keshun. I responded to that location to assist. County officers had handcuffed Keshun and were attempting to control him. However, Keshun continued to resist and at one point ran away from us again while handcuffed. Because of Keshun’s behavior, we decided to secure Keshun in my patrol vehicle since it was easiest to move and take him to the Rome Police Department for questioning concerning the shooting. Keshun persisted in resisting us attempting to place him in my patrol vehicle. Keshun’s legs were shackled due to him attempting to run away. Keshun was finally secured in my back seat.

I left the scene for the police department with another officer following. While en route, Keshun suddenly sat up, laid back down, then kicked my back left window shattering it. Keshun then began attempting to crawl out of the window to escape. I quickly stopped my vehicle at the intersection of Elliott Cir and Garden Lakes Pkwy. Keshun was placed back in my vehicle. I then opened the opposite door to attempt to secure him better but he exited my vehicle and fell to the ground where myself and other officers held him until he could be secured in an Atrium EMS ambulance and transported to the hospital.

Back seat cleared before and after transport.

Mr. [VICTIM #3] noticed some damage to his truck and the door to his garage the morning of the 16th and called 911. It looked like a bullet struck the back right side of his truck sitting in the driveway then hit the ground then struck the door that leads into his garage. I took pictures of all of this damage and will be adding it to the report. Mr. [VICTIM #3] said that his truck has suffered $1000 worth of damage and his door $500 worth of damage.