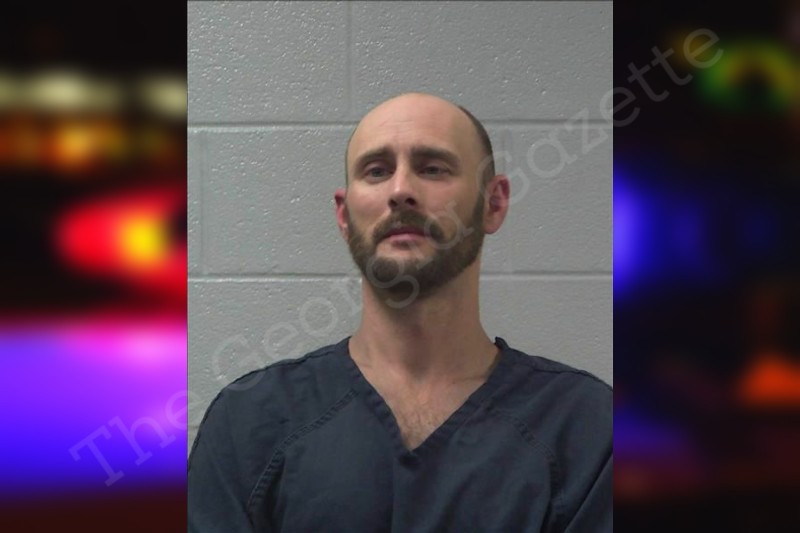 Reason(s) For Booking:
OBSTRUCTION OF AN OFFICER (MISDEMEANOR)

On October 31st, 2022 at approximately 1909 hours, I Deputy W. Giorgione #536 responded code one (No Lights/ Sirens) to a suspicious person walking on Turniptown Rd.

The subject continued to yell at myself and probation officers about “We took his truck” while still refusing to put the machete on the ground. The subject then ran into the woods on the east side of Turniptown Rd. Myself and probation officers began to pursue on foot into the woods. We lost sight of the subject in the woods, we then returned to the road with other units in scene. Corporal Albritton #548, Deputy White #530, Sgt Blaylock #551, Deputy Carver #529, and Ellijay police officer’s Hensley and Stafford were on scene to assist. All units patrolled the area in attempt to locate subject ending with negative results.

At approximately 2012 hours, Myself, Sgt. Blaylock #551, Corporal Albritton #548, Deputy White #530, and Deputy Carver #529 responded to another call of a suspicious person walking on Turniptown Rd wielding a machete.

Upon out arrival, we made contact with subject at approximately the 300 block of Turniptown Rd. Probation officers Rodney James and Brett Davis were also on scene to assist. As I exited my patrol vehicle, I identified the subject to be the same as the subject from before. I drew my agency issued pistol (Glock 17 Gen 5 Serial #BYLT560) and maintained at a low ready position. The subject had the machete in a sheath on his hip. Deputies gave verbal commands for the subject to get on the ground. The subject then took off running across the yard of a residence towards the woods on the west side of Turniptown Rd. Deputies gave chase to the subject.

While pursuing, I maintained my Duty weapon in a sul position to keep from flagging other deputies. While pursuing, I observed the subject reach for his machete, I yelled to other deputies he was reaching for the machete. The subject grabbed the machete from the sheath and threw it on the ground while still running towards the woods. I then holstered my duty pistol. D/S Carver took the subject to the ground at the beginning of the wood line. I assisted D/S Carver in placing the subject in handcuffs behind the back. I identified the subject as Jonathan Page via I.D in his wallet.

I performed a search of the pockets of Jonathan prior to transport. The handcuffs placed on Jonathan were checked for proper fit and double locked. Jonathan was placed in the rear seat of Patrol Unit #615 and secured the safety lap and shoulder belt. I transported Jonathan to the Gilmer County Adult Detention Center where he along with his belongings was turned over to the detention staff. I then completed a rear seat contraband check of patrol unit #615 with negative findings.

On October 31, 2022 I (Deputy J.Carver #529) responded as back up with Deputy Giorgione #536 to a suspicious person walking down turniptown road waving a machete at vehicles driving by. Responding deputies had arrived on scene prior to my arrival and the subject had ran into the woods. We attempted to locate the subject but was unable to do so.

All law enforcement officers on scene went back in service. A few minutes later we received another call from a different passerby stating this individual was in the road again making the same gestures as before. We responded back out to the scene where we made contact with the individual.

Deputy Giorgione and Deputy White were giving the individual verbal commands to put the machete up and lay on the ground. The individual refused to do. The individual was yelling at us and stating things like “f*ck cid for taking my truck”. The individual then took off running across someone’s yard and was heading towards someone’s residence. I gave chase at this time because we didn’t want the individual entering the residence and possibly barraciding himself inside.

The individual ran to the left side of the residence and tried to enter to woods behind the residence. I was able to make contact with him at the woodline and take him to the ground and put handcuffs on him. We then walked the individual back to where our patrol vehicles were and Deputy Giorgione transported him to the Gilmer County Adult Detention Center without incident.