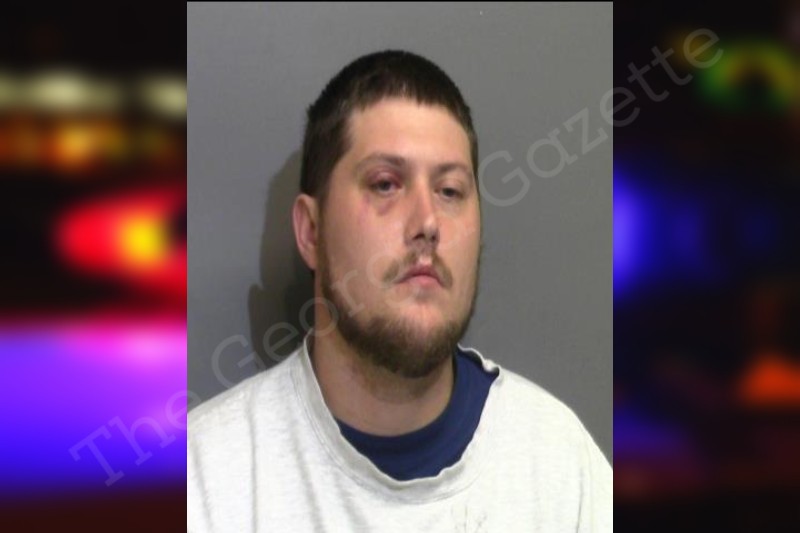 Myself and Officer Lane #155 arrived at the above address and went upstairs to room [REDACTED]. When we got close to the door, I heard a female saying she would have to call an ambulance. Officer Lane #155 then knocked on the door and a female, [VICTIM #1] (victim) opened the door. When I looked at [VICTIM #1], she was holding a towel to her left ear. I saw blood all over the towel and she was crying.

I had asked her what happened and she said her father’s child, Michael Riner, pushed her and she hit her head off of the stand. [VICTIM #1] said Michael left in a jacked up Chevrolet pick up, probably going to Brantley County. I also noticed two small kids in the room with her [REDACTED BY AGENCY] Officer Lane called for Emergency Medical Services while I spoke to [VICTIM #1] further.

[VICTIM #1] said Michael followed her upstairs, still trying to talk to her. She said she finally just let him talk to her so, they both went into the room, where the kids were sleeping. [VICTIM #1] said after some time of him talking, she was over the conversation and told Michael she didn’t want to talk anymore and to leave. She said he just kept on talking and wasn’t listening to her. She said she grabbed the hotel phone to try to call the front desk to tell them she has an unwanted guest but, Michael took the phone from her. She said this made him “freak out”.

[VICTIM #1] said Michael picked her up with both of his arms wrapped around her body, fell onto the bed with her and held her down with his body weight. She said she was on the bed that is closer to the door. She said as her was holding her down she was trying to wiggle her way out from under him. [VICTIM #1] said she got free and ran towards the door to leave but, Michael got in front of her. She said he put either his left or right hand around her neck and strangled her as he pushed her towards the T.V. stand, which caused her to fall backwards and hit her head on the corner of the stand. [VICTIM #1] said she got up, he saw her ear, screamed then left in a 2018 pearl white Chevrolet.

[WITNESS #2] said he did come with Michael to the hotel. He said him and [WITNESS #1] left and then got a call from [VICTIM #1] crying.

I told [VICTIM #1] that warrants for Michael’s arrest will be issued and to call if he comes back. A BOLO was issued to Brantley County.