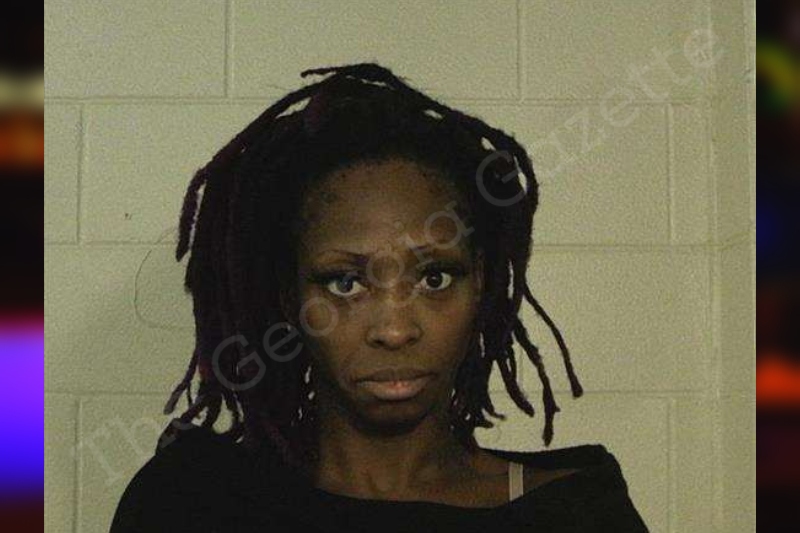 DUI – DRIVING UNDER THE INFLUENCE OF DRUGS

POSSESSION AND USE OF DRUG RELATED OBJECTS

NO SEAT BELT (W/OUT SURCHARGE)

POSSESSION OF SCHEDULE I CONTROLLED SUBSTANCE

On Friday 09/30/2022, I was sitting stationary on I95 South near mile marker 70. I was conducting speeding enforcement using my department issued LIDAR on the south bound side of I95. A black Hyundai Elantra (FL Tag [REDACTED]) was approaching my location in the #3 lane, at what appeared to be a high rate of speed. The vehicle registered on my LIDAR at 102 MPH in a 70 MPH zone. When the vehicle passed me, I turned on my emergency equipment and attempted to initiate a traffic stop.

I ordered the driver to exit the vehicle using my PA system. After a few moments, Mr. Travis McCullough exited the driver seat and he was detained. I ordered the passenger out using my PA system several times and she did not respond. I secured Mr. McCullough in my vehicle and approached the passenger. She was ordered out again and she complied. When I approached the vehicle, I could immediately smell the odor of marijuana emitting from the inside of the vehicle. The passenger, Ms. Jina Dorsey was detained and I requested ADS Styles to my location. ADS Styles arrived quickly.

I began searching the vehicle. On the passenger side on the side of the seat I located a jar labeled as marijuana. In the center console was another container labeled as marijuana. On the passenger floorboard was a small black bag. Inside the bag I located a clear plastic bag with multiple pills inside. There was also a white pill container which contained white pills with no imprint on them and orange pills. In the back seat behind the driver’s seat was a black backpack with women’s clothing. There was a black bag inside the backpack which contained THC Edibles. There were also 2 vape pens labeled as THC vapes. I also located numerous items that recently purchased with the tags on them, 2 wallets with Mr. McCullough’s credit cards in them, 3 cellphones and numerous gift cards.

Narcotics detective Mulcahey was contacted and informed what was located. He advised to place the evidence in the narcotics drop box.

I returned to Mr. McCullough and asked him about the green pills located in the plastic baggie. He stated the pills were adderall. He then stated he was sleeping and was not driving. I observed him step out of the driver’s seat. He then changed what he said and stated he was driving. He seemed confused while I was speaking with him. I asked if he would consent to field sobriety evaluations and he stated he would. I asked where he was coming from. Mr. McCullough stated he was just outside North Carolina a few minutes ago which is physically impossible to travel that distance in a few minutes.

I began by asking Mr. McCullough if he wore contacts or glasses. He stated he did have glasses, but could see my finger when I put it approximately 12 inches from his face.

The first evaluation I conducted was the Horizontal Gaze Nystagmus. Mr. McCullough’s pupils were of equal size and both equal size and both eyes tracked equally on the stimulus (my finger). I observed lack of smooth pursuit. I had to raise the stimulus several times due to the droopiness of Mr. McCullough’s eyelids. His eyes were also bloodshot and glassy. He showed no signs of vertical Nystagmus. (2 out of 6 clues)

The second evaluation was the walk and turn. Mr. McCullough was given verbal instructions and also given a demonstration. He gave a verbal “yes” stating he understood the directions. During this evaluation, I observed Mr. McCullough was unable to keep his balance during instructions, start too soon, miss heel to toe steps, conduct an improper turn, and stop when walking. Mr. McCullough appeared to be planning his steps. (2 instructional clue and 3 walking clues. 5 total clues)

The third evaluation was the one leg stand. Mr. McCullough was given verbal instructions and also given a demonstration. He gave a verbal “yes” stating he understood the instructions. During this evaluation, I observed Mr. McCullough use his arms for balance and sway when balancing. He also did not remain in the starting position and start before being told to do so. (2 clues).

I then conducted the Modified Romberg evaluation. I explained to Mr. McCullough I wanted him to put his feet together, tilt his head back, and estimate the passing of 30 seconds in his head. Once he believed 30 seconds passed, he was told to tell me to stop. Mr. McCullough stated he understood the instructions. Mr. McCullough advised me to stop timing at 27 seconds. I also observed eyelid tremors.

Mr. McCullough was then placed under arrest for suspicion of DUI. He was searched, handcuffed, checked for fit, and double locked. I read Implied Consent for persons over 21 and requested blood. Mr. McCullough agreed to provide a blood sample.

I asked Ms. Dorsey if she would consent to field sobriety evaluations also and she stated yes.

Ms. Dorsey advised she did not wear glasses or contacts. She also advised me that she had no issues with her legs or back that would prevent her from completing evaluations, but stated she was sore from a gym workout.

The second evaluation was the walk and turn. Ms. Dorsey was given verbal instructions and also given a demonstration. She gave a verbal “yes” stating she understood the directions. During this evaluation, I observed Ms. Dorsey unable to maintain the starting position, miss heel to toe steps, conduct an improper turn, stop when walking, take the incorrect number of steps (10 steps), and use her arms for balance. (1 instructional clue and 5 walking clues. 6 total clues)

The third evaluation was the one leg stand. Ms. Dorsey was given verbal instructions and also given a demonstration. She gave a verbal “yes” stating she understood the instructions. During this evaluation, I observed Ms. Dorsey use her arms for balance, put her foot down, and sway when balancing. She also did not remain in the starting position. (3 clues).

I then conducted the Modified Romberg evaluation. I explained to Ms. Dorsey I wanted her to put her feet together, tilt her head back, and estimate the passing of 30 seconds in her head. Once she believed 30 seconds passed, she was told to tell me to stop. Ms. Dorsey stated she understood the instructions. Ms. Dorsey advised me to stop timing at 19 seconds. I also observed severe eyelid tremors and body tremors.

Ms. Dorsey was then also placed under arrest for suspicion of DUI. She was searched, handcuffed, checked for fit, and double locked. I read Implied Consent for persons over 21 and requested blood. Ms. Dorsey agreed to provide a blood sample.

Next list tow was requested. Liberty Towing was dispatched and completed the tow without incident.

I transported both Mr. McCullough and Ms. Dorsey to Liberty Regional for the blood draw because both were in control of the vehicle while traveling on I95 South. At the entrance both now stated they wanted to refuse to provide a blood sample. I transported both to the jail where they were cited and released to the booking officers. A hold was placed on both for the seized contraband.

Prior to shift and after transport, I searched the rear of my patrol vehicle with no contraband found.

I logged all evidence and placed it into the narcotics drop box.