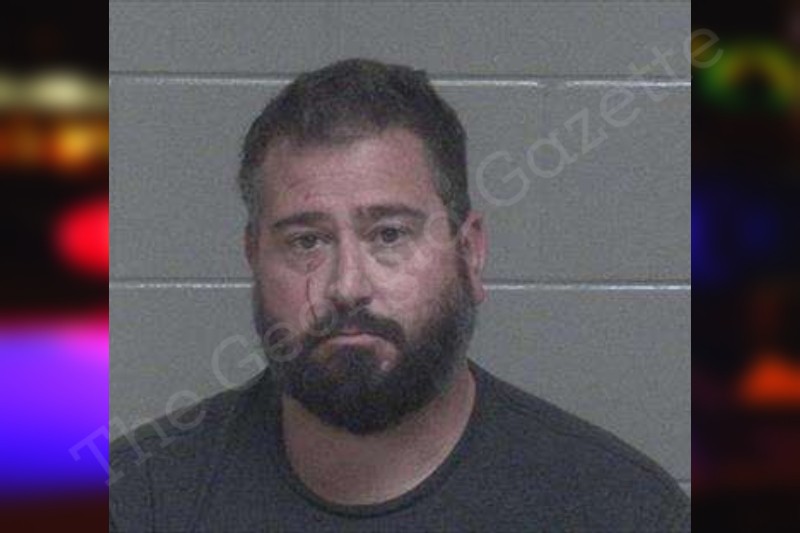 CRUELTY TO CHILDREN IN THE 3RD DEGREE

On Thursday, October 20, 2022 at approximately 8:11 p.m., I, Sergeant Lash, made contact with a female in the Sheriff’s Office Lobby who was attempting to find a deputy for information to get a Temporary Protective Order in reference to a domestic incident that occurred earlier this date.

As I was at the Sheriff’s Office in reference to an earlier case, I observed a female speaking with the central jail deputy requesting assistance in obtaining a Temporary Protective Order, (TPO).

I made contact with the female who briefly told me she was involved in a domestic incident earlier this date with her husband with her children present. The woman informed me that she did not want a report, nor for her husband to be arrested, she just wanted the TPO. I informed the female that I would give her contact information for Investigations Sergeant Brandy Newsome for further guidance and that I would return shortly to take a report if she wanted it. I gave the woman Sgt. Newsome’s county issued cell phone number before I continued to dispatch to gather information for a prior case.

I made my way to the lobby and spoke with Mrs. [VICTIM #1]. Once I gathered Mrs. [VICTIM #1]’s identifying information, I secured two photographs of her neck with my county issued cell phone, which were then sent to Sgt. Newsome. Mrs. [VICTIM #1] had marks on her neck and elbows that I could observe at this time.

I traveled to the residence located at [1500 BLOCK] Westminster Way in Madison, Georgia to make contact with Mr. Johnson. Once I approached the door, I could observe Mr. Johnson on the couch watching television. When I knocked, Mr. Johnson turned around to look and I illuminated my uniform with my flash light for him to see. Mr. Johnson approached the door and refused to open, stating “no thank you, no thank you” before walking into a back room where he could no longer be seen.

I contacted Captain Brandon Sellers as I already had a charge of aggravated assault based on the marks left on Mrs. [VICTIM #1]’s neck and her testimony that she was about to pass out from being choked. I contacted Associate Magistrate Judge Julie Ruark to notify her of the situation and that I was going to complete a warrant for aggravated assault prior to any potential forced action to take Mr. Johnson into custody. I completed one warrant for the count of aggravated assault. Judge Ruark signed and brought the warrant to the location for us to have in hand.

Captain Sellers arranged for other off duty units to arrive at the scene and attempted to speak with Mr. Johnson via telephone to come out of the house, which he still refused to do. Mr. Johnson stated he was going to call his lawyer and was given an amount of time to do so. After all units were on scene and Mr. Johnson was still delaying units at the front door, a small team including myself moved to the rear of the house in preparation to make entry. After we notified Captain Sellers we were in position, the call was made to breech the door. Entry was forced through a glass door on the rear of the house, breaking the planes of glass and wooden frame of the door itself. Mr. Johnson was taken into custody without further incident.

Mr. Johnson had fresh, visible marks to his face and left arm. Mr. Johnson also had a large gash on his right ankle area, though it appeared to be older. I secured pictures of Mr. Johnson’s injuries with my county issued cell phone, and sent them via county email to Sgt. Newsome.

Mr. Johnson was secured in the rear seat of my patrol vehicle. Sgt. Newsome contacted Mrs. [VICTIM #1] to let her know the status of the incident. I transported Mr. Johnson to the jail where he was turned over to jail staff without incident. The completed aggravated assault warrant was executed at the jail. I completed an arrest affidavit for that charge as well as one count of cruelty to children in the third degree. I will secure the warrant later the next date, October 21, 2022.