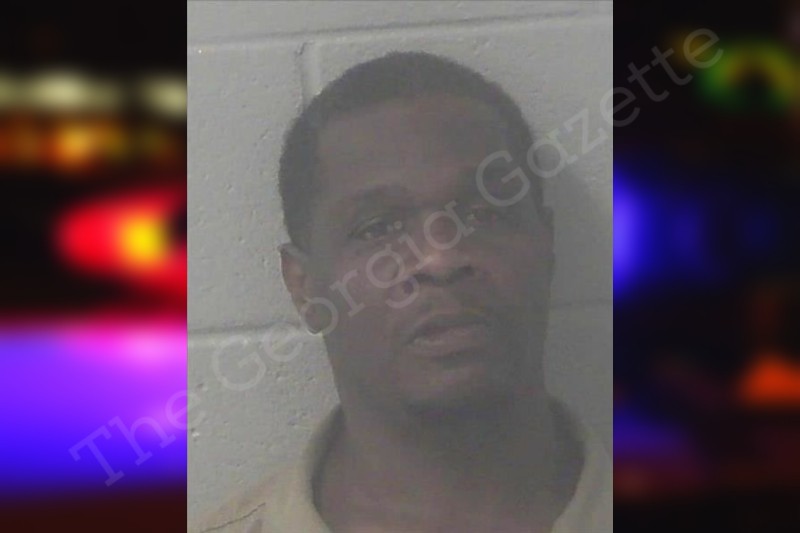 Reason(s) For Booking:
PROBATION VIOLATION (WHEN PROBATION TERMS ARE ALTERED) FOR FINGERPRINTABLE CHARG

DUI – DRIVING UNDER THE INFLUENCE OF ALCOHOL (LESS SAFE)

At approximately, 1923 hours officers responded to a single car accident with possible injuries. The accident occurred near a few hundred feet from the intersection of Emory Street and Geiger Street. A white Ford Ranger bearing Georgia Tag [REDACTED BY AGENCY] struck a power pole and airbags were deployed.

Fincher #232 made initial contact and began giving the male lawful commands to stop. When I exited my unit I began giving the male several commands to stop walking away which he ignored. I then advised the male a couple of times he would be tased if he didn’t comply. Fincher #232 grabbed the males arm to detain him and he aggressively snatched his arm away from her. After that action by the male I fired my taser only making connection with one prong.

The male then took off run and a short foot pursuit ensued. I fired my taser a second time making a good connection initiating full NMI (Neuromuscular Incapacitation). The male again ignored commands and began getting up so activated the taser via arc button but no NMI occurred. Then the male began rising to his feet ignoring commands and warnings again and I activated my taser via arc button there was again no NMI. Both arc activations were ineffective due to one prong making connection. After the NMI (Neuromuscular Incapacitation) the male hit the ground and rolled to get up causing the other connecting prong to disconnect. The male was then taken into custody still with some resistance pulling away from officers.

The male keep stating out loud during the encounter to someone on the phone he was getting ready to go to jail. He was identified by his Georgia ID card in his possession as Marcus Darnell Kemp. Kemp’s GCTC/NCIC and State information return that his driver’s license was suspended. In addition to the suspension Kemp had an active warrant for his arrest.

While dealing with Kemp there was a strong odor of an alcoholic beverage coming from his person when he spoke. Kemp without being questioned in spontaneous utterance stated that he had two beers and one shot to drink and also smoked some marijuana. Kemp was read the Implied Consent and refused the state administered test of his blood. Kemp stated that he had dropped his cell phone and bent over to pick it up from the floor and next thing he knew he had hit the pole. Kemp also advised that when he ran from the accident he threw a bag of marijuana into the bushes. Officers were unable to find the marijuana.

Kemp was taken to Piedmont Newton Hospital where he was checked out for any injuries from the accident in addition to being tased for his non compliance.

The vehicle was towed by K2.