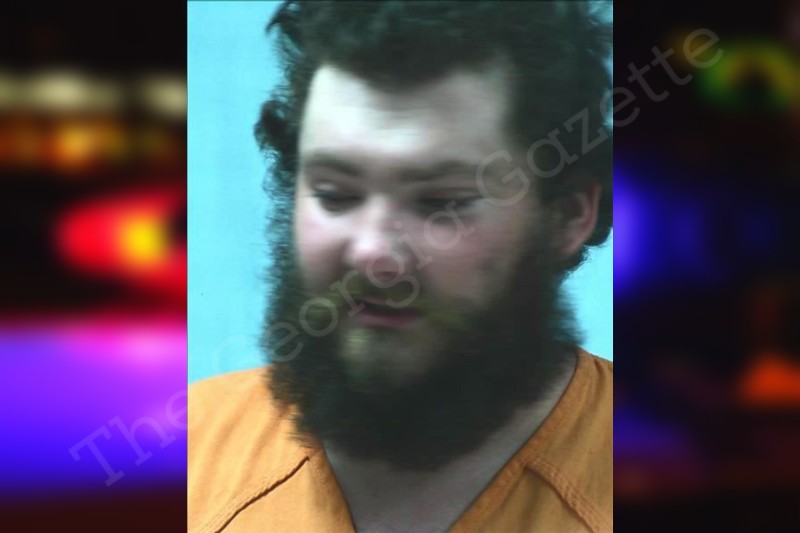 Reason(s) For Booking:
CRUELTY TO CHILDREN.

On Tuesday August 23rd at 2036 I Deputy Sheffield, Deputy Moorehead, and Lt. Carr were dispatched to [6000 BLOCK] Hwy 39 South inside Seminole County 39845 to a reported domestic.

I Deputy Sheffield then placed the male subject under arrest at 2051 hrs and then transported him to the Seminole County Jail at 2056 hrs and arrived at the county jail at 2103 hrs.

On Tuesday August 23rd at 2036 hrs inside Seminole County, GA 39845 I, Deputy Sheffield, Deputy Moorhead, and Lt. Carr were dispatched to [6000 BLOCK] Hwy 39 South Apt [REDACTED] in reference to a domestic. We arrived on scene at 2038 hrs and came in contact with a female subject sitting in a black chair on the front porch.

We asked the female subject where he was at and she stated he was inside, we then asked her what did he do and she stated that he was picking her up and slamming her on the counters and stuff. The victim later identified as [VICTIM #1] went on to tell us that he tore her pants on the counter and ripped them. [VICTIM #1] was then asked if the male subject had done this before and she said that the male subject had did a time before, because he punched out her window on her car, and then got drunk and said it was an accident.

[VICTIM #1] then opened the front door and let us in to make contact with the male subject later identified as Gunner Gowan. When we made entrance into the apartment we seen a juvenile sitting on the couch with teers in her eyes, and with her knees brought up to her chin to cover her face. Gunner was siting at the kitchen counter on a stool with his arms crossed facing the door. The question was asked who had been cleaning up Gunner then stated that nobody had been cleaning up that was the problem, he then went on to say that he had been at work all day everyday Monday through Saturday. That’s when [VICTIM #1] said that she works too.

I then told [VICTIM #1] to come outside to sit so there wouldn’t be no fussing at each other so we could get his side on what was going on. After I got [VICTIM #1] to go outside and sit Gunner was asked if he had been drinking and he stated that he wasn’t that he was calm until [VICTIM #1] started with him. Gunner then went on to say that he asked [VICTIM #1] if she was gonna do anything because she had been at home all day and had not done anything, and that he was sick of working all the time and not being able to have anything. Gunner was then asked if he had anything to drink he told us Mike’s Hard Lemonade and was then asked if drugs were mixed with it he stated no there wasn’t. That he doesn’t do drugs.

I then asked Gunner if there was any physical confrontation he said no that it was just arguing and yelling. I also asked Gunner if anything was thrown at her or did [VICTIM #1] throw anything at him he said no. Gunner went on to say that he was tired of not having anything and tired of having no one to help him out, he went on to tell me that he was not a physical person because he grew up in a abusive home with his step-father beating on his mother that he would not raise his children in that type of environment.

After Lt. Carr came back from outside we came together and talked about what was gonna happen with this situation. We agreed Gunner being the primary aggressor after hearing the story from both parties and the juvenile. After we got done with our conversation on what would happen we noticed a knife with a wood handle on it and asked Gunner what the knife was used for and he stated that [VICTIM #1] used it to cut the chicken with that we would find the plate somewhere that she cut it on.