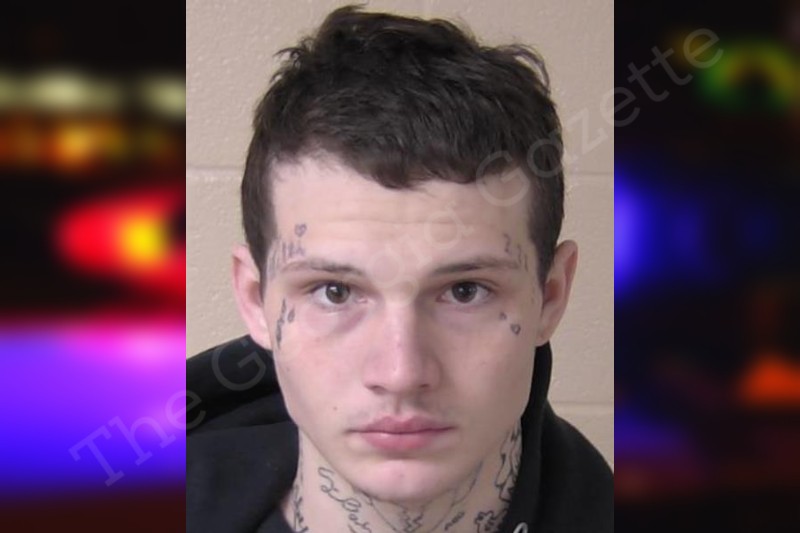 On 11/29/2022 at 1637 hours I responded to [600 BLOCK] James St lot [REDACTED] in reference to a disturbance involving a busted car window and pepper spray being used.

Upon arrival I made contact with the victim [VICTIM #1] who was crying, screaming and in visible pain in the yard. I also made contact with the victim [VICTIM #2] who had her left eye closed and was also in visible pain. I observed the back windshield of a vehicle busted behind them. I immediately advised both victims that we would need to go inside to a water source to decontaminate them from the pepper spray.

The victim [VICTIM #1] stated the suspect DW was getting CR’s property from outside the residence when the suspect CR exited the vehicle and threw a large cinderblock into her 2012 silver Ford focus back windshield. The victm [VICTIM #1] stated the listed juvenile victims were strapped in the vehicle due to them about to leave the residence and that pieces of the cinderblock and glass had went everywhere including on them.

The victim [VICTIM #1] stated it would cost around $500 to fix the vehicle’s back windshield. The area was checked for the vehicle and suspects with negative contact. Photos will be attached. Due to the chaos, no photos were taken of the victim’s faces during the effects of the pepper spray. Both victims were provided their case number and a victim’s bill of rights form.

I am applying for warrants on the suspect CR for simple battery for pepper spraying the victim [VICTIM #2], simple battery (FVA) for pepper spraying the victim [VICTIM #1] who he was living with, reckless conduct for endangering everyone’s safety on scene with both the cinderblock and pepper spray, cruelty to children (3rd) (x2) due to allowing the juveniles to witness the disturbance and criminal damage to property in the 1st degree for the back windshield cost being $500 and the damage endangering human life when it was caused.

I am applying for warrants for the suspects JM and DW for conspiracy to commit a felony (criminal damage to property 1st degree) due to both suspects getting into the vehicle and bringing the suspect CR to the residence with the cinderblock and they should have known that the cinderblock was to cause damage, endanger life or injury someone.

On the listed date and time I was dispatched to the listed location in reference to a warrant. Upon my arrival DTF already had the suspect in custody. I placed the suspect in handcuffs. The cuffs were checked for fit and double locked. I checked my back seat before and after transport and nothing was located. I transported the suspect to the Walker County Jail where he was turned over to jail staff.