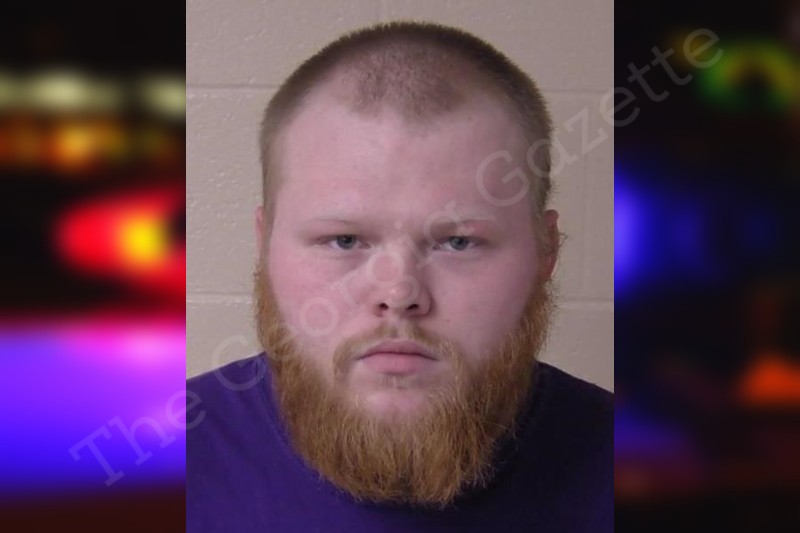 Reason(s) For Booking:
Criminal Trespass-Damage to property under $500

I was dispatched to a domestic at the incident location deputy Kirby responded with me as a backup unit. The caller/victim told Walker 911 she was having problems with her 22 year old son. He was cursing her and destroying the house. Walker 911 advised that the suspect was cursing at them and refusing to answer their questions. The CAD had been updated to include that the suspect had told 911 operator [REDACTED] she was a bit*h and to stop asking him questions.

We arrived and the suspect opened the back door and invited us inside. I immediately observed that the microwave above the stove had the glass shattered all over the stove, counter top, and floor. There was a metal serving tray that one of the legs broken off of it. I learned later the suspect had picked it up from the coffee table and just threw it deliberately into the kitchen without care or concern as to what it might damage or destroy. The tray had dented a large oval crock-pot denting the back of it and bending the metal rim around it.

I detained the suspect at this point as he appeared to be angry and still upset. He had reddened skin, furrowed eyebrows, and was yelling at the victim. The victim said the suspect was upset that his vehicle was not in working order this morning. He wanted to borrow hers. She told him no and suggested he use the girlfriend’s car. He became enraged and began throwing the tray and knocking other knick-knack items off of the table. He initially called 911 and then handed the phone to the victim and made statements he should be arrested or taken to jail.

This incident is cleared by arrest at this time.

Upon taking custody of the suspect, he was transported to the Walker County Detention facility without incident.