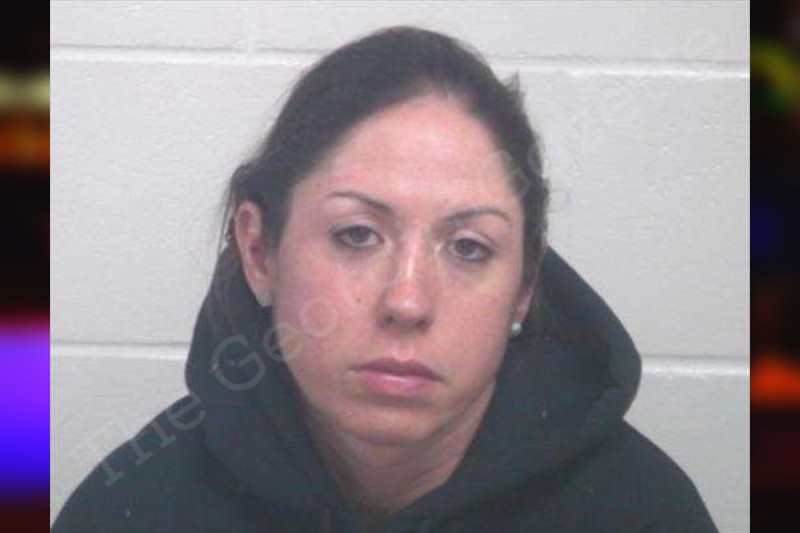 POSSESSION OF FIREARM BY CONVICTED FELON

DISCHARGE OF FIREARMS ON OR NEAR PUBLIC HIGHWAY OR STREET

DISCHARGING FIREARM WHILE UNDER INFLUENCE OF ALCOHOL OR DRUGS

On 11-22-22 at approximately 2351 hours Sgt. Davis responded to 405 Highway 15 South in reference to a call of shots fired. Upon arrival Sgt. Davis made contact with [VICTIM #1]. She advised earlier in the day she told her friend Taylor Dominey she did not want to be friends with her anymore. Ms. [VICTIM #1] advised she received several threatening text messages from Dominey, advised she was going to harm her. [VICTIM #1] advised this put her on high alert.

After firing the shots at the vehicle, Dominey attempted to place her vehicle in the roadway to stop [VICTIM #1] from traveling. [VICTIM #1] then used the tractor to strike Dominey’s vehicle to avoid Dominey from stopping her from traveling. After the collision [VICTIM #1] continued to the Citgo store where she waited on law enforcement to arrive at the store. Once Sgt. Davis arrived observe damage to the John Deer Tractor consistent with being shot.

At this time [VICTIM #2] advised he was able to run away when Dominey turned her head. [VICTIM #2] ran through woods until [REDACTED] located him running near the roadway. Lt. Perdue recovered the cell phone from the yard. Deputies searched the area for Taylor Dominey and Emily Osborn. Sgt. Davis located the vehicle on Highway 68 South, just south of Piney Mount Rd. Sgt. Davis observed the vehicle to still be occupied by at least two people. Sgt. Davis turned on emergency blue lights.

Once the emergency lights were on the passenger side door came open. Sgt. Davis observed Taylor Dominey fall out of the vehicle. Emily Osborn exited the vehicle behind her. Sgt. Davis instructed Dominey and Osborn to keep their hands in the air. Dominey failed to comply with lawful instructions. Sgt. Davis pointed his issued duty weapon at Dominey and Osborn until Cpl. Farthing and Capt. Burgamy arrived. Once other deputies arrived Dominey went back into her vehicle, after given lawful commands not to go back into the vehicle.

Dominey exited the vehicle with liquor shots in her hand. Dominey and Osborn were still not following lawful commands. At this time Cpl. Farthing shot his duty issued Taser 7 at Dominey, striking her in the back and thigh. Sgt. Davis then escorted Dominey to the ground. Sgt. Davis placed Dominey in handcuffs of proper fit and double locked. Cpl. Farthing apprehended Osborn. She was also placed under arrest. Deputies searched the vehicle and located approximately two 9mm shell casings in the vehicle. Ronnie’s Towing responded and removed the vehicle. The vehicle was impounded at the Washington County Sheriff’s Office.

Dominey and Osborn were both transported to the Washington County Sheriff’s Office.

On Tuesday November 23, 2022 at approximately 0140 hours, Cpl. Farthing went to assist Sgt. Davis who had located vehicle on Highway 68 S involved in a Aggravated Assault involving a firearm. Cpl. Farthing exited his patrol vehicle, he could hear Sgt. Davis giving loud commands to Taylor Dominy and Emily Osborn. Neither subject was following any commands and the comment could be heard to Fu*king Kill Me.

Cpl. Farthing was unaware if Dominy had possession of firearm used in incident and could not see her hands. Cpl. Farthing deployed his issued taser X7 Serial #X4000DXAR and cartridge serial #X4922XKPF at Dominy. One probe struck lower right side of back and second struck right thigh. As taser was going through cycle Sgt. Davis was able to take Dominy down and into custody. Cpl. Farthing turned his attention to Osborn who was approaching deputies. Cpl. Farthing was able to grab Osborn and place her onto the ground.

Cpl. Farthing gave commands for Osborn to give her hands in which Osborn kept refusing to comply. During this time it was still unknown if either suspect was armed. Cpl. Farthing at that time used same taser in on drive stun and made contact with Osborn’s lower back. While drive stun was going through cycle Cpt. Burgamy assisted in placing Osborn into custody. Lt. Perdue escorted Osborn to Cpl. Farthing’s patrol vehicle. Sgt. Davis had dispatch to send EMS to scene.

While deputies were waiting on EMS arrival Dominy removed taser probe from thigh and threw it at Sgt. Davis while in cuffs. Other probe was no longer attached to skin when checked. Both subjects were checked out by EMS Med 150-M3. Sgt. Davis advised that Dominy had no pain complaints. Osborn complained about back pain. EMS checked Osborn and no injuries were located from drive stun. Cpl. Farthing transported Osborn to Washington County Sheriff’s Office.