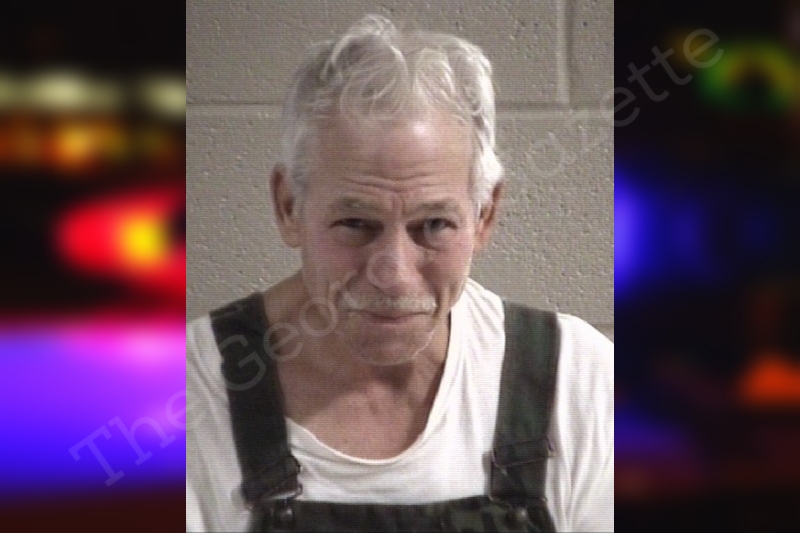 Whitfield County (January 6, 2023) – The girlfriend of a Dalton man sought refuge at a local business after escaping his violent beatings where he used his rifle to fracture her face and arm, strangled her, and would not let her leave their home.

While driving down the road with her boyfriend, Vann Mitchell, the victim stated he became irate because she could not locate her phone. The victim, who had already sustained severe injuries from a previous assault at the hands of Mitchell, escaped his vehicle and ran inside Heartlite Hospice Care, where an employee called 911.

The victim’s sister arrived at the hospice facility and told police this was not the first time Mitchell had assaulted her sister.

The girlfriend told police her visible injuries were from an attack three days earlier. She said Mitchell began beating her after he finished a bottle of Wild Turkey. First, he used his fists and then a loaded rifle to strike her, telling the victim he would “kill her and her family.” Mitchell then pulled her into another room in their house and strangled her while preventing her from leaving.

Once Mitchell fell asleep, the victim called a friend who took her to Hamilton Medical Center, where she got treatment for a broken nose, broken eye sockets, a fractured jaw, and a fractured left arm.

The victim told hospital staff she received her injuries from a four-wheeler accident, and when released, she returned home with Mitchell, where she said she felt safe until the altercation in their car three days later.

The victim described Mitchell’s rifle to officers, and officers gave her a Victim’s Bill of Rights form. She said she would write a victim’s statement later because she did not have her glasses.

The victim refused medical care and said she would go home with her sister.

Mitchell was arrested during a traffic stop two hours after he fled from police when he saw responding officers’ vehicles approaching him at the hospice facility. Deputies found two rifles, one matching the description given by the victim of the weapon used in the assault, and five ammo boxes inside his vehicle.

Mitchell was transported to the Whitfield County Jail on charges of kidnapping, false imprisonment, aggravated assault, aggravated battery, and terroristic threats and acts.

On Friday, January 6, 2023 at approximately 1614 hours, Deputy Collins and Deputy Spivey responded to a domestic disturbance at 307 W Emery Street. Upon arrival Deputies spoke with the victim, [VICTIM #1]. The victim had severe injuries to her face, chest, and arms and appeared to be in fear for her safety. The victim stated she was in the vehicle with her boyfriend, Van Marcus Mitchell, when they started to argue about her cell phone being lost. The victim stated she got scared and got out of the vehicle to get away from the suspect.

The victim ran into Heartlite Hospice Care and spoke with an employee, [REDACTED]. Mrs. [REDACTED] stated the victim came inside of the business and asked for help because her boyfriend was outside and had attacked her. Mrs. [REDACTED] called 911 and due to the address being in the city, Dalton Police Department (DPD) responded. Upon arrival DPD stated they saw the suspect’s vehicle close to the business and when they approached the vehicle, the suspect’s vehicle fled the scene.

Upon further investigation it was discovered the domestic matter occurred on Tuesday, January 3, 2023 in the late hours of the night and continued on until early Wednesday morning. The victim stated to Deputy Collins she was with her boyfriend, at [3700 BLOCK] Old Dixie Hwy where they reside together. The suspect became agitated after drinking a bottle of Wild Turkey and began to physically assault the victim. She stated the suspect started striking her all over with his fist and then transitioned to his rifle. She stated the suspect told her the weapon was loaded and he was going to kill her and her family. The suspect grabbed the victim’s left arm and pulled her into a separate room of the house and refused to allow her to leave.

The suspect continued to assault the victim by striking her several times with the rifle and used his hands to strangle her. When the assault was over the suspect went to bed and the victim was able to call a friend, [REDACTED], who took her to Hamilton Medical Center. While at the hospital the victim stated she was diagnosed with a broken nose, broken eye sockets, fractured jaw, and fractured left arm. All of the victim’s injuries were consistent with her story. While at the hospital the victim told the medical staff, she was in a four-wheeler accident and after receiving treatment she returned back home with the suspect.

Photos were taken of the victim’s injuries and a Victim’s Bill of Rights form was signed and a copy was given to her. The victim also stated she would write a victim statement, but she stated she could not see because she did not have her glasses. The victim was unable to locate [REDACTED] contact information for Deputies, due to not having her phone. While the victim was giving her statement, she was able to describe the rifle to Deputies. She stated it was a long black barrel gun with wood grain stock, and a scope on the top.

Photos of the suspect’s face and hands were taken at the jail. The photos of the victim and the suspect will be uploaded to evidence.com. DPD also completed an incident report number 2023-00127, for the incident that occurred at 307 W Emery Street.