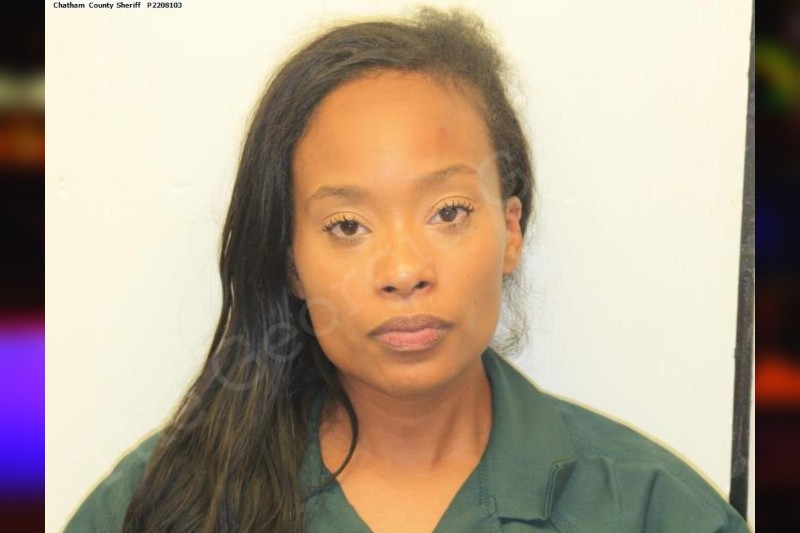 Reason(s) For Booking:
Driving On Wrong Side Of Roadway – M

DUI – DRIVING UNDER THE INFLUENCE OF ALCOHOL – M

On 08 November 2022, I was dispatched to the area of Interstate 95 northbound near mile marker 99 (Interstate 16) for a vehicle driving the wrong way on I-95. Chatham Dispatch advised the vehicle was traveling southbound in the northbound lane of traffic on I-95. I was notified that Savannah Police Department had located the vehicle and stopped the vehicle.

I arrived on the scene and observed the Savannah PD officer (APO. Clay) holding the driver’s hand so she would not attempt to drive away. I made contact with the driver and she was later identified as Genesis Licil. Ms. Licil was asked to step out of her vehicle and she complied. I asked Ms. Licil to walk to the front of her vehicle that was facing the wrong way of travel, and she complied. Ms. Licil advised she is not from the area and that she was from New York. Ms. Licil advised she could not see and that her headlights are dull.

I observed Ms. Licil walk to the front of my patrol vehicle. While speaking to Ms. Licil in the front of my patrol vehicle I could smell an odor of an alcoholic beverage coming from her person and I observed her eyes were bloodshot red. I could hear a slur in Ms. Lilic’s speech. I asked Ms. Lilic if she would perform Standard Field Sobriety Testing and she advised “yes”. Ms. Lilic advised she consumed 1 alcoholic (Vodka) drink, 1 hour before this incident. Ms. Lilic advised that she was coming from Sorry Charlies in Savannah, Ga. I started Standard Field Sobriety Testing.

During the medical clearance, I asked Ms. Lilic if she felt safe to drive the motor vehicle and she stated “I don’t know I’m just a server”. Ms. Lilic advised that her head hurts a lot but then advised that due to her culture (Hispanic) they look at minor problems as not serious. I started HGN testing. The following are clues I observed during this test. I did not observe resting nystagmus. I did observe equal tracking in both eyes and I observed both pupils were equal in size. I used the tip of my pen as the stimulant and held the stimulant 12-15 inches away just above eye level from Ms. Lilic’s eyes.