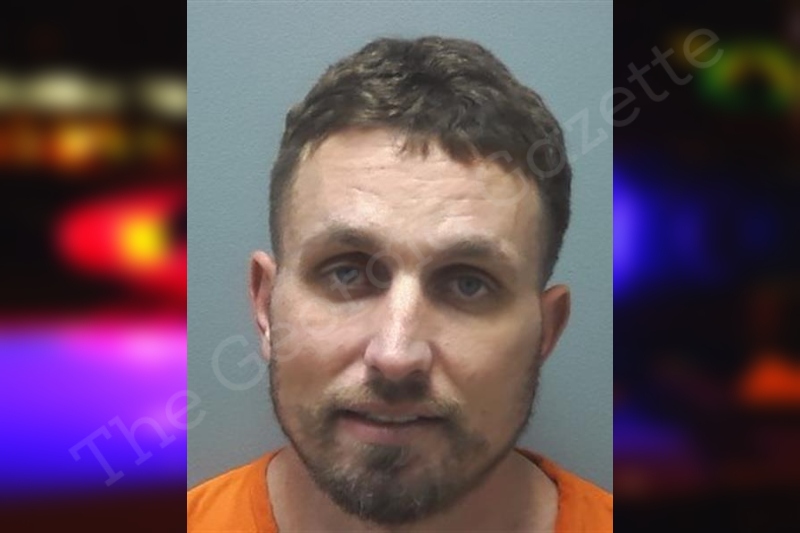 Reason(s) For Booking:
ADD HOLD TO HOLD SECTION IN CCJAIL

POSS OF SCHEDULE I

On 12/6/22 I Officer Rhodes was dispatched to agency assist call for Cherokee Fire department, in reference to a male locked in the bathroom of the Waffle House, located at 197 Towne Lake Parkway. I arrived on scene and made contact with a male who was later identified as Brandon HARADON [REDACTED BY AGENCY].

HARADON told me that he was shooting methamphetamine into his arms with a needle. I searched HARADON for any illegal drugs or drug related objects, and nothing was found on his person. I then asked HARADON if he had a drivers license, and he stated he didn’t know where it was.

I ran HARADON’S name and DOB through GCIC and he returned with a possible warrant out of Gordon County for FTA (sex offender registry). Cherokee Dispatch confirmed the warrant and HARADON was placed under arrest for the active warrant. Handcuffs were properly fit and double locked behind his back.

HARADON was driven to the Cherokee County ADC in vehicle #1716 without incident. While in the book in process at the ADC the jail nurse refused HARADON based on his “unhealthy mental state.” His property was returned to me and I then transported HARADON to Cherokee Northside Hospital to for a medical evaluation. HARADON was cleared by the medical staff at Cherokee Northside and transported back to Cherokee County ADC.

While I was completing paperwork, Cpl. Burgos advised me that after we left to drive HARADON to the hospital, a clear plastic bag with suspected methamphetamine was found in the plastic bin used to hold HARADON’S clothing. Cpl. Burgos stated that the bin was empty before HARADON’S clothing was placed in it. HARADON was booked in without further incident.

I took arrest warrants for HARADON for violation of OCGA 16-13-30(a), and 42-5-15(2). A GBI evidence submission form was completed and the suspected methamphetamine was entered into evidence. Two bags of miscellaneous paperwork and electronics belonging to HARADON were also entered into evidence for safekeeping and Nothing further to report.