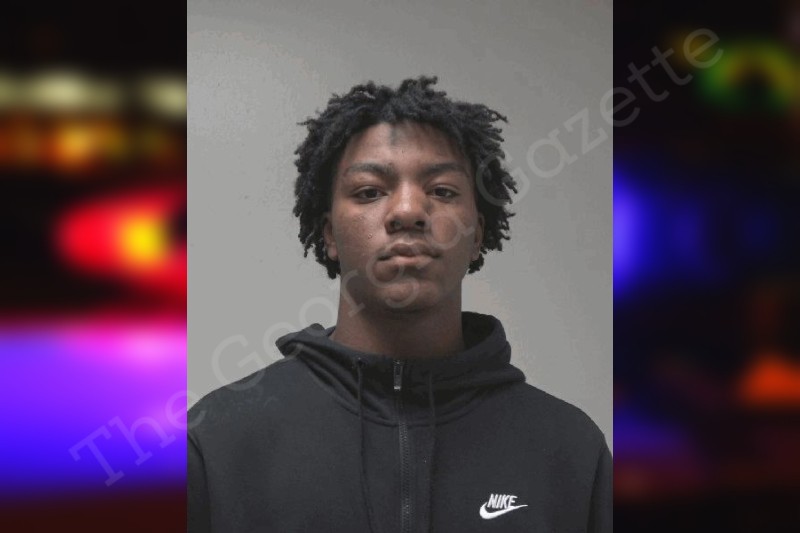 On November 7th, 2022 I Ofc. J. Worth (Unit 482) with the City of Newnan Police Department was dispatch to the area of [REDACTED BY AGENCY] StoneBridge Way in reference to a burglary in progress.

At approximately midnight 911 received a call from the home owner of [REDACTED BY AGENCY] StoneBridge Way who stated someone was trying to open his garage door and he had it on camera. Upon my arrival at 12:05am, myself and other units checked around the house and did not find anything. I then made contact with the victim who stated he and his family were sitting in the living room when they heard a loud bang come from the garage area.

The victim stated he then checked his ring door bell camera and could see a subject appear to open the left side garage door around 11:57pm. The victim stated this garage door is a manual door only. While gathering information a Coweta County Deputy Unit 128 came over the radio and advised he had two males running toward Cobblestone Dr between the houses around that same time 911 received call from [REDACTED BY AGENCY] StoneBridge Way stating they saw two males jump there fence one male was wearing a hoodie and blue jeans. Shortly after Unit 086 advised he had a Kia soul sitting at Granite Way and StoneBridge Way with 4 males sitting inside.

Unit 484 Ofc. Hull and the County Deputies conducted a felony stop on the vehicle and were able to detain four males. While that was happening I was looking at the camera footage from the ring door bell camera. In the video you can see a subject wearing a White or Gray hoodie with the hood up and with dark color pants walk up from the street area and crouch down for about 4 to 5 seconds in front of the left side garage, the male then quickly gets up and walks back toward the street. I can not see if the male opens the garage or not due to the angle of the camera and the quality.

One of the males that was detained matched the clothing description in the video, the driver was wearing a Gray hoodie and dark color pants and had dirt on his clothing. All the subjects were brought together and Miranda Rights were read to the four males all at once.

When asked what they were doing they all stated they were just out knocking on doors and playing ding dong ditch. When asked about the garage door being open they stated they did not try to open the garage door they just kicked it. All four subjects were placed under arrest. With what I could see in the video the decision was made to charge the subjects with Criminal Trespass. All subjects were placed in hand cuffs behind their back, double locked, and checked for proper fit. I transported the driver and the other subjects were transported by a CCSO unit, Unit 484, and Unit 485.

The vehicle a 2010 Kia Soul was towed by Johnnys Wrecker and has a hold placed on it. While doing inventory for valuables Sgt. White Unit 424 located a 9mm hand gun in the glove box of the vehicle. The Millenium Firearms 9mm hand gun was placed into evidence for safe keeping. The driver did claim the firearm and stated it was registered to his grandfather the driver is only 19.

As of right now the victim stated nothing was missing from the garage, I advised the victim to try and download the video footage and to contact the Police department when he did.